High-end house rents in Lower Mainland plunge up to 20 per cent as inventory spikes: experts 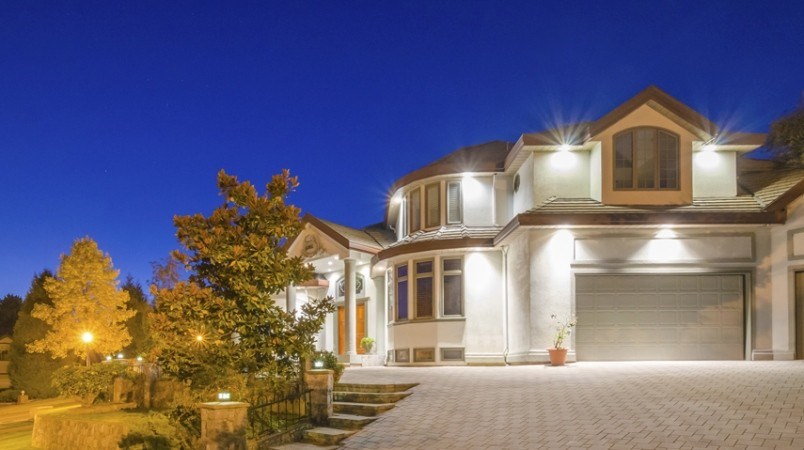 Apartment rental vacancies may still be tight, but for those looking to rent a high-end house in a desirable neighbourhood, now might be your chance for a relative steal.

The dramatic slowdown in the detached home resale market combined with the introduction of the speculation and vacancy tax and other demand-side measures have prompted a host of owners of pricey houses to rent their homes, according to the president of a property management company.

Petr Vokoun, who co-owns Orca Realty, told Glacier Media in an interview that over the last six months, the "deterioration" of the detached house resale market and the threat of the speculation tax has resulted in his company getting a slew of phone calls from luxury home owners. These are either from owners - both domestic and overseas - who can't sell their high-end homes and have reluctantly decided to rent out their property instead, or non-occupier owners, largely those based overseas, who want to avoid paying speculation tax on their currently vacant, multimillion-dollar investment properties.

"The speculation tax, as well as the collapse in the housing market, is definitely going to affect rental rates in the high-end rental market," said Vokoun. "A $3 million house that would have rented for $5,000 a year ago will likely rent for around $4,000 a month today. What we're seeing is that rental rates have decreased up to 20 per cent from the spring of 2017, and it's getting even worse. And when you look at the ratios, if a person owns a $3 million property, to get $4,000 a month for it probably doesn't make financial sense for them."

He added, "It's getting to the point where there's some desperation in the market, especially as now these owners also can't sell these homes. It's really spiking the rental inventory, in a way that I haven't seen before in over a decade of property management."

The spike in high-end rental inventory is "probably around 90 per cent due to owners not being able to sell their home, and 10 per cent due to those who don't want to pay the speculation tax," Vokoun assessed.

He observed that there could be an opportunity for tenants with a healthy budget to rent a much better home than they could a year or two ago. "For tenants with a budget of $4,000 a month, previously on the North Shore they could get a pretty beaten-down house for that - now they can get a really nice house worth at least $3 million. And someone who has $5,000 a month has a huge amount of choice on the North Shore today."

For those international owners of $10 million-plus homes that are currently standing empty, if they are wealthy enough not to rent them out, can't they afford to simply pay the speculation tax? "Overseas owners are coming to us and realizing they need to do something about it," said Vokoun. "We just picked up a $22 million home that the owner needs to rent, because if he doesn't rent it, he'll have to pay $440,000 a year in tax. To pay that kind of money on tax, that's when they've got to do something."

Vokoun agreed that not many tenants are in the market to rent a $22 million house. "It'll be rented out furnished on a short-term basis, such as to movie stars that are in the city for a few months on a shoot, or to a Hollywood studio that wants to use it as a location. It may not be rented out for six months of the year [the requirement to be exempt from the speculation and vacancy tax] but it'll be rented it out at $35,000 a month, and we'll give it a shot."

Orca Realty is based on the North Shore, but Vokoun said that high-end rental inventory is surging across the region, from what he has discussed with other property managers. "In downtown Vancouver, as soon as you get above $3,500 a month in rent, the inventory is spiking," he said.

Nan Kumlin, property manager with Luxury Rental Suites, the luxury rental division of Century 21, agreed with Vokoun's assessment but added that other factors were also affecting high-end rentals in the City of Vancouver.

"There's a huge inventory spike in higher-end furnished rentals in Vancouver, and I agree that it's to do with the market slowdown and taxes. But in Vancouver, it's also to do with the changes in Airbnb rules. Owners of investment properties who were renting them out on Airbnb are now not legally allowed to do that, so they have to rent them out long-term. That's affected the rental market as well."

She said that there was a temporary spike in the asking rents for such properties, as these owners are accustomed to getting hundreds of dollars per night, and have been pricing the new monthly rents accordingly - but these rents are now being slashed as the homes fail to attract long-term tenants. "The market can't bear those kinds of prices, and it just takes time for owners to get educated," said Kumlin. "In the past couple of months I've seen huge price reductions. Those price reductions are to do with the recent freeze in the sales market, the empty homes tax and the Airbnb rules."

Will there be a trickle-down effect that will reduce rents on less-expensive properties?

"Absolutely - it has to," said Vokoun. "The sales slowdown started with detached homes, but now also condos and townhomes are slowing down too, which in turn will spike rental inventory in the market and rental rates will go down. That's what I'm seeing. And the speculation tax - as well as Vancouver's empty homes tax - will exacerbate this effect."