Blame it on Mary Beary. It seems Campbell River has its own answer to the celebrity British baker of similar name, an expert who knows exactly what she likes.
Dec 7, 2019 4:00 AM By: By Times Colonist 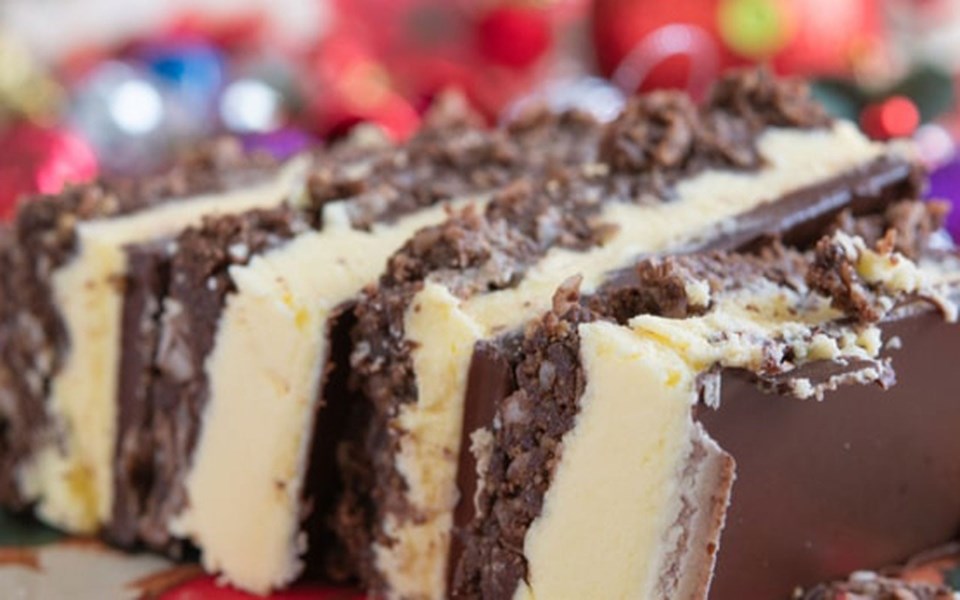 The bear consumed an 11-by-16-inch pan’s worth of mint Nanaimo bars. Photo: Shutterstock

Blame it on Mary Beary.

It seems Campbell River has its own answer to the celebrity British baker of similar name, an expert who knows exactly what she likes.

Except the Vancouver Island version isn’t as genteel, as Sharla Marr discovered Friday when she found a bear had robbed her of her Christmas baking.

It wasn’t just that the bear made a mess. It’s that it went straight for the good stuff, leaving traditional bear fare alone.

Marr, her husband and their three-year-old and 2 1Ú2-month-old children live in a residential neighbourhood at the south end of Campbell River, near a forested area. She has found bear scat in her yard before, but had never seen one of the animals.

On Friday morning, though, she awoke to find one had raided the upright freezer that the Marrs keep in their carport, squeezed in with their SUV. “It’s not like there was a lot of space to get in there.”

Marr, a trained baker who takes orders for other people, particularly at Christmas, found that’s what the bear zeroed in on, leaving other foods scattered on the carport floor.

“He took a box of meatballs out, but didn’t put it back like a good bear.” Ditto for the pollock and smoked salmon. Didn’t touch the blackberries, either. “I thought that they ate fish and berries. Is that not a typical bear diet?”

Not this bear. It turned up its nose at the venison in the freezer but wolfed (beared?) down a whole kilogram of peanut brittle, consumed an 11-by-16-inch pan’s worth of mint Nanaimo bars and helped itself to the chocolate truffles. Licked the containers clean, too.

The bear took a bite out of a loaf of bread, got into a bag of frozen taquitos and might have had a bit of chicken, but mostly appeared interested in dessert.

“He really only took the baking.”

In return, the bear left behind a gift of its own.

“He literally pooped right on the doorstep, on the metal plate. I don’t even know how that’s possible.”

Oh, bother, as Winnie the Pooh would say.

Marr believes she was awakened by the bear in the wee hours Friday. “Last night, I heard noises but thought it was my three-year-old. I’m so mad at myself for not looking.

“At least it was outside, but still, it’s not something you want to wake up to in the morning.”

She hopes the bear has a stomach ache.

Marr is wary about returning the freezer to the carport, fearing the bear might come back for seconds. “Even if we lock it, I’m worried to put it out there.” The bear might damage the freezer while trying to break in.

“At least our turkey wasn’t in there. He hasn’t ruined Christmas dinner.”

Pandemic prompts B.C. to suspend civil jury trials for a year
Sep 18, 2020 5:14 PM
New COVID-19 cases linked to actions during Labour Day weekend: B.C. government
Sep 18, 2020 4:18 PM
Royal B.C. Museum to get new research building to help accessibility
Sep 18, 2020 3:21 PM
Comments
We welcome your feedback and encourage you to share your thoughts. We ask that you be respectful of others and their points of view, refrain from personal attacks and stay on topic. To learn about our commenting policies and how we moderate, please read our Community Guidelines.