B.C.’s motor-vehicle insurance provider continues to bleed money, with new numbers showing Insurance Corp. of B.C. posted a net loss of $860 million in the first nine months of its fiscal year, putting it on track to lose $1.
Feb 10, 2019 3:00 AM By: Katie DeRosa / Times Colonist 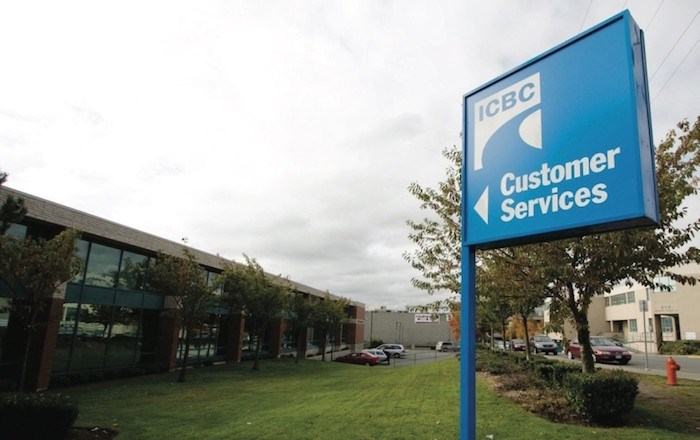 The Insurance Corporation of British Columbia posted a net loss of $860 million in the first nine months of its fiscal year, putting it on track to lose $1.18 billion this year. Photograph By DARREN STONE, TIMES COLONIST

B.C.’s motor-vehicle insurance provider continues to bleed money, with new numbers showing Insurance Corp. of B.C. posted a net loss of $860 million in the first nine months of its fiscal year, putting it on track to lose $1.18 billion for the full year.

This is driven largely by prolonged legal battles with people injured in crashes who are demanding higher settlements, says ICBC CEO Nicholas Jimenez. The losses are much higher than the $890 million ICBC anticipated it would lose for the entire fiscal year ending March 31.

“I think everyone is really frustrated with what’s going on,” Jimenez told the Times Colonist.

“The trends that we’ve seen in the last year in terms of costs drivers of injury claims, it’s unsustainable.”

ICBC paid out nearly $5 billion in net claims in the first three quarters, an increase of about $600 million over the same period last year.

Jimenez said major overhauls to B.C.’s auto insurance starting April 1 — including a $5,000 cap on minor injury claims and a dispute resolution process to keep more minor claims out of court — could save the insurance provider $1 billion per year.

Trial lawyers have said they will challenge the changes because they erode the rights of British Columbians.

While the nature of people’s injuries haven’t changed dramatically, the average cost of litigated injury claims has jumped by 20 per cent to $121,826 in 2018 from $101,920 in 2017. ICBC is also paying 21 per cent more for the use of medical experts, a cost which in most cases, must be covered by the public insurer.

A review of 1,200 injury files in excess of $100,000 found that the injured person’s lawyer presented an average of six medical experts, many with overlapping skills, ICBC said. This exceeds the number of experts who testify in some murder trials across the country, Jimenez said.

“The reality is the other side is getting more aggressive and they’re working these files harder, trying to build them up to be a larger claim,” Jimenez said. “So we have to confront that.”

Almost half of each litigated settlement pays for legal fees. That money would be better spent paying for the medical care, recovery and treatment of people injured in car crashes, he said.

As of December 2018, ICBC had about 5,600 pending “large loss claims,” which means they each cost the insurer nearly half a million dollars. That’s an increase of 34 per cent over 2017.

Attorney General David Eby has described the financial peril of ICBC as a “dumpster fire.” In the last fiscal year, ICBC lost $1.3 billion.

In a statement Thursday, Eby said: “Until major reforms kick in on April 1 of this year, ICBC’s financial situation remains critical and is worsening.”

“Losses of this magnitude are unsustainable and unacceptable,” Eby said. “The reforms that will come on April 1 will fix much of this broken system. However, until staff are hired and trained and new systems come online, we are stuck under the old system.”

Eby said crashes that happen before April 1 will continue to be handled under the old rules.

“To keep auto insurance affordable and make sure injured British Columbians get the appropriate care they need, we must bring this broken system under control,” he said.

ICBC plans to raise rates by 6.3 per cent this spring.

Several other provinces have brought in caps on the payout for minor injury claims.

The average driver in B.C. pays $1,680 annually for auto insurance, highest in the country, according to the Insurance Bureau of Canada. The bureau has lobbied for the government to adopt the private insurance model in Alberta and Ontario.

But in 2017, a report commissioned by the Ontario government found that province’s private auto insurance system is one of the least effective in Canada, with higher than average premiums. The report said Ontario drivers paid an average of $1,458 in 2015, versus a national average of $930.

Ontario has also struggled with rising claims costs and the report found that a “high percentage of premiums are being used to pay experts and lawyers and not going directly to injured persons.”

B.C., Saskatchewan and Manitoba have publicly provided auto insurance. Apart from Quebec, which has a mix of public and private insurance, all other provinces offer private auto insurance.

Jimenez said the suggestion that ICBC’s financial woes would be fixed if drivers were offered more options through private insurance is nonsense.

“We could have the exact same model being delivered by private insurers and we’d have the same problem we have today.”

'Wacky' summer on the water: COVID ups the volume and safety concerns near Deep Cove
Aug 10, 2020 5:37 PM
B.C. provincial health officer calls on younger people to avoid parties
Aug 10, 2020 5:20 PM
Man charged with manslaughter after June death of woman in Surrey, B.C.
Aug 10, 2020 10:22 AM
Comments
We welcome your feedback and encourage you to share your thoughts. We ask that you be respectful of others and their points of view, refrain from personal attacks and stay on topic. To learn about our commenting policies and how we moderate, please read our Community Guidelines.