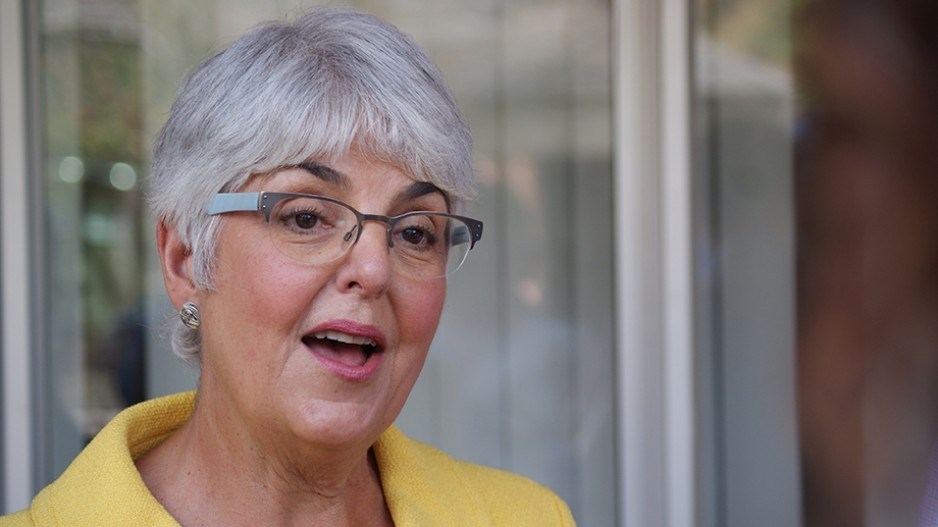 Canada's May unemployment rate was 13.7 per cent, the highest recorded since comparable data became available in 1976, Statistics Canada said in numbers released June 5.

In February, prior to the COVID-19 economic shutdown, the unemployment rate was 5.6 per cent, increasing to 7.8 per cent in March and 13 per cent in April.

Canada's labour market began a rebound in May as some 290,000 workers of an estimated three million who lost their jobs due to the COVID-19 pandemic gained work.

The crisis also resulted in increases in absences from work of 2.5 million people, Statistics Canada said

"Employment in British Columbia increased by 43,000 in May and the unemployment rate rose 1.9 percentage points to 13.4 per cent, as more people looked for work," the agency said.

But, she added, "the numbers continue to show a volatile labour market in every sector and region of our province."

"I'm pleased B.C. created 43,300 jobs in the month of May as people shift back into the labour market, but we have a long road ahead of us in our recovery. Total job losses since the pandemic began stand at 353,200 and B.C.'s unemployment rate sits at 13.4 per cent," James said.

"Those numbers are families, they are individuals, they are businesses," James said. "They have really struggled and continue to struggle as we move into recovery."

James said 28.9 per cent of job losses have been among youth.

She said 510,000 British Columbians have received the one-time $1,000 provincial wage subsidy in addition to federal pandemic benefits. She said further support will come in July with an increased climate action tax benefit for low- and modest-income people.

"We've worked with the federal government to expand the 75 per cent wage subsidy and protected the hardest-hit businesses from evictions," James said.

James stressed the latest numbers were gathered before B.C. began its restart May 21.

"You have to see that as good news," he said, adding that when the full monthly numbers that include the restart are released, "we have to expect a bigger bump."

He said by summer's end, it's possible half of job numbers will recover but stressed jobs related to international travel, tourism, air travel, conventions, large sporting events and theatres will likely remain hit.

The survey, covering 40,000 households May 10-16, said restrictions have begun to ease in British Columbia, Saskatchewan, Manitoba, Quebec and the Atlantic provinces with the exception of Nova Scotia while shutdowns largely remained in Alberta, Ontario and Nova Scotia as of mid-May.

The survey found that, in May, employment rose 1.8 per cent, while the number of people who worked less than half their usual hours dropped by 292,000, or 8.6 per cent.

"Combined, these changes in the labour market represented a recovery of 10.6 per cent of the COVID-19-related employment losses and absences recorded in the previous two months," the agency said.

However, compared with February, full-time employment was down 11.1 per cent in May, while part-time work was down 27.6 per cent.

For the self-employed, numbers held steady after a February to April decline of 79,000, or 2.7 per cent.

In May, 42.9 per cent of self-employed workers worked less than half their usual hours for COVID-19-related reasons, a drop from 50.2 per cent in April.

With restrictions easing, the survey found people beginning to return to their places of work. The survey found some 8 million Canadians who worked at least half of their usual hours worked at a location other than home. That number increased from 7.2 million in April.

But, the number of people working at least half their usual hours and doing so from home was little changed at 4.9 million.

The survey also noted increases in employment and hours in industries where occupation-related requirements make it necessary to be in close physical contact with others. Those include accommodation and food services, and wholesale and retail trade, the two industries where March and April employment losses were greatest.

James said those sectors remain much harder hit than others.

The survey reported that, in May, total hours worked across all industries grew by 6.3 per cent, compared with an increase of 1.8 per cent in employment. That increase followed a cumulative decline of 27.7 per cent from February to April.

The accommodation and food services industry experienced a greater drop in employment from February to April than any other industry.

In May, the increase in total hours worked (up 2.4 per cent) was less than the growth in employment (up 6.8 per cent). The survey suggests that may be an indication that employers' initial adaptation to the easing of COVID-19 restrictions involved re-hiring former employees or finding new workers.

Total employment increased more than twice as fast among men (up 2.4 per cent, or 206,000) than women (up 1.1 per cent, or 84,000) in May, resulting in a greater proportion of the employment losses experienced in March and April being recovered among men (14 per cent) compared with women (5.4 per cent).

That quicker pace of May employment growth among men can be seen across the three major age groups. The most notable difference was for those aged 55 and older, where employment increased by 4.2 per cent (up 85,000) among men, while it was little changed among women.

The survey said pandemic labour market impacts have been especially severe for youth and students. While employment among youth aged 15 to 24 increased by 30,000 (up 1.8 per cent) in May, it only slightly reduced cumulative employment losses (down 843,000, or 33 per cent) experienced February to May.

A crowdsourcing data collection on the impacts of the COVID-19 pandemic, carried out by Statistics Canada from April 19 to May 1, showed post-secondary students were experiencing the cancellation of summer jobs and considerable uncertainty about the future.

Also on June 5, Prime Minister Justin Trudeau announced $14 billion for provinces and territories to combat COVID-19 and the potential of a second wave.

The funds would be distributed as Ottawa and the provinces reach a "safe-restart" agreement for a coordinated effort to re-launch the Canadian economy post-COVID, Trudeau said.

James said she is awaiting details of how that funding would work.

B.C. government brings in changes to workers' compensation system
Jul 14, 2020 4:00 PM
Eight more projects set to receive funding for wild salmon restoration in B.C.
Jul 14, 2020 3:44 PM
75-year-old Coquitlam facing charges related to historical sexual abuse: RCMP
Jul 14, 2020 2:44 PM
Comments
We welcome your feedback and encourage you to share your thoughts. We ask that you be respectful of others and their points of view, refrain from personal attacks and stay on topic. To learn about our commenting policies and how we moderate, please read our Community Guidelines.