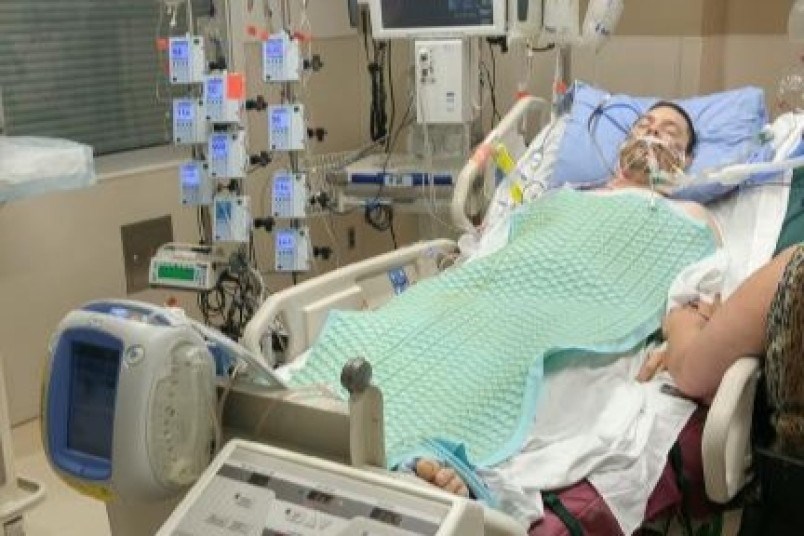 FAMILY FUNDRAISING Whistler residents can donate to help Marcel Gaudry recover from a lawn mower accident, which resulted in his foot being amputated. Photo by Bridge River Lillooet News

Lillooet's Marcel Gaudry is back home after surgery in Kamloops.

Gaudry had part of his foot amputated following a lawn mower accident earlier this month.

His mother Gail said her son's spirits have picked up noticeably since Gaudry, who is on the autism spectrum, arrived at Lillooet Hospital.

He is ready for local visitors, his mom said.

"It's a long day when all he's doing is watching videos. He's accustomed to having people with him 24/7 and the more people that drop in, even if it's only for five minutes, the happier he is," she told the Bridge River Lillooet News. "He says, 'Hi' to everybody who walks by in the hallways because he wants that social contact he's accustomed to having."

The family will only be in Lillooet for two or three weeks before Gaudry returns to Royal Inland Hospital in Kamloops. He will have skin grafts at that time and after they heal, he will start a rehabilitation program.

Immediately after the accident, Gaudry, 33, suffered blood clots in his lungs that travelled to his heart, which then caused four cardiac arrests, according to an online crowd funding site set up to help the family.

After Gaudry's accident, family friend Ruth Moyer placed donation jars in various local businesses. As of Sept. 19, more than $1,800 had been donated to assist the Gaudry family with expenses. So far, the GoFundMe account has raised $3,160 of its $5,000 goal.

If Whistler residents would like to help the family the online fundraiser can be accessed at www.gofundme.com/funds-for-marcel-gaudry-and-family.

An account has also been set up at the Lillooet branch of Interior Savings Credit Union donations may be made to account #918839.

Federal government announces wildlife conservation fund for southeastern B.C.
Aug 4, 2020 12:26 PM
Comments
We welcome your feedback and encourage you to share your thoughts. We ask that you be respectful of others and their points of view, refrain from personal attacks and stay on topic. To learn about our commenting policies and how we moderate, please read our Community Guidelines.