Almost four months after losing it in the snow at Big White, a man has been reunited with his wedding ring. In January, Greg Hedges stopped under the Snow Ghost Express chair to take a photo of a friend.
May 29, 2019 9:50 AM By: Nicholas Johansen / Castanet 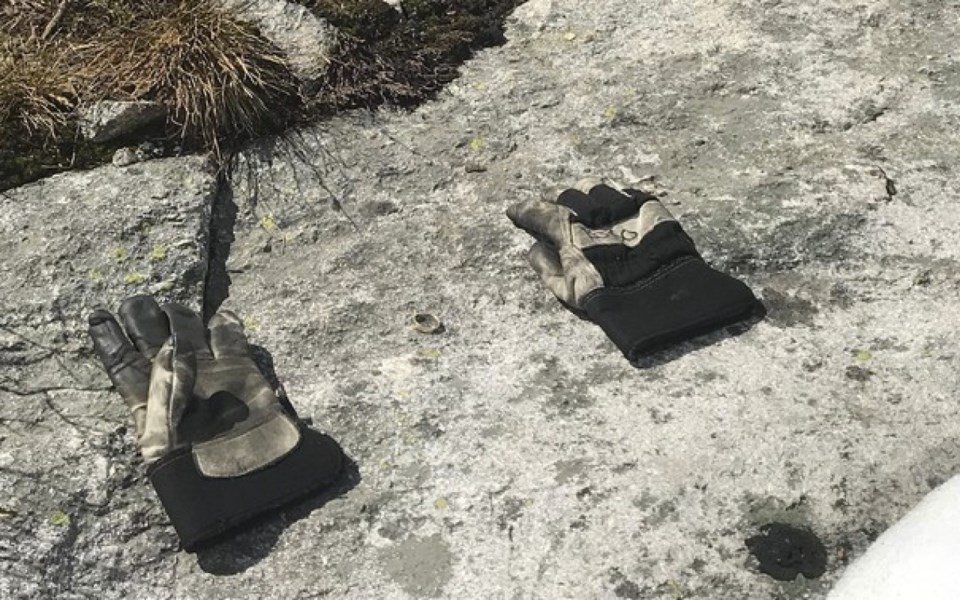 Almost four months after losing it in the snow at Big White, a man has been reunited with his wedding ring.

In January, Greg Hedges stopped under the Snow Ghost Express chair to take a photo of a friend.

"I hadn't been skiing for a few years, and had forgotten the lessons about vasoconstriction in the cold," Hedges said. "I popped my gloves off and put out my left hand in the soft snow to steady myself. Pop – I felt the ring come straight off when I removed my hand from the snow."

He searched around but came up empty handed.

After informing the ski resort of the loss, two of Big White's millwrights were asked to keep an eye out for the piece of sentimental jewelry.

"Thursday was the last day we were going to be out on the snow," Bobert said. "Snow will often move things, and so I just started a far ways down from the unload area of the Snow Ghost, worked my way up, and after about 15 minutes of scanning the ground, I happened across a ring on a rock."

Hedges said he was grateful for such a consistent effort to find the ring.

"Who would have thought it would park itself in the middle of a big rock?" Hedges said. "I'm so grateful for Big White for their phenomenal customer service. This is one of the most precious items you own, there's so much sentimental value wrapped around it."

Bobert said staff find all sorts interesting things on the slopes once the snow melts, from wallets to keys to GoPros.

"Things could've been there for 10 or 15 years," Bobert said. "We often have treasure hunters on the hill with metal detectors doing their own thing. We were keen to find the ring before someone else did."

Green Leader Furstenau says party aims to run 87 candidates in election
Sep 27, 2020 4:54 PM
Comments
We welcome your feedback and encourage you to share your thoughts. We ask that you be respectful of others and their points of view, refrain from personal attacks and stay on topic. To learn about our commenting policies and how we moderate, please read our Community Guidelines.