Only 13 per cent of those surveyed think it would be wise to allow live sporting events
May 5, 2020 2:45 AM By: Mario Canseco / Glacier Media 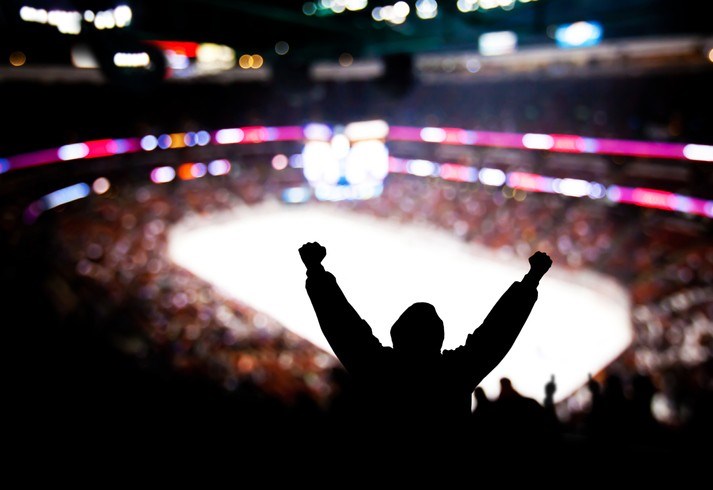 As most Canadian municipalities begin their eighth week of lockdown, pressure is building for to develop plans to restart the economy. Research Co. and Glacier Media asked Canadians about the state of affairs in their province, as well as their opinions on when certain activities should be allowed again.

Across the country, more than half of Canadians (53 per cent) agree with their provincial government's plan to ease restrictions related to the COVID-19 pandemic, while 39 per cent disagree and eight per cent are undecided.

The major difference observed on this question lies in the intensity of the endorsement from Canadians, with agreement for provincial proposals being mostly moderate (47 per cent). In fact, strong disagreement with the plans outranks strong agreement by a margin higher than three to one (21 per cent to six per cent).

In Ontario and Quebec, where provincial administrations have already announced some guidelines for easing restrictions, majorities of residents are in favour of the proposals (56 per cent and 51 per cent respectively). Most British Columbians (55 per cent) and Albertans (53 per cent) are also satisfied with the decisions of their provincial governments, even if they have not been as adamant as the two eastern provinces on setting dates for specific milestones.

The views change when Canadians are asked about allowing specific activities to happen in their province before the end of May. Just under three in 10 are in favour of resuming dine-in service at coffee shops (28 per cent). Slightly smaller proportions also agree with opening barber shops and salons (26 per cent) and enjoying a meal inside a restaurant (25 per cent).

Smaller proportions of Canadians are in favour of enjoying fitness and entertainment services before the end of May. Only 20 per cent would consent to opening movie theatres, gyms and community centres, and just 13 per cent think it would be wise to allow live sporting events.

Quebecers are more likely to be in favour of opening coffee shops (32 per cent) and restaurants (31 per cent) than Canadians in other regions. Still, this means that more than two-thirds of the province's residents are not convinced that abandoning restrictions is a prudent course of action at this stage.

The yearning for live sporting events-something that will prove impossible in the next four weeks due to setbacks related to travel and athlete conditioning-is strongest among men (22 per cent), Ontarians (17 per cent) and Quebecers (15 per cent).

The poll outlines a clear struggle. While most Canadians trust their provincial governments to do the right thing when pondering a post-outbreak economy, significantly fewer think we are ready to undertake specific actions. The reason for this gap is plainly emotional. When Canadians are asked to select four feelings they may have about the COVID-19 outbreak, the top answers are sadness (66 per cent), fear (64 per cent), anger (32 per cent) and angst (27 per cent).

More than three in five Canadians are currently experiencing sadness and fear, which are indubitably connected with the loneliness that the lockdown has bestowed and the distress of attempting to figure out what comes next and how.

Unfortunately, there are also some Canadians who are reporting an increase in aggressive behaviour in spite of all the reminders about solidarity. One-third (34 per cent) have seen this among shoppers inside stores-a proportion that rises to 45 per cent among those aged 18 to 34.

As the plans for reopening the economy continue to be drawn and revised, Canadians are cautiously optimistic of what their provincial administrations want to do, but many are not convinced that certain services should be readily available this month. We may look at our response to this crisis as superior to what has been experienced in the United States, Italy and Spain, but it does not mean that Canadians are willing to proceed with daily routines soon.

With more than seven in 10 Canadians considering that restaurants, barber shops and gyms should not be open before June, the notion of an influx of customers that would overwhelm venues seems unlikely. Canadians are still wary about the pandemic, and a provincial order will not convince everyone that all is fine. It will take extremely skillful messaging and an overly reassuring attitude from the same people who successfully pleaded with us to stay home, to invite us out.

Results are based on an online study conducted from April 27 to April 29 among 1,000 adults in Canada. The data has been statistically weighted according to Canadian census figures for age, gender and region. The margin of error - which measures sample variability - is plus or minus 3.1 percentage points, 19 times out of 20.