Report reveals extreme neglect and ugly conditions at five long-term care facilities
May 26, 2020 8:25 AM By: The Canadian Press / Glacier Media 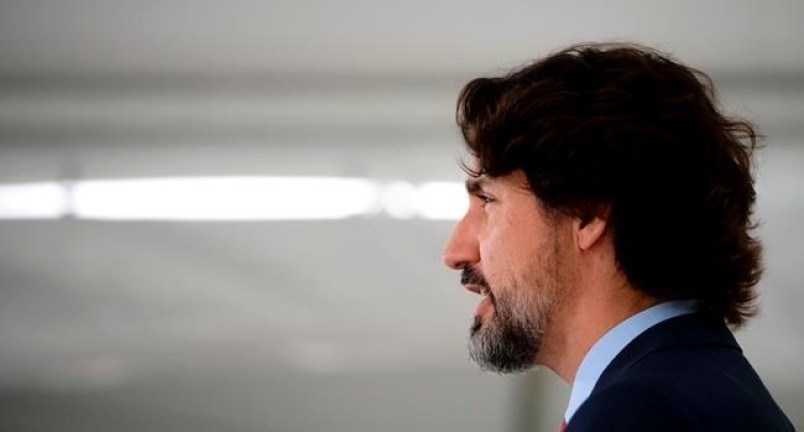 Prime Minister Justin Trudeau holds his daily briefing from Rideau Cottage amid the COVID-19 pandemic in Ottawa on Tuesday, May 26, 2020. Photo by Sean Kilpatrick / The Canadian Press

A new report from the military helping battle COVID-19 in five long-term care facilities in Ontario has revealed extreme neglect and exposed the extent of the ugly conditions facing residents, prompting Prime Minister Justin Trudeau to offer help for what he called an infuriating situation.

The report found people left in filth for weeks, others left on the floor where they had fallen, cockroach infestations, people choking while being improperly fed, patients with brutal pressure sores, and seniors pleading for help for hours to no avail.

Premier Doug Ford raised the prospect of criminal charges as he grasped for words to describe what he had read.

"It's appalling. It's disgusting," an emotional Ford said. "The dignity of these patients in long-term care, not being cleaned? These are standard operating procedures."

At the request of Quebec and Ontario, the Canadian Armed Forces have been helping out at nursing homes, which overall have accounted for most of Canada's 6,638 deaths from coronavirus disease. More than 80 per cent of fatalities in Quebec have been in such facilities.

Ford, who said he was concerned at least some other homes in the province and elsewhere in Canada were in similar crisis, made the military document public.

"You need to know exactly what I know," Ford said.

The five Ontario facilities cited in the report are Orchard Villa in Pickering (69 deaths), Grace Manor in Brampton (11 deaths), and three Toronto homes: Altamont Care Community, with 52 deaths, Eatonville Care Centre, with 42, and Hawthorne Place, with 39. At least one faces a proposed class-action lawsuit.

Ford, who has asked the Canadian Forces to extend its homes mission for another 30 days, thanked the military for exposing the issues. He called it the worst report he had ever read, and promised action to fix what he called a broken system.

"It was gut-wrenching. I was up all night thinking of this," Ford said. "There'll be accountability, there'll be justice."

The premier said one death had been referred to the chief coroner, who would share findings with police for a possible criminal investigation. Inspectors would also be looking into "critical incidents."

Quebec's ombudswoman said she would investigate why so many seniors had died from COVID-19 in facilities for older seniors. The Green party, however, called on the Trudeau government to launch a national inquiry into the "horrific tragedy" that has unfolded in long-term care homes.

The COVID deployment has also exposed military members to the virus.

As of Tuesday, the Armed Forces reported that 39 members working in long-term care homes in Ontario and Quebec had become sick—a 30-per-cent jump in less than a week. Of those, 24 infected were in Quebec and 15 in Ontario.

Some good news did emerge from Ontario, which reported its lowest number of new cases— 287—in more than two weeks. That's down sharply from the more than 400 a day reported over the previous five days. However, 21 more people died from the disease.

The ongoing battle to keep the novel coronavirus in check comes as a blanket of hot, humid air settled over much of south Central Canada, while anti-pandemic measures have closed many places where people might usually seek relief.

Heatwaves can be dangerous for those with health conditions. In Quebec, for example, only about one-third of long-term care rooms have access to air conditioning. Elsewhere, with malls, swimming pools and most cooling centres closed, authorities have been trying to come up with ways to mitigate the concern.

The City of Toronto, for example, has opened six designated sites from 11 a.m. to 7 p.m. at otherwise idled community centres, a stark contrast to the hundreds of sites that would normally be available to cool off. The centres have a total combined capacity of about 580 people—or one person for every four square metres.

Environment Canada did say conditions would moderate in the next few days.

The comments from Trudeau and Ford came after a new poll found a substantial mistrust of governments when it comes to the pandemic. Half of Canadians said governments were hiding information about COVID-19, while some said they believed conspiracy theories about the origins of the virus, according to the survey from Leger and the Association for Canadian Studies.

-With files from Canadian Press reporters across the country.

This report by The Canadian Press was first published on May 26, 2020.

COVID-19 cases linked to private hotel parties in Kelowna B.C., climb to 13
Jul 14, 2020 9:59 AM
Comments
We welcome your feedback and encourage you to share your thoughts. We ask that you be respectful of others and their points of view, refrain from personal attacks and stay on topic. To learn about our commenting policies and how we moderate, please read our Community Guidelines.