Howard the World's Tallest Gnome may well be the world's most popular gnome. Close to 100 interested parties have put their names forward to take on the 7.
Mar 12, 2019 3:39 AM By: Carla Wilson/Times Colonist 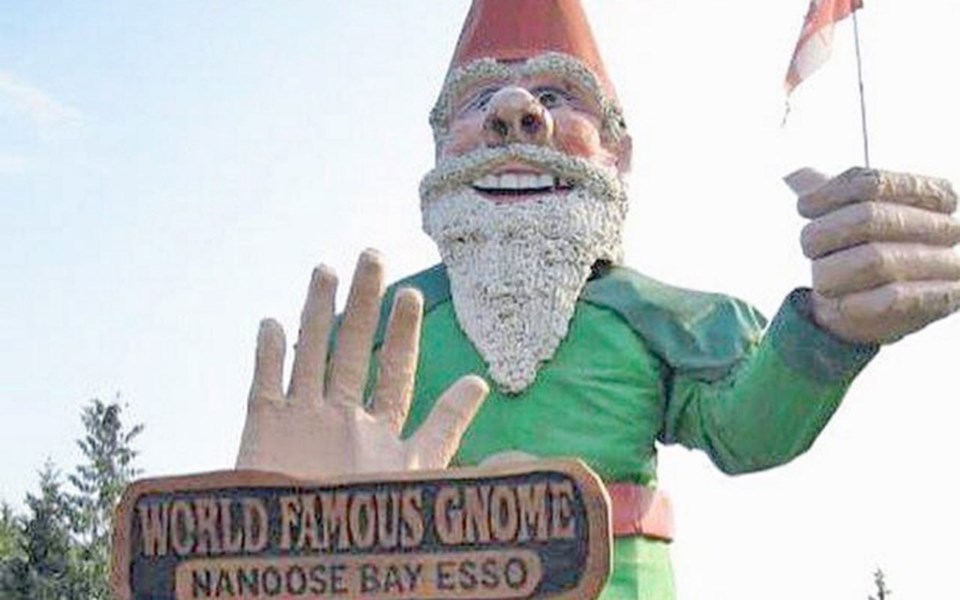 Howard the World's Tallest Gnome may well be the world's most popular gnome.

Close to 100 interested parties have put their names forward to take on the 7.91-metre-tall gnome, which needs to be relocated from its current Nanoose location, said advocate Bridget Matewish. Her grandfather Ron Hale constructed Howard at home.

The family will be reviewing offers mid-month, Matewish said on a new Facebook page dedicated to Howard the World's Tallest Gnome.

This process will be "taking into account all things ... logistics, longevity, and who will take the best care of him for the duration of his life, and coming to a decision as a family," Matewish said on Facebook. She could not immediately be reached today.

"The money will be used to purchase him a brand new trailer to replace the rotten base he is currently on, completely repaint him, as well as repair his plaster hands and foam face. Any remaining money will be donated to the Parksville SOS to support those most vulnerable," the GoFundMe page said.

In 2009, the Guinness Book of World Records deemed Howard to be the world's tallest gnome.

The gnome is currently owned by Parkland Fuel Corp. of Calgary, property owner. Matewish said she was told that the roadside attraction must be removed by the end of April or it will be taken down.

Hale built Howard to promote the now-closed family-run amusement park Kiddieland, renamed Gnomemansland. The family closed the park and opened a service station, eventually selling it and the gnome.