The use of prescription and non-prescription opioid drugs ceased to be only an urban problem in British Columbia a few years ago.
Nov 6, 2018 4:30 AM By: Mario Canseco / Glacier Media 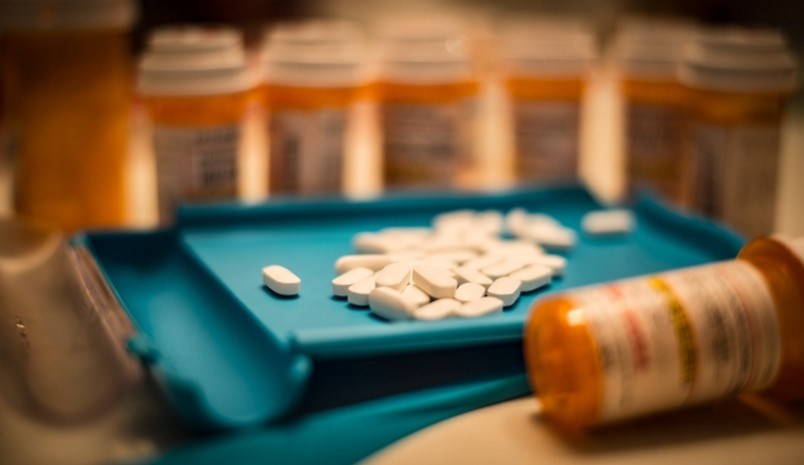 The use of prescription and non-prescription opioid drugs ceased to be only an urban problem in British Columbia a few years ago. Reports of deaths from drug use have multiplied across the entire province, and the dire state of affairs is also evident in other jurisdictions in North America.

In a recent Research Co. survey, almost two-thirds of British Columbians (64 per cent) describe the situation related to opioid drugs in their community as “a major problem.” Sizeable majorities of residents in every region of the province feel this way, from a low of 56 per cent in the Okanagan to a high of 75 per cent in the Fraser Valley. Gone are the days when we could label opioid drugs as a hindrance that affected only certain people in specific areas.

Last March, Prime Minister Justin Trudeau pledged to tackle the opioid problem and described it as an issue that is “at the top of our preoccupations” within the context of a public health crisis. Across British Columbia, 37 per cent of residents think Trudeau has been “good” in coming up with solutions to deal with the use of prescription and non-prescription opioid drugs, while 42 per cent consider his actions as “bad.”

In July, B.C. Premier John Horgan vowed to do more to deal with the situation after 130 opioid overdoses were reported in a single day. The verdict from the public is a bit more nuanced for Horgan, with 31 per cent of residents rating his actions on this file positively and 30 per cent rating them negatively.

While British Columbians appear befuddled by the performance of political leaders, there is nothing but clarity when it comes to the types of solutions they would like to see implemented to deal with the use of prescription and non-prescription opioid drugs.

The most popular idea to deal with the problem at hand, supported by 90 per cent of British Columbians, is launching more education and awareness campaigns about drug use.

Over the past few months, the federal government has produced several 30-second spots that delve into issues such as prescriptions, stigma and how to help a person who is experiencing an overdose. There is nothing in particular about discussing drug use with minors, and – aside from a description of what fentanyl is – very little about other opioids that can be obtained illegally.

Another notion that is well regarded by British Columbians is the creation of more spaces for drug rehabilitation, which is supported by 88 per cent of residents. In September, the federal and provincial governments announced a $71.7 million investment in what was described as “innovative treatment options for people with substance abuse disorders.” We will have to wait to see if this investment actually leads to a reduction in drug use and abuse.

Two other ideas are also supported by majorities of residents. Almost four in five British Columbians (78 per cent) believe it is time to reduce the prescriptions of opioids by medical professionals, and two-thirds (66 per cent) would like to set up more “harm reduction” strategies, such as legal supervised injection sites.

The most contentious concept is the decriminalization of all drugs for personal use. Half of British Columbians (50 per cent) voice opposition to this course of action, while 45 per cent are supportive. As expected, the idea is best regarded in Metro Vancouver, where some government officials have advocated blanket decriminalization for years.

In August, the provincial government launched a lawsuit against drug manufacturers and retailers in an effort to recover public-health costs associated with an increase in the use of opioids. An overwhelming majority of British Columbians (72 per cent) agree with this decision.

There is no political division on the legal-action question, with 81 per cent of BC New Democratic Partyvoters, 75 per cent of BC Green Party voters and 61 per cent of BC Liberal voters thinking the provincial government is acting appropriately.

Solving this problem will not be easy, and the solutions will probably not allow governments to score political points. In spite of this, British Columbians have been clear about what can be accomplished. Educating residents and helping those who want to stop using drugs are paramount, along with reducing our reliance on opioids for ailments and saving lives in safe-injection sites. Going after the pharmaceutical companies is also seen as a positive step for many British Columbians.