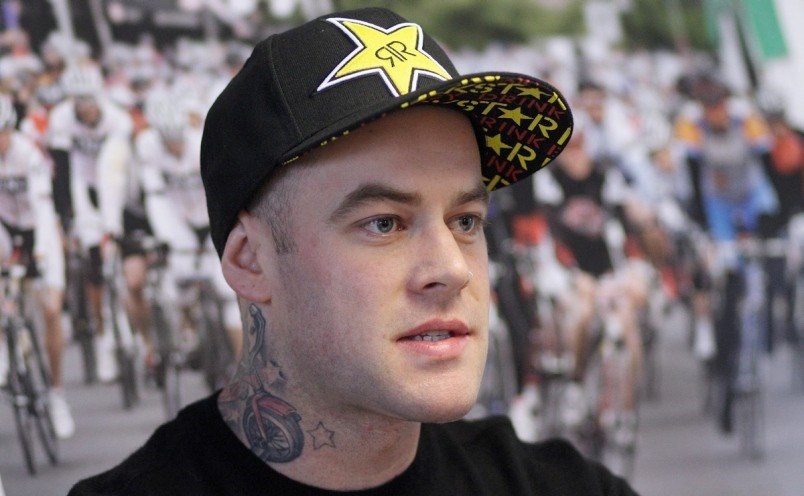 Jordie Lunn addresses the crowd during a press conference unveiling the field of the Victoria International Cycling Festival, at the Tourism Victoria Visitor Centre, in 2012. Photograph By ADRIAN LAM, Times Colonist

Mountain biker and freerider Jordie Lunn was a passionate rider who was always pushing himself and the sport to new limits.

"We are shattered to inform you a simple but tragic accident occurred and Jordie sustained a fatal head injury. Jordie lost his life doing exactly what he loved," his family said. "Jordie had an incredible 20-plus-year career as a mountain biker. He will always be cherished for his heart and love that he gave to his family, friends, and fans, as well as the incredible talent that he had on his bikes."

Lunn was born on Aug. 22, 1983. The 36-year-old, who grew up in Parksville and was living in Victoria, started riding at 11 years old, according to his profile on Rockstar Energy Drink, which sponsored the athlete. Lunn was a cross-country and downhill mountain biker for years before throwing himself into seemingly impossible stunts as a freerider.

He was the highest-ranked North American downhill racer in the 2003 World Cup standings and the first mountain biker to land a corked 720-a trick involving two complete rotations and a twist - according to Pink Bike.

His video series Rough AF, which has been viewed on YouTube by hundreds of thousands of people, shows Lunn riding trails through the forest, landing twisting backflips and taking off of massive jumps. His most recent video includes a stunt in which Lunn rides a near-vertical feature down a tree trunk.

Calvin Huth, a fellow rider and filmmaker who shot Rough AF 3, called it the scariest thing he had ever filmed. "I don't know how he pulled that off, but that will probably always be the craziest thing I'll ever witness on a bike," Huth said.

Huth remembered his friend as "the world's gnarliest teddy bear." Despite his intimidating appearance-Lunn was covered in tattoos, with gold grills in his teeth-Huth said he was thoughtful, friendly and always encouraging to other riders, especially children.

Lunn shared his passion for the sport with kids as a coach and with the wider community by building bike parks. He built several mountain- and dirt-biking trails around Vancouver Island with his family and friends, including the downhill biking trails at Bear Mountain Resort in Langford.

Scott Secco grew up watching Lunn in mountain biking movies like Roam and The Collective. "That passion for bikes that he helped stoke, turned into a career for me," said Secco, who works as a freelance mountain-bike filmmaker.

Lunn was an ambassador for mountain biking on the Island, helping to organize events in Parksville and Victoria that brought professional riders from around the world. "Contests like Peanut Butter Knife Fight, Fresh Air, and JumpShip put mountain biking in front of hundreds of spectators, fans, and non-riders alike, and helped fuel an interest in mountain biking for people everywhere," Secco said.

Lunn will be celebrated for inspiring young riders, his unique riding style and his big heart, said Secco.