It’s been quite a few weeks for the Nanaimo bar. First, the famed three-layer dessert got its own spread, so to speak, in The New York Times .
Apr 13, 2019 4:00 AM By: Lindsay Kines / Times Colonist 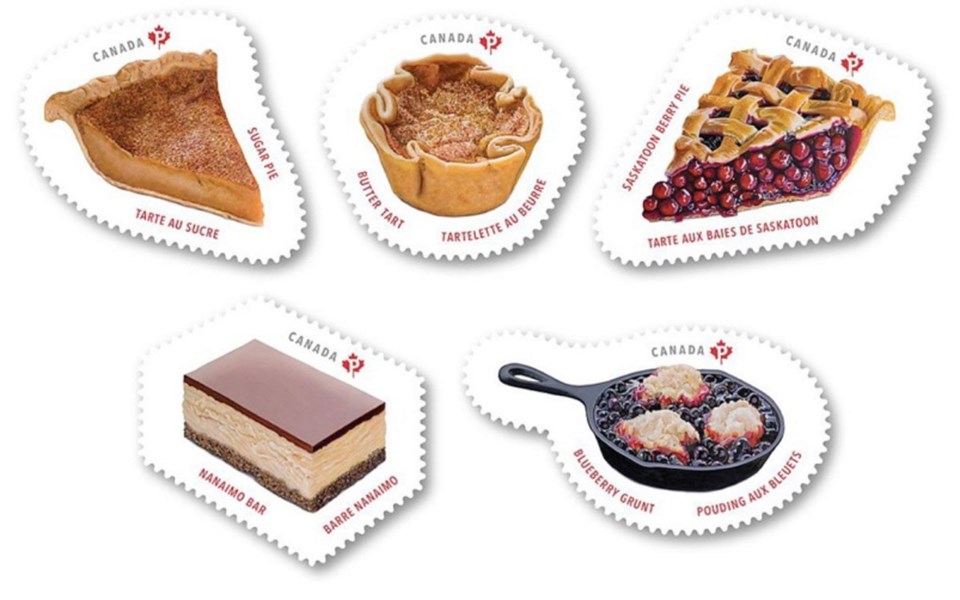 It’s been quite a few weeks for the Nanaimo bar.

First, the famed three-layer dessert got its own spread, so to speak, in The New York Times.

“Rich and chocolatey Nanaimo bars have been associated with their namesake Vancouver Island city since the no-bake recipe first appeared there in the 1950s,” Canada Post announced on its website.

The issue date for the stamps is set for April 17.

“I couldn’t be prouder than to have the dessert recognized as one of Nanaimo’s many contributions to the world,” he said.

The former MLA for Nanaimo credited the bar’s surge in popularity of late to its unparalleled taste.

“It’s popular because it’s really good,” he said, noting that Nanaimo bars were on the menu when then-U.S. president Barack Obama and his wife, Michelle, hosted Prime Minister Justin Trudeau and his wife, Sophie Grégoire-Trudeau, for a state dinner in 2016.

“It is a signature dessert for this country, up there with the famous butter tart and the other desserts,” Krog said. “I always say to everybody, whenever I’m at an event if there’s Nanaimo bar: ‘Be patriotic. Eat some Nanaimo bar.’”

The City of Nanaimo’s website describes the bar’s history as “elusive” and “shrouded in mystery.”

“Of course, we know that Nanaimo bars originated in Nanaimo, or they would be called New York bars or New Brunswick bars,” the site says.

As for the best way to make one, Krog holds to the results of a 1986 competition to find the ultimate Nanaimo bar recipe. The contest, spearheaded by then-mayor Graeme Roberts, was won by Joyce Hardcastle.

“That is THE recipe,” Krog said. “And that’s the recipe you want to make.”

Enter your wildlife photos in this BC SPCA contest
Jul 4, 2020 4:43 PM
Comments
We welcome your feedback and encourage you to share your thoughts. We ask that you be respectful of others and their points of view, refrain from personal attacks and stay on topic. To learn about our commenting policies and how we moderate, please read our Community Guidelines.