No B.C. travel ban yet, but province still looking at plans: premier

John Horgan is encouraging people from other provinces to stay away.
Feb 10, 2021 4:30 PM By: Nicholas Johansen / Castanet 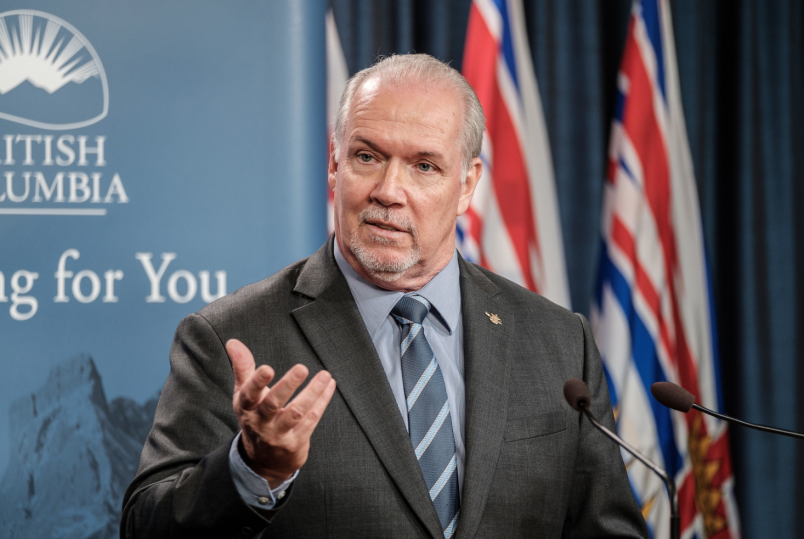 British Columbia continues to look at “various plans and protocols” to restrict travel into B.C. from other provinces, but no restrictions are being put in place at this time.

“We have staff working on various plans and protocols that we could put in place, we don't want to get caught short there,” Horgan said.

“We have been working with various officials, those that we used to shore up the federal government back last March and April by putting provincial government workers at various border points across the U.S. Border — we're looking at those plans but we have no plan at this point to implement them, but we are preparing.”

While there are no enforceable orders restricting access to B.C., Horgan continues to encourage people from other provinces to stay away.

And with spring break in B.C. schools about a month away, Horgan said these travel recommendations will likely remain until at least then.

“When spring break arrives, our advice will be, as it has been for months and months and months, stay close to home, try and stay within known bubbles, don't go and engaging in reckless behaviour, do your level best to stay safe and keep others safe around you,” he said. “That's the plan at the moment.”

Horgan noted that while he had hoped B.C.'s vaccination rollout to be “well advanced” at this point, “events beyond our control” have caused delays.

“But we have confidence that the commitments from the federal government for Pfizer vaccines this week and next week and beyond will get us on track and we'll have a lot of work to do,” Horgan said.