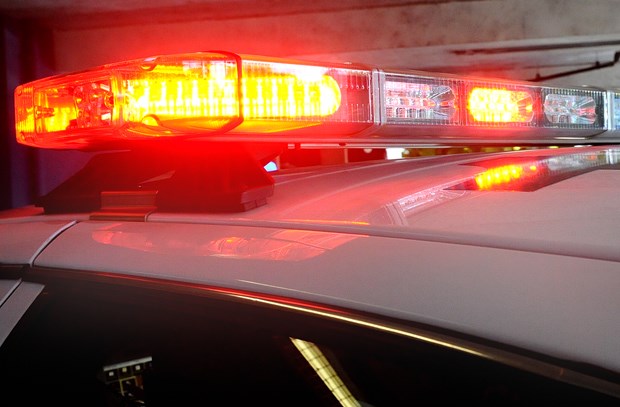 A North Vancouver police officer is on trial for assault following an allegation he punched a handcuffed suspect during an arrest.North Shore News files

A North Vancouver police officer is on trial for allegedly assaulting a suspect while he was in handcuffs on the ground during an arrest in October 2019.

Const. Hirday Olak, an officer with the North Vancouver RCMP, has pleaded not guilty to the charge.

Prosecutor Cory Lo told a judge Monday in North Vancouver provincial court the allegation is that after handcuffing a suspect during an arrest, Olak “applied further force that was unwarranted.”

In court Monday, two North Vancouver RCMP officers who were also on the scene that night testified they saw Olak quickly punch or “jab” at the suspect with a closed fist while he was lying on the ground in handcuffs.

But a third officer who was also there said he didn’t see or hear anything that resembled a punch.

The three officers described how the incident began shortly after midnight on Oct. 8, 2019 with a report of a suspect alleged to have been breaking into vehicles. One police officer spotted the suspect in the area of Main Street and Brooksbank Avenue and chased him on foot into a nearby wooded area.

Const. Cynthia Stevens testifed that when she arrived, the suspect was already on the ground in handcuffs and several officers were on the scene.

One of the other officers searched the suspect, said Stevens, and discovered a knife in the suspect’s waistband.

That was when Olak “grabbed the suspect by the shirt and asked him why he had such a big knife,” she said. Stevens said Olak then “jabbed him” three times quickly.

“I said he’s already cuffed,” she said. Olak then stopped, she said.

Stevens said Olak’s actions happened directly in front of her.

“You said they were not full-on punches,” he said.

“They were quick jabs,” she said. “It’s not like he pulled his elbow all the way back and sucker punched him.”

Stevens said the blows landed in the suspect’s rib cage.

The lawyer also questioned Stevens on the knife that was found on the suspect, described as having a foot-long blade. “It wasn’t a knife. It was a machete,” he suggested.

Under cross-examination, Stevens also agreed she had discussed the situation afterwards in text messages and a phone call with Const. Jonathan Poon, one of the other officers present that night.

Poon also testified Monday about arriving on the scene as three other officers were struggling to handcuff the suspect. Poon said he “placed my knee on the lower portion of the suspect’s back” while Olak delivered “three or four knee strikes” in an attempt to get the man to free his arm for handcuffs.

During a subsequent search, “a large machete was found,” said Poon. “When the machete was taken out from the suspect’s pants, Constable Olak delivered two or three punches to the suspect.”

Poon described the punches as having “minimal force.”

Constable Andrew Gilday was also on the scene that night. He also described Olak as initially delivering “knee strikes” to get the suspect handcuffed.

Afterwards, as another officer searched the suspect, Gilday said he saw a knife with a large blade being pulled from the man’s waistband. “I don’t know anybody that carries a sword, with a blade a foot long, in their pants,” he said. “That was a little odd.”

Gilday said he didn’t see or hear anyone strike the suspect.

“You didn’t hear anything related to a punch?” asked Gismondi.

“No,” said Gilday. “I didn’t hear anything that would suggest anything with any power behind it.”

Sgt. Gord Reid, an officer who was in charge of investigating the use of force allegations within the detachment, also testified Monday.

Reid described later trying to track down the man who’d been arrested that night - who had no fixed address - unsuccessfully at homeless shelters. But in February 2020, Reid said he was alerted that the man had been arrested in North Vancouver on another charge.

At the time, the suspect, Nicholas Hutton, was in poor physical shape and appeared to be high on drugs, said Reid. Reid said he took an audio statement, thinking he would talk to Hutton again later.

In the audiotaped statement, played in court, Hutton described one police officer jumping on him with his knee while others handcuffed him. “They wanted to inflict pain and I wasn’t resisting at all,” he said. Reid asked if Hutton recalled anyone striking him while he was handcuffed. Hutton said that happened “four or five times” although he said he had “no idea who” hit him. Much of his description about what happened that night was unclear and mixed up in other stories, including a claim he had found a bag with a woman’s arms in it on the Downtown Eastside.

Reid said he later talked to Hutton on the phone at a rehab centre and “he was much more lucid.” The man asked if he thought the issue was serious enough for him to testify, said Reid, adding he told the man he should talk to Crown counsel. But later phone calls and emails went unanswered, said Reid.