RCMP say they have found two bodies in northern Manitoba believed to be the two teen suspects wanted for three murders in Northern B.C.
Aug 7, 2019 5:21 AM By: Alaska Highway News 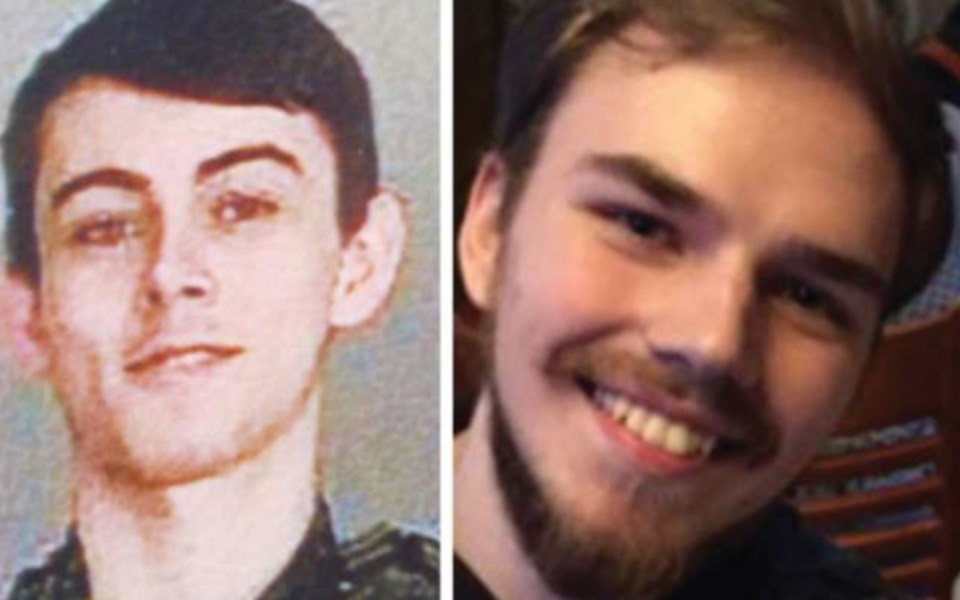 Murder suspects Bryer Schmegelsky (left) and Kam McLeod were still the subjects of a manhunt in Manitoba as of July 29.

RCMP say they have found two bodies in northern Manitoba believed to be the two teen suspects wanted for three murders in Northern B.C.

The bodies were found in dense brush one kilometre from where evidence belonging to Kam McLeod and Bryer Schmegelsky was found along the Nelson River, near Gillam.

It's believed the bodies are of Kam McLeod and Bryer Schmegelsky. Autopsies are underway to confirm their identities.

"I'm confident it is them," Commanding Officer and Assistant Commissioner Jane MacLatchy told reporters in Winnipeg on Wednesday.

Over the last two weeks, our officers have worked tirelessly to find the suspects wanted in connection to the homicides in British Columbia.

While there were no confirmed sightings since July 22nd, our officers never gave up in their search efforts – following-up on every lead, considering all options, and using every available resource.

Our officers knew that we just needed to find that one piece of evidence that could move this search forward.

On Friday, August 2nd, that one critical piece of evidence was found – items directly linked to the suspects were located on the shoreline of the Nelson River.

Following this discovery, we were, at last, able to narrow down the search.

We immediately sent in specialized RCMP teams to begin searching nearby high-probability areas.

At this time, we are confident that these are the bodies of the two suspects wanted in connection with the homicides in British Columbia. An autopsy is being scheduled in Winnipeg to confirm their identities and to determine their cause of death.

To the families of everyone affected by the series of events over the last few weeks, I know it has been so very difficult and I hope today's announcement can begin to bring some closure.

I want to thank the communities and the leadership of Gillam, Fox Lake Cree Nation, Ilford War Lake First Nation and York Landing.

Your lives have been disrupted, many of you lived with uncertainty and fear, but throughout, you were resilient, you came together as communities and you helped our officers get the job done.

To the officers involved in the search efforts; I commend you for your determination, for your innovation, for never giving up, and for working night and day to bring this search to a conclusion.

This was a search that could not have been successfully achieved without the help from our partners at the Canadian Armed Forces, from RCMP employees who came in from across the country and from multiple private partners.

Above all however, it was a search that could only be successful if we had strong public engagement and support.

Thank you to all Canadians for remaining vigilant, for calling us with information and most importantly, for being our partners.