One of every 10 residents in B.C.—usually the fittest province—has given up on exercise due to pandemic 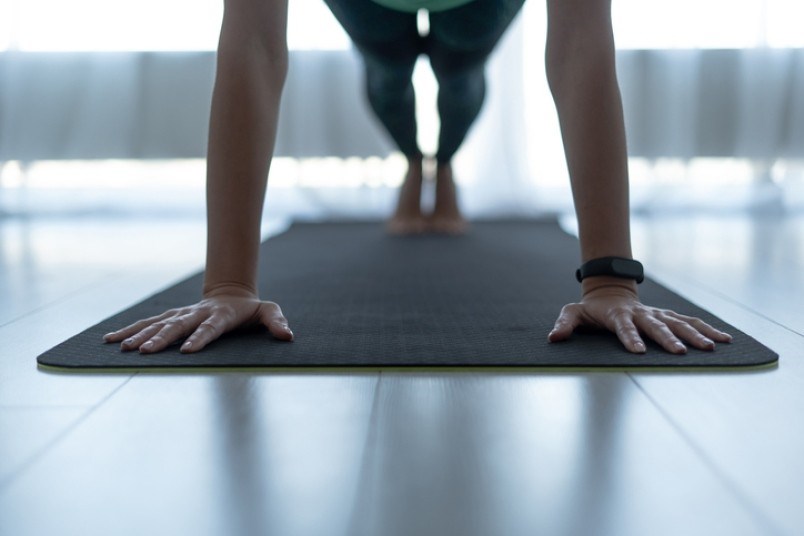 In this latest Research Co/Glacier Media poll, practically half of Canadians (49%) say their exercise routine has been affected by the pandemic. The biggest setback, affecting 33% of residents, is not being able to go to a gym or community centre.GettyImages.ca.

In late March, when Canadians were still trying to process the notion of a lengthy lockdown, Research Co. and Glacier Media asked a question about physical activity. At the time, 30 per cent of Canadians said they were exercising at home more often than before the COVID-19 pandemic, including 36 per cent of British Columbians.

Changing our habits is usually difficult. The first days of the lockdown may have motivated Canadians to act differently, but new traits are hard to stick by. By mid-April, some confided about overeating (29 per cent) and drinking too much alcohol (13 per cent) during the pandemic.

Just last week, we talked about the appreciation of millennials for goods baked at home and saw 30 per cent of Canadians acknowledge that they have gained weight during the COVID-19 pandemic. This time, our focus went back to exercise.

The Canadian Physical Activity Guidelines recommend that adults in Canada accumulate at least two and a half hours of moderate- to vigorous-intensity aerobic physical activity per week. Across the country, more than a third of Canadians (36 per cent) told us that they were able to meet this goal "every week" before the COVID-19 pandemic began, while 24 per cent were able to do this "on most weeks."

Almost two in five Canadians aged 18 to 34 (38 per cent) and aged 35 to 54 (also 38 per cent) claim to have met the desired exercise threshold every week earlier this year, along with 38 per cent of Ontarians, 37 per cent of Albertans and 36 per cent of British Columbians.

What a difference a pandemic makes. With some adults working from home and taking care of children, and many gyms and fitness facilities closed or slowly reopening with limited time slots, the amount of calories burned across the country has dropped significantly. This month, only 29 per cent of Canadians are exercising vigorously for two and a half hours each week, down seven points since the days when COVID-19 did not affect our plans.

The drop in exercise appears in all age groups, with millennials trying their best to maintain their exercise routines every week (34 per cent, down four points). Generation X has been less successful (29 per cent, down seven points). Baby boomers also plunged on this measurement, to 25 per cent from 33 per cent.

British Columbia shows a worrying fluctuation. Before March, only 19 per cent of the province's residents said they "never" met the desired threshold for vigorous exercise, tied for the lowest number in the country with Alberta. Now, almost three in 10 British Columbians (28 per cent) have given up on exercising, the third highest level in the country after Atlantic Canada (33 per cent) and Quebec (29 per cent). Practically one of every 10 residents of B.C.-usually the fittest province-simply gave up on exercise.

The current state of affairs is forcing people to find new ways to work out. A few weeks, ago, 47 per cent of British Columbians told us they would not go back to the gym without a vaccine for COVID-19-a proportion that climbed to 54 per cent among women.

In this latest poll, practically half of Canadians (49 per cent) say their exercise routine has been affected by the pandemic. The biggest setback, affecting 33 per cent of residents, is not being able to go to a gym or community centre. This is especially problematic for Canadians aged 18 to 34 (48 per cent), as well as British Columbians and Ontarians (39 per cent each).

There are other components of physical activity that we miss. One in five Canadians (21 per cent) has stopped going to a pool for swimming, and smaller proportions are no longer participating in an organized sports league (15 per cent), going to a yoga studio (13 per cent) or playing pickup sports that are not part of a league (12 per cent).

The confinement has made some Canadians more creative. One in four (25 per cent) is following workouts or routines online, 17 per cent decided to take up a sport that does not require equipment, 12 per cent acquired weightlifting gear and nine per cent bought a cardio machine for their home, such as an elliptical, treadmill or climber.

The actions of Canadians are not uniform across the country. While 52 per cent of Ontarians have chosen not to do anything new to get their workout fix, the proportion is higher in Alberta (54 per cent), Quebec (56 per cent) and British Columbia (61 per cent).

The country is slowly reopening, with each province specifying the guidelines that will need to be followed to prevent a second wave of infection in the fall. The prospect of a summer with some form of outdoor activities remains alive, but organized sports and pickup games appear to be more of a risk. In any case, some Canadians are showing resilience in trying to recreate their gyms at home and figuring out ways to stay healthy.

<p>Mario Canseco is the president of Research Co.

Results are based on an online study conducted from June 8 to June 10 among 1,000 adults in Canada. The data has been statistically weighted according to Canadian census figures for age, gender and region in Canada. The margin of error-which measures sample variability-is plus or minus 3.1 percentage points, 19 times out of 20.