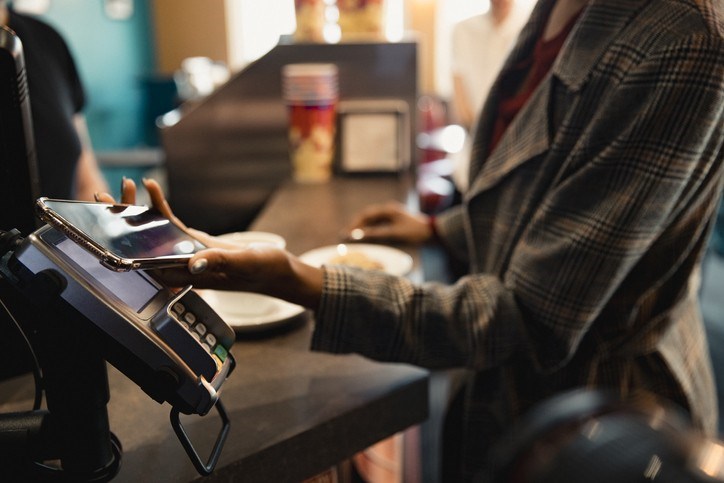 In February 2019, when few would have predicted that a pandemic would alter our lives so massively, Glacier Media and Research Co. asked Canadians about the way they had paid for things in the previous four weeks.

In that survey, we also observed that Canadians aged 18 to 34 were more prone to using a smartphone to pay for things (18 per cent compared with the national average of eight per cent). The country's youngest adults were relying on apps to pay for coffee or snacks and had the opportunity to order ahead and skip lineups.

One finding that also caught our eye was the near-total abandonment of the cheque, used by Canadians to cover just three per cent of their purchases. The ease of debit cards, as well as the possibility of rewards in the form of air miles or points that credit cards can bring, made Canadians less likely to write cheques.

Sixteen months have passed since that countrywide poll. When we asked Canadians again this month, it is unmistakable that the COVID-19 pandemic has radically altered our purchasing behaviour. Stores and restaurants were closed, deliveries and other services moved to "contactless" payments and the ability to use bills and coins to cover the cost of small items all but vanished.

The first casualty of the current way of doing business is legal tender. Canadians report that only three per cent of their purchases over the past four weeks have occurred with cash, a 21-point drop since February 2019. An example of this modification can be seen in one of our traditional spring acquisitions. The yearly ritual of buying Girl Guides cookies, which saw Canadians scramble for toonies and fivers while standing on street corners, has now moved to retail stores thanks to some timely partnerships.

Another curious transformation is that the proportion of payments made with a cheque jumped to 12 per cent. While it was easier to have a little bit of cash on hand for specific services in the pre-pandemic world, the chance to pay "in person" disappeared due to physical distancing guidelines.

Compared with last year, the proportion of debit card transactions remains fairly stable (from 34 per cent to 31 per cent). The biggest change is detected with credit card use. While 16 months ago, roughly one in four purchases from Canadians involved a credit card, the proportion has soared markedly to 50 per cent.

In February 2019, men and Canadians aged 55 and over were more likely to rely on credit cards for purchases than women and younger Canadians. This month, the pandemic has levelled the numbers: credit cards were the main form of payment for men (52 per cent), women (48 per cent), millennials (47 per cent), generation X (51 per cent) and baby boomers (50 per cent) across the country in the past four weeks.

The fact that we have been forced to forgo cash is having an enormous impact on our expectations of the "new economy." Last year, only eight per cent of Canadians predicted that we would start to rely on biometrics to make purchases "sometime in the next 10 years." This month, almost three in five Canadians (58 per cent) believe we will be using iris scans, fingerprints or palm recognition to buy things before 2030.

Residents of Alberta and British Columbia are more likely to forecast a future where we pay through biometrics (62 per cent and 60 per cent, respectively), along with men (63 per cent) and Canadians aged 18 to 34 (61 per cent).

While many more of us foresee change, there is still plenty of personal skepticism. We found that 50 per cent of Canadians would like to see biometric payments in their lifetime, while 35 per cent would not and 15 pe cent are undecided.

The COVID-19 lockdown forced Canadians to analyze their behaviour. There are expectations of changes to diets, as well as fitness routines that do not require a gym. The way we pay for what we want to have is not immune. The increase in credit card use since February 2019 is remarkable, as is the fact that Canadians dusted off their rarely used chequebooks and very few wandered to the nearest ATM to get cash.

Now that Canadians have been compelled to experience a "contactless" economy, they believe a future where we will pay for things with our body's unique characteristics is closer than ever before. Still, half of Canadians are not particularly comfortable with this notion. The successful implementation of these technologies will take time. In the late 1990s, people experienced agonizing moments after being asked to type personal information online to order books. Now, resistance to this type of e-commerce is not as significant.

Results are based on an online study conducted from May 18 to May 20 among 1,000 adults in Canada. The data has been statistically weighted according to Canadian census figures for age, gender and region. The margin of error-which measures sample variability-is plus or minus 3.1 percentage points, 19 times out of 20.