With federal election only three months away environmental polices are scrutinized
Jul 30, 2019 10:00 AM By: Mario Canseco / Glacier Media 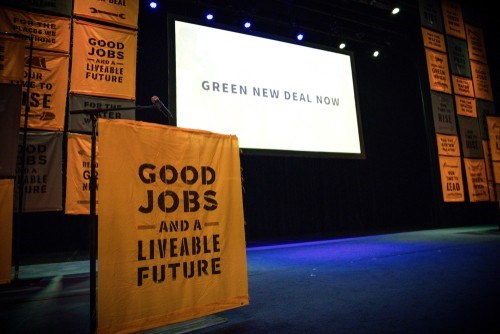 As the federal election draws near, political platforms will inevitably focus-at least for a few days-on environmental policies.

Previous electoral campaigns have been dominated by one or two prominent issues, such as the economy and jobs in 2008. This year, as was outlined in a recent Research Co. survey, the preoccupations of Canadians are dissimilar from sea to sea to sea.

About one in six Canadians (16 per cent) told us that the environment is the most important issue facing Canada today-a smaller proportion than those who selected the economy and jobs (19 per cent) and health care (also 19 per cent), but higher than housing, homelessness and poverty (13 per cent) and immigration (11 per cent).

When voters were asked which issue would define their vote in this year's federal election, the environment climbed slightly to 18 per cent. It will be the top motivator for Canadians aged 18 to 34 (20 per cent) and Quebecers (28 per cent).

The criticism toward the federal government on issues related to the environment has been harsh in British Columbia, particularly after the approval and re-approval of the Kinder Morgan Trans Mountain pipeline expansion.

In 2015, many voters who could have supported federal candidates representing the New Democratic Party and the Green Party of Canada went under the Liberal Party of Canada's tent for various reasons, including promises of electoral reform and tougher environmental regulations, as well as a desire for change in Ottawa.

It is difficult to figure out where these "borrowed" Liberal voters from 2015 will go in 2019. The Liberals received 35 per cent of the vote in British Columbia four years ago, their best total since the original "Trudeaumania" in 1968 and an astonishing increase from the paltry 13 per cent the party garnered under Michael Ignatieff in 2011.

Environmental policies may indeed help the Liberal party reconnect with voters in British Columbia. When candidates knock on the doors of residents, they must be prepared to justify the Trans Mountain decision. But they will also likely mention the difficulties that other progressive parties could face in forming the government, as well as caution about a Conservative administration coming back to Ottawa just four years after the last one.

When it comes to environmental policy, one of the topics that has gained prominence in media coverage is the Pact for a Green New Deal. The Canadian version of this proposal is calling for the country to move away from fossil fuels, cut carbon emissions in half by 2030, protect jobs, promote green transportation and deal with economic inequality.

(For Pique's story on the New Green Deal chapter in Whistler go to wwwpiquenewsmagazine.com, June 27.)

At a time when coverage of U.S. politics is omnipresent on our airwaves, Canadians may have been exposed to the American Green New Deal, which was tabled as a stimulus package by members of the Democratic party. As expected, it was mocked by President Donald Trump as a "killer" of millions of jobs.

When Research Co. asked Canadians about the Pact for a Green New Deal, only 30 per cent said they were "very" or "moderately" familiar with it. Quebecers (34 per cent) and Albertans (32 per cent) were more likely to know something about the policy proposal-and for very different reasons. In British Columbia, awareness stands at 24 per cent.

In spite of these numbers, some of the ideas pursued by the pact are supported by majorities of Canadians, particularly a desire to move the national economy away from oil and gas (62 per cent) and a disagreement with inaction on climate change unless other countries with higher carbon emissions take major steps as well (59 per cent).

However, on the issue of carbon taxes, there is a deep regional divide. More than half of Canadians (54 per cent) agree that putting a price on carbon emissions is a sensible policy. Environmentally friendly Quebec leads the way on this question (66 per cent), followed by British Columbia (56 per cent)-a jurisdiction that has had a carbon tax for more than a decade.

Agreement with carbon taxes is lowest in regions governed by Conservative premiers who have come out against the federal levy: 48 per cent in Manitoba and Saskatchewan, 47 per cent in Ontario and 36 per cent in Alberta.

At this stage, no political party holds a decisive edge on being better positioned to implement the pact. The Liberals, with the advantages of incumbency and experience in government, are barely ahead of the Green party on this question (26 per cent and 23 per cent, respectively). The Conservatives are third with 19 per cent and the New Democrats-who presented their "Vision for the Environment and Economy" in June-are a distant fourth (11 per cent).

The next few weeks will be crucial for the viability of the policy proposal. Parties will probably steer clear of outright endorsements, but certain planks are popular, and environmentally conscious voters-about 18 per cent of the Canadian electorate right now-may still be wondering who to cast a ballot for.

Results are based on an online study conducted from July 15 to July 17 among 1,000 adults in Canada. The data has been statistically weighted according to Canadian census figures for age, gender and region in Canada. The margin of error - which measures sample variability-is plus or minus 3.1 percentage points, 19 times out of 20.

Three men arrested after 'serious' stabbing at popular B.C. hot spring
Aug 6, 2020 6:23 PM
Vancouver police cite residents' 'fear and concern' in beefing tent camp patrols
Aug 6, 2020 5:22 PM
Masks will be mandatory on trains, buses in Metro Vancouver
Aug 6, 2020 5:15 PM
Comments
We welcome your feedback and encourage you to share your thoughts. We ask that you be respectful of others and their points of view, refrain from personal attacks and stay on topic. To learn about our commenting policies and how we moderate, please read our Community Guidelines.