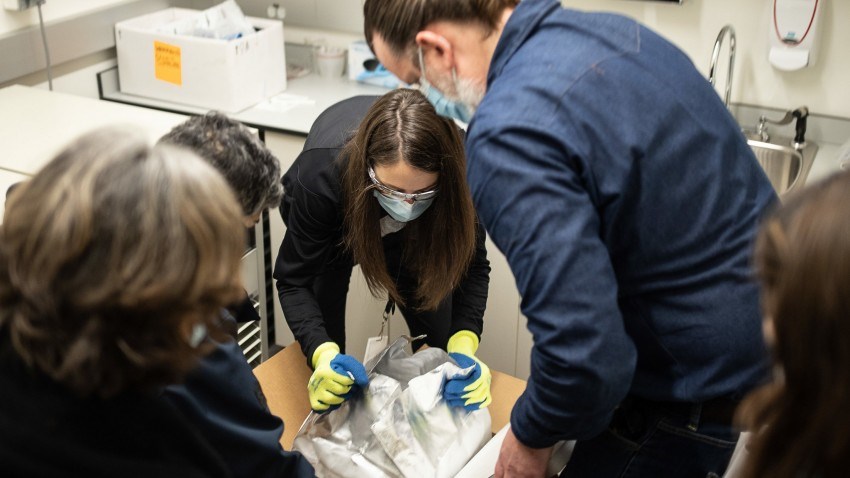 The federal government has confirmed pharmaceuticals manufacturer Pfizer Inc. will deliver two million doses of its COVID-19 vaccine each week through to the end of August.

“That means more than nine million doses arriving in July and another 9.1 million in August,” Prime Minister Justin Trudeau said during a Friday media briefing, adding Ottawa has also negotiated an option for three million more doses to be delivered in September.

The updated schedule accounts for the entire order Canada placed with Pfizer to provide vaccines against COVID-19.

A total of 51 million doses are now set to arrive by the end of September. Canada has so far received 29 million of those doses, while 25 million have been administered by the provinces.

Pfizer has proven to be the most consistent provider of vaccines in Canada since the mass inoculation campaign began last December.

On Thursday, B.C. provincial health officer Dr. Bonnie Henry described deliveries from Moderna Inc. as “spotty” and that recipients of that vaccine would have the option of accepting the Pfizer vaccine for their second dose in a bid to provide as many second doses as possible.

Both Moderna and Pfizer are messenger RNA (mRNA) vaccines, while the competing AstraZeneca plc product is a viral vector vaccine.

The National Advisory Committee on Immunization (NACI) released new guidance on Tuesday, giving the nod to mixing and matching doses of these COVID-19 vaccines but only under very specific circumstances.

Henry said it would be safe and effective to get a different vaccine “if you need to.”

“It’s equally safe and works just as well to have either mRNA vaccine,” she said.

Health officials at both federal and provincial levels have said it’s preferable Canadians are inoculated with the same product for both doses but the new recommendations now offer flexibility amid supply constraints facing Moderna and AstraZeneca.

"This is not a new concept. Similar vaccines from different manufacturers are used when vaccine supply or public health programs change. Different vaccine products have been used to complete a vaccine series for influenza, hepatitis A, and others," the committee said.

But it’s not a two-way street.

“Persons who received a first dose of an mRNA vaccine (Pfizer-BioNTech or Moderna) should be offered the same mRNA vaccine for their second dose,” according to the recommendations.

NACI said if the same mRNA vaccine is not readily available, another mRNA vaccine can be considered interchangeable.

Henry said the possibility of mRNA mixing and matching will mostly affect those who received the Moderna vaccine for their first dose, but it will ultimately be up to British Columbians to decide if they use different vaccines.

“You can choose to rebook in June when more Moderna is available but I would encourage everyone to take the vaccine that you are offered when you go in for your second dose,” she said on Thursday.

Everything Canadians need to know about travelling with a 'vaccine passport' this summer
Jun 2, 2021 12:21 PM