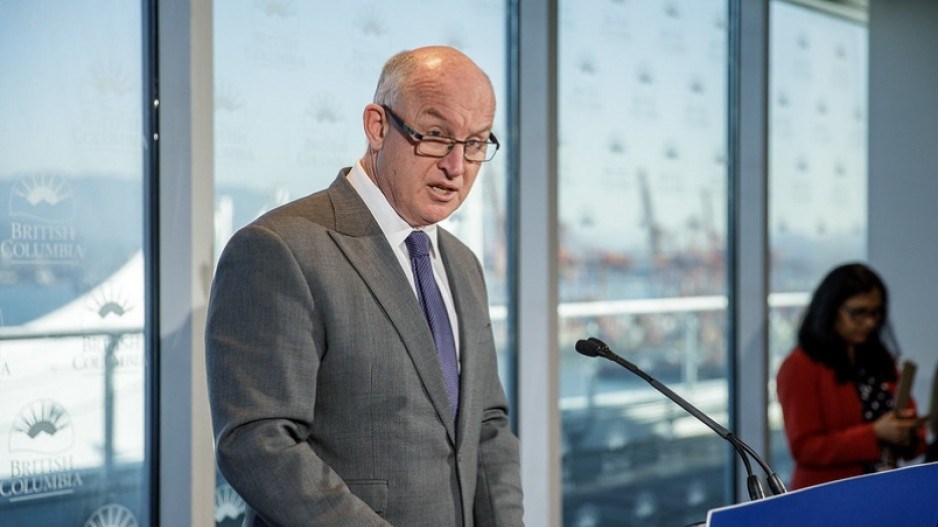 “There is a small minority of selfish individuals across the province who are disregarding public health measures,” said Farnworth.

Police and the likes of liquor, gaming and conservation inspectors and officers can now fine site owners, such as businesses, or organizers of gatherings and events who contravene the provincial health officer's order on gatherings and events, which are limited to under 50 people and must provide for physical distancing and other safety measures.

Owners and organizers can face a $2,000 penalty whereas attendees who do not disperse upon request by an official can be ticketed $200, said Farnworth, adding officials will use their “discretion” on assessing if orders are being broken.

But facing media questions, it is not clear, in some instances, what constitutes a violation, nor is it clear the body of evidence that supports these new enforcement measures. Farnworth was not able to provide data on how many cases of COVID-19 have occurred as a result of explicit violations of public health orders. Nor did he provide any data on violations of orders related to limits on vacation accommodations, put in place last month.

He said most of his concern comes from large indoor gatherings, based on feedback provided by health officials. He also addressed outdoor gatherings, such as at beaches. Farnworth said in one instance an organizer asked people to come to an outdoor gathering and for people to not wear masks, which he said is a violation of orders. Mask wearing is not mandatory outdoors and B.C. health officials have stated there is little evidence such events result in spread of the disease.

Farnworth used an example of people crammed into a kitchen at a house party and said tickets could now be issued for attendees who do not disperse upon request.

There was one instance in Abbotsford of a family gathering of 30 people, where 15 people got COVID-19, in June.

Many recent outbreaks — outside of seniors’ residences, which account for a large portion of cases — have occurred in food processing plants, as well as several restaurants and even strip clubs.

Farnworth has also empowered officials to ticket unruly customers of restaurants. Anyone declining to obey a restaurant’s guidelines or who “bullies” staff, can be ticketed for $200. It’s not clear what would constitute bullying.

According to a ministry statement, fines can be issued for “hosting a private party or public event in excess of 50 people, failing to provide appropriate hand sanitation and washroom facilities, failing to provide sufficient space in the venue for physical distancing, failing to obtain a list of names and contacts at large event or having more than five guests gathered in a vacation accommodation.”

Tickets can also be issued to “individuals who actively encourage others to attend gatherings or events that do not comply with established requirements.”

Municipal bylaw officers have not been empowered to ticket people.

Ticketing people over COVID-19 has not resulted in lower case numbers, according to a Canadian Civil Liberties Association analysis of an estimated $13 million worth of COVID-19 fines issued, to mid-June.

The analysis shows a correlation between provinces, such as B.C. (before today), that used an incentive-based or “carrot” approach to physical distancing measures and low rates of the disease.

The CCLA report asserts a punitive or “stick” approach to public health is unsuccessful, now and historically: “Trying to police our way out of this pandemic is unimaginative, sometimes unconstitutional, and ineffective.”

In March, City of Vancouver manager Sadhu Johnston had cited concerns about the infringement of citizens’ rights under the Charter of Rights and Freedoms in ticketing individuals and taking police officers away from other, more pressing duties in the city.

“Having police officers trolling parks and ticketing people is at this point – given all of their other work – not a top priority,” Johnston said. “They don’t have the bandwidth to do that.”

British Columbia to use remaining AstraZeneca vaccine for second doses
May 12, 2021 4:59 PM