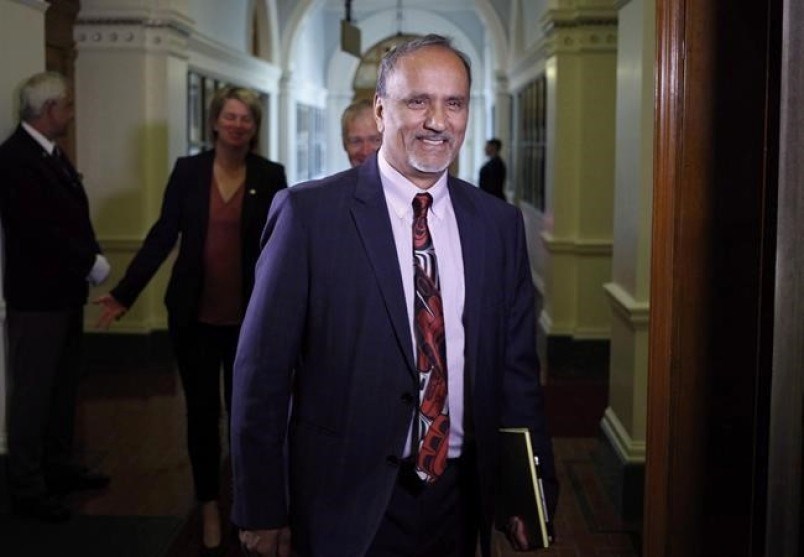 B.C.'s minimum wage rose Monday, June 1, to $14.60 per hour, but it continues to be lower than the amount estimated to be necessary to support a family.

The increase moved the minimum wage up from $13.85 per hour. It was imposed as scheduled despite a plea from the Retail Council of Canada to hold off on the increase because of the economic impact of the COVID-19 pandemic.

Isabelle Dehler-Hyde, legal adviser at Together Against Poverty Society (TAPS) in Victoria, welcomes the boost, but noted that the living wage has been calculated to be $19.39 in the capital region.

The living wage is the hourly amount two working parents with two young children need to earn to meet basic expenses, as tallied by the Living Wage for Families Campaign.

"We are still not close to having our lowest wage earners making a wage that allows them to live reasonably comfortably in Victoria and most cities in B.C.," she said.

At this time, TAPS is hearing from area residents worried about whether they can make rent payments, Dehler-Hyde said.

She recommended that lower-wage-earners, many of whom have been providing essential services during the pandemic, be included in discussions to help map out the province's economic recovery plan.

B.C. is planning to increase the minimum wage again by next year to $15 an hour.

Labour Minister Harry Bains said the government understands the pressures facing employers during the pandemic, but workers are also struggling.

Greg Wilson, director of government relations for B.C. at the Retail Council of Canada, said the retail sector is concerned because it is facing higher labour costs during an unprecedented economic disruption.

"Any increased costs could inadvertently force a precarious retail store to close. And that closure would result in job loss so that is essentially our worry."

Brock Smith, professor at UVic's Gustavson School of Business, said: "The timing of [the minimum wage increase] could have been better but nobody could have anticipated the COVID situation."

Postponing the increase "could have caused more challenges than not" as people knew it was coming and had adjusted for it, he said.

"But clearly it is impacting the tourism sector and the hospitality sector probably the most and those are the sectors that are the hardest hit right now in terms of the crisis."

Jeff Bray, executive director of the Downtown Victoria Business Association, echoed Smith, saying the minimum wage has been in the works for a considerable time. "I haven't heard any comments on that in the context of the current pandemic so I don't think it is top of mind," Bray said.

- With a file from The Canadian Press

B.C. names all-party police reform committee to examine scope of systemic racism
Jul 8, 2020 4:04 PM
B.C. crosses 3,000 mark for COVID-19 cases; records three more deaths
Jul 8, 2020 3:55 PM
BC Prosecution Service approves three charges against RCMP officer
Jul 8, 2020 2:59 PM
Comments
We welcome your feedback and encourage you to share your thoughts. We ask that you be respectful of others and their points of view, refrain from personal attacks and stay on topic. To learn about our commenting policies and how we moderate, please read our Community Guidelines.