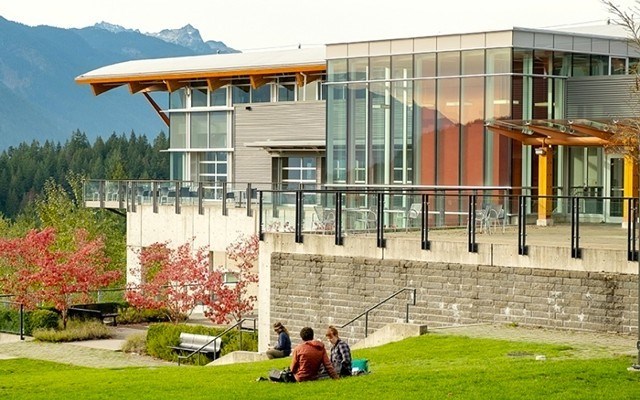 Facing more than $27 million in debts due and not enough cash to meet payroll after next month, Quest University has asked for court protection under the Companies' Creditors Arrangement Act.

A petition filed in the Vancouver courts on Jan. 16 asked for a stay against all "all proceedings, enforcement processes and remedies taken or might be taken against" the school.

Court records show Quest representatives appeared before the Vancouver courts on the morning of Jan. 16.

The records show the school was granted its application that same day.

This approval allows the school to keep operating while it devises a way to restructure and settle with its creditors. Ideally, this would prevent the university from going into receivership or bankruptcy.

The school has been trying to figure out ways to pay back its lenders, the petition says.

Polygon Pacific Homes was selected as a proponent for a development transaction that would've generated over $18 million for the university, but the company stepped back after it was determined its projects wouldn't fit with the District of Squamish's proposal for the area, the petition says.

"CCAA protection is the right thing, as it will give us room to find a stable path," said president George Iwama in a news release.

"We know the situation may cause concern for our 500 students and their families, so it's important to note that it's business as usual for the academic year," he added. "We are committed to delivering our academic program while we find a long-term solution - which we're confident we can do."

The school's spokesperson, Jasmine Aimaq, also had words for parents and students who may be feeling apprehensive about re-enrolling, given the financial challenges.

"Every family certainly has to make the decision that's right for them," Aimaq told The Chief.

"What we are going to say is, you know, the people who come to Quest have always been pioneering students. They've always had a pioneering mindset. This has never been the place people come if they want the safe choice. This is where students come where they want to feel empowered to build something."

Aimaq said that classes will continue as normal and the school will be accepting enrolments for the next term.

"Everything is status quo," she said.

"Our next enrolment season, our admissions team is going to reach out to the students who've already deposited and shown interest and will simply have conversations with them to be completely transparent... and they will make their choice."

For its part, the Quest University Students' Association expressed support for the school's decision to file for protection.

"We feel confident that this was the correct decision for the university and more specifically us as students. Moreover, we have full faith that those in charge of this process are acting in the best interest of the student body and are informed by world-class expertise," reads a statement from the association.

"The decision to file under the CCAA protects our vision and academic liberty, giving us full confidence that those who are advocating on behalf of the institution and students are doing so with transparency and integrity."

Squamish's mayor also expressed support for the institution in a statement issued to The Chief.

"Quest University is a highly valued part of our community, and of the broader post-secondary community. Their students, faculty and staff contribute to our community in countless ways to the benefit of all," Mayor Karen Elliott said.

"We are confident in Quest's dedication and pioneering spirit and their ability to innovate solutions that will allow them to continue delivering undergraduate programming in the years to come."

Quest University told The Chief it does not owe the District any taxes or development cost charges as part of its debt.

Aimaq said the CCAA approval is expected to allow the school to keep running for at least several more months, if not more. The timeframe is flexible, she said.

The application will allow the school to set up financing, which would allow operations to continue normally, she said.

In its petition, the school says payroll of about $295,000 is due on Feb. 10. This payroll has funds for that pay period but won't be able to pay subsequent payrolls, unless it gets more financing.

The petition states that operating deficits over this period were anticipated, as enrolment ramps up.

On March 1, landlords for residences which the university leases for some of its dorms will cash a cheque for that month's rent. This will amount to about $307,000, the petition says. The school says in the petition that it doesn't have enough money to pay for those lease payments.

Of the $47.5 million in liabilities, about $27.6 million is listed in the petition as secured liabilities.

"All of the indebtedness is due, but as at this date, only $23.4 million in secured debt has been demanded," reads the petition.

Secured debts occur when the borrower puts up an asset as surety for the loan.

Aimaq said that decision to apply for CCAA protection was made in large part after the school's largest loan was called in.

"Certainly, this lender calling in the loan was a major catalyst," said Aimaq. "It is the largest of the loans by a lot."

She did not disclose the amount.

In communications issued to students, faculty and media, Quest said the school was faced with two possibilities as a result of the lender's demand.

The first possibility involved the lender threatening receivership. This would've forced several Quest board members to give up their seats and be replaced by people chosen by the lender.

"This would have given the lender control of the board," reads the news release. "The board determined this was not in the best interest of the university, and rejected this option."

The second option was to apply for court-ordered protection, which the school has done.

"Today, we told the Quest community about our successful CCAA filing, a measure that will give us time to pursue solutions and ensure Quest is put on a stable long-term path," said university board chair Mary Jo Larson, in the release.

"The timing has to do with our major lender calling in their loan," she added. "We thank that lender for their initial and foundational support. However, we are not prepared right now to pay back the entirety of the loan or to meet the lender's demands."

The petition filed by Quest states that the school had a number of loan agreements. The largest amount of secured debt is with a lender called the Vanchorverve Foundation.

Quest has a $15.95-million loan from the organization.

The petition says Blake Bromley serves as an advisor to that foundation.

Bromley, the petition states, was a founding director of the Sea to Sky Foundation, which was involved in the university's creation.

He is president of the Benefic Group, which is the registered office of the Vanchorverve Foundation, the petition says. The loan for Vanchorverve was due on Nov. 1.

Within that month, a letter from the foundation's legal counsel said Quest was in default and the entire debt was immediately due, the petition states. This also included a notice of intention to enforce security as per the Bankruptcy and Insolvency Act.

Around that time, Vanchorverve calculated that the balance of the loan would be $23.6 million as of Dec. 31, the petition says.

Bromley also wrote to the university's board, stating that four members of the board should resign, and that four members put forth by him should be appointed, the petition states. This included people with roles at Benefic Group.

As a result, the board's majority would be controlled by Vanchorverve, the petition says.

"The board declined to facilitate the appointment of four nominees selected by the Vanchorverve Foundation," the petition states.

"The board did not have a clear understanding of the transactions that the Vanchorverve Foundation sought to pursue and whether those developments aligned with the university's and other stakeholders' best interests as well as the university's conflict of interest policy."

Vanchorverve Foundation's legal counsel, Max Wolinsky, told The Chief in an emailed statement that the foundation provided more than $23 million in funding and has been an essential supporter of the school for years.

He said the foundation had acted contrary to its own financial interest at times, so as to help Quest.

"Vanchorverve took these steps notwithstanding the fact that Quest has never serviced a single cent of its debt to my client while simultaneously servicing most, if not all, of its other secured debts."

The foundation, he said, holds a mortgage over portions of Quest's lands, which act as security for the debt that came due on Nov. 1.

"Although my client did make a formal demand for repayment, my client did not initiate any form of court proceeding to have its debt enforced despite having the clear legal right to do so," Wolinsky wrote.

Vanchorverve wanted a collaborative approach to take care of the debt, which would prioritize the wellbeing of students, but Quest turned the proposal down, he said.

Wolinsky said Quest's financial problems have happened despite Quest having never repaid any of its debt to Vanchorverve.

He added that his client is in no way responsible for Quest being unable to meet its payroll or other financial obligations.

The university also has several other secured debts.

The petition says the university has capital lease obligations with other entities that add up to $34.6 million as of Dec. 31.

*Please note that this story has been updated several times since it was first posted, most recently to include a statement from Vanchorverve Foundation's legal counsel.