The Squamish school will be shielded from bankruptcy or receivership until Aug. 10, with a possibility of a further extension until Sept. 30
Jun 1, 2020 12:15 AM By: Steven Chua / The Squamish Chief 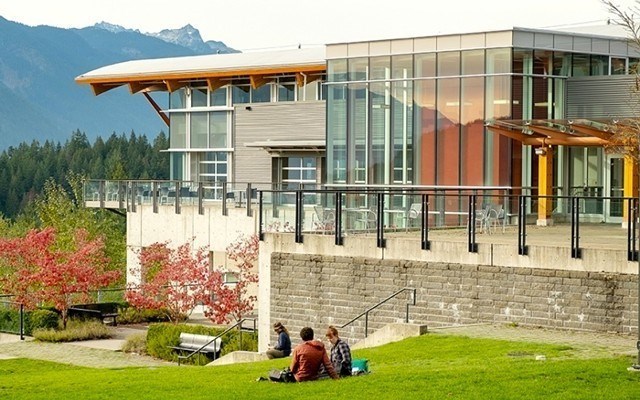 A court ruling has bought Quest University more time to be safe from bankruptcy or receivership as it faces a $23.4-million debt from its biggest lender, the Vanchorverve Foundation.

Court documents have identified Blake Bromley - a key figure in Quest's founding - as the manager of the foundation.

On May 28, Justice Shelley Fitzpatrick ruled in favour of granting the school - which is Canada's first independent secular university - an extension of its financial protection under the Companies' Creditors' Arrangement Act, or CCAA.

Under this ruling, the protection will be extended until Aug. 10 with the possibility of a further extension until Sept. 30. The September extension will come into effect if Quest is able to negotiate an agreement with an interested academic partner.

The CCAA protection, which was granted in January, was previously set to expire on May 29.

As part of the judge's decision, Quest has been granted another loan - an extra $3 million - from RCM Capital Management Ltd.

"I am satisfied that as required by the CCAA, that Quest is acting in good faith and with due diligence of the negotiations...with the Academic Partner #1 are currently underway, and, hopefully, will result in a definitive agreement, or, if not, other options will certainly be explored by Quest and the various stakeholders," said Fitzpatrick.

"I'm satisfied that an extension is appropriate under the circumstances."

The court, which was convened via an online conference, heard that Quest has been able to find a potential academic partner, whose identity was withheld during the proceedings.

In its application to the court, Quest said that it's in negotiation with the partner and working towards formalizing "definitive documents" by July 31, with the goal that it will conclude a transaction by Sept. 30.

The pandemic has had an impact on the school's restructuring efforts, but the application says that Quest is optimistic a transaction is achievable.

"Quest requested the additional time in order to give its proponents sufficient time to conduct their due diligence, and for Quest to continue operations as it reviews proposals that continue to come in. The longer timeline was necessitated also by the coronavirus pandemic, which has had impacts on our proponents and their proposals," said George Iwama, Quest's president and vice-chancellor in a news release issued shortly after the decision.

Quest has been looking for academic partners, as well as potential buyers for its surrounding lands. These surrounding lands were intended to be sold to developers to help fund the university.

The school has also considered selling all of its facilities to a buyer, who would then lease them back to the school on a long-term basis.

In January, the Vanchorverve Foundation was seeking to replace four of Quest's board members and have the school take a loan from a lender of its choosing. In her decision that month, Fitzpatrick had thrown out Vanchorverve's request.

However, during this appearance, Vanchoverve's lawyer, Colin Brousson, said that the foundation was supportive of the school's latest application.

"If nothing else, there was some acrimony at the outset of the CCAA," said Brousson. "I think [Quest's lawyer, John Sandrelli,] and I have tried to, where possible, dial back the acrimony a bit, and, happily, we're here supporting the now-amended relief that is being sought by the petitioners."

As part of the terms for the extension, Vanchorverve will have the ability to appoint one non-voting observer to Quest's restructuring committee, which receives and reviews proposals from interested parties looking to acquire or partner with the university and serves the Quest Board by giving advice and recommendations.

"We're not trying to compete with anybody - we don't wish to have the asset," said Brousson.

"That said, and this is perhaps a foreshadowing piece: my client may need at some point to consider making a credit bid...paying out the priority payables and then pledging its debt to take this asset perhaps back, and wait for brighter days."

However, the foundation would much prefer someone else to come forward, and hopefully, that will happen before July 31, he added.

A credit bid allows a secured creditor to bid the face value of the secured debt as currency in a sale of the collateral in order to acquire the business of a debtor.

Quest is also seeking to defer payment of rent on four of its student residences for June, July and August. Southern Star Developments is the owner of those buildings.

Sandrelli said that COVID-19 required the campus to empty out its student population and classes moved online. Many students were forced to return to their home countries.

He said 75% of the students are from outside of Canada, and the residences haven't been used since the end of March, though rent was paid in April and May, he said.

"But given where we are in terms of the pandemic, and the residences are not being used, a decision was made by Quest to seek to not pay rent for at least the months of June, July, and August," he said.

Sandrelli said the rent for all those months combined is approximately $750,000.

A decision on the rent was deferred, as Quest and Southern Star agreed to give themselves more time to prepare their cases on that matter. Arguments for that request will be heard on June 10.