SLRD and District of Squamish among 29 governments to pen letter to province touting plastics reduction
Nov 9, 2019 2:30 AM By: Keili Bartlett / Squamish Chief 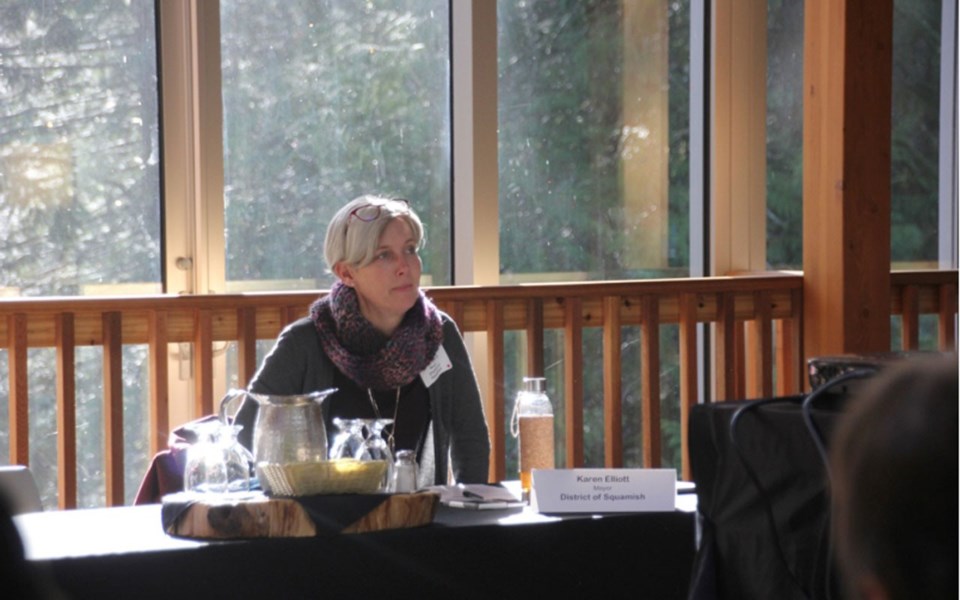 A letter to the Ministry of Environment and Climate Change Strategy, that has been signed by dozens of municipalities, has yet another signature on it.

At the Oct. 23 Squamish-Lillooet Regional District board meeting, the SLRD agreed to sign on as well.

"The District of Squamish and District of Tofino worked together on a joint letter to the province with our colleagues around the province.... When we speak with one voice, we speak with a strong voice," Mayor Karen Elliott said at the Howe Sound Community Forum on Oct. 25. "I think that is a model on a way forward, whether it's about housing or transportation or plastics, is not just all of us sending individual letters, but that one big letter."

The municipalities caution against outright banning single-use plastic in case it creates an increase of using other single-use materials.

At the District of Squamish, a proposed single-use plastic ban was revised to become a reduction when staff found an outright ban could create a larger carbon emissions footprint if people used more single-use paper products as an alternative.

The joint letter also calls on the province to encourage reuse of items — for example, refilling containers rather than recycling them after a single use. This could be refilling wine bottles, soap bottles and growlers, the letter lists. It asks the provincial government to consult on allowing customers to bring containers to restaurants for takeout and leftovers, as well as for bulk food shopping.

The municipalities also call for a focus on getting the business sector that produces plastic to prioritize reduction and reuse, including a reduction of packaging or kinds of materials used. The inclusion of industrial, commercial or institutional materials into the recycling regulations, the letter says, could prevent recyclables from going into landfills because the cost for businesses to recycle can be prohibitive.

The municipalities who signed the letter may also submit their own recommendations.

It also calls on the ministry to consider a phased approach to regulating a single-use plastic reduction, so that different municipalities can adjust based on their own resources.

"As each local government faces unique challenges with respect to recycling and solid waste management, a one-size-fits-all provincial regulation may not meet the needs or expectations of all communities," the letter states.

It ends asking for clarification on the next steps of consultation, and requests the ministry involve disability advocates and care facilities among other stakeholder groups.