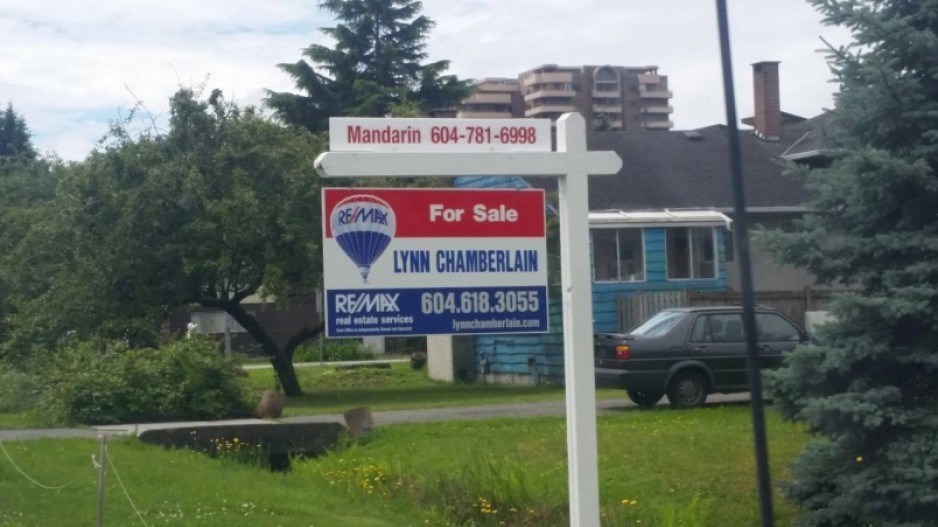 TRANSPARENCY ACT Cracking down on housing speculation fuelled by illegal activities, including money laundering and tax evasion, are the prime motivators for the B.C. government. Photo courtesy of Business in Vancouver

A new, publicly accessible registry will play a part in fighting money laundering and other crimes by revealing the beneficial owners of property in B.C., says Minister of Finance Carole James.

The government tabled legislation Tuesday (April 2) that will enable the registry on beneficial ownership in real estate, which it intends to release next year after passing the Land Owner Transparency Act.

Cracking down on housing speculation fuelled by illegal activities, including money laundering and tax evasion, are the prime motivators for the B.C. government, James added.

"For years, people were able to use shell companies, trusts and partnerships to hide who really owns property in British Columbia," James announced to the Legislature. "The act sets out a framework for increasing transparency of land ownership in the province by requiring disclosure from corporations, trustees and partnerships about the underlining owners of land."

It will be up to companies, trusts and partnerships to disclose the beneficial ownership structures they have, or face a fine of 15% of the property's value to a maximum fine of $100,000. (5% of $50,000 for individuals).

The Land Title and Survey Authority will administer the registry, which will be searchable for a fee. Currently, anyone may search for the owner of a property for about $12 per search.

The listed owner may very well be a nominee or a trustee. Or, a company may own the property and its directors may not necessarily be the beneficial owners, who are defined as those who ultimately control the asset.

According to a government news release, "tax authorities, law enforcement and regulatory agencies will have access to more detailed information, such as the nature of their beneficial interest, place of residence, citizenship, tax number and information about the person completing the report."

The government is now in possession of a report from investigator and former RCMP deputy commissioner Peter German on money laundering in the B.C. real estate sector. The report is to be released publicly once cabinet reviews it, according to Attorney General David Eby.

The extent of money laundering in real estate is unknown, although anti-financial crime advocacy group Transparency International Canada suggests tens of billions of dollars of criminal proceeds could be washed annually in the Toronto and Vancouver markets.

Meanwhile, the Canada Revenue Agency reported in January record levels of tax evasion in the sector as a result of stronger enforcement levels.

Layers of ownership can obscure sources of funds, a key tactic in of money laundering and tax evasion.

A 2017 report from Transparency International Canada showed nearly half the 100 most valuable residential properties in Greater Vancouver were held through structures that hide their beneficial owners.

Once the act passes, no property transaction will be allowed to proceed without a beneficial ownership disclosure - which is one of several recommendations from the group, which noted how "gatekeepers" such as brokers, developers, notaries and lawyers can play a key role in detecting money laundering.

James' announcement was complemented by a prepared statement from the Law Society of BC, which regulates lawyers, who make up a bulk of residential conveyances.

"Requiring companies, trusts and partnerships to disclose their controlling shareholders, beneficial owners and partners protects the public by letting everyone know who they are dealing with in B.C.'s real estate market," said Nancy Merrill, president of the Law Society of BC.

The release also notes: "In addition, the B.C. government is introducing amendments to the Business Corporations Act to crack down on tax evasion and money laundering by requiring private companies to hold accurate and up-to-date information about the true owners of their shares, and eliminating bearer shares, which are unregistered shares owned by the certificate holder."