Almost a year to the day that Jay Greenwood died after breaking his neck, Extreme Air Park filed a response to his children's lawsuit
Jan 29, 2019 11:00 AM By: Alan Campbell / Richmond News 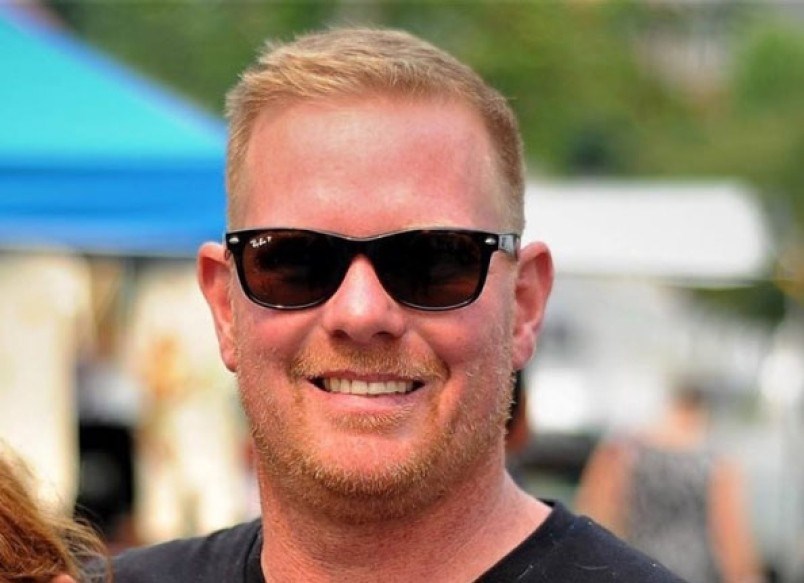 The owners of a Richmond trampoline park are claiming a dad-of-two, who died while using the premises, may have been under the influence of alcohol or drugs.

Almost a year to the day that 46-year-old Jay Greenwood died following a fatal injury at Extreme Air Park-after diving into a foam pit while playing with his two young daughters-the facility's corporate owners responded to a lawsuit filed in November by the victim's children.

In the response, Extreme Air Park Inc. suggest that Greenwood "caused or contributed to the incident" by "using the trampoline and/or foam pit when his ability to do so was impaired or compromised by fatigue, the consumption of alcohol or the ingesting of drugs."

The company also alleges that Greenwood failed to "pay sufficient attention to the activity he was engaged in," failed to "follow the oral warning and instructions given by the employees of Extreme Air" and "failed to observe and comply with warning signs posted" at the premises.

In its response filed Jan. 3 (Greenwood died on Jan. 22, 2018), Extreme Air insists that Greenwood "willingly accepted and assumed any risk of injury" and that signs to that effect are posted throughout the Triangle Road premises in southeast Richmond.

The company claims that Greenwood and his family members signed a release agreement, which specifically covers the aforementioned risk assumption by any customers.

Extreme Air Inc. has also claimed that three other businesses, Extreme Air Park Ltd 2, 3 and 4, were not involved in the operation of the Richmond facility.

In a separate response filed Jan. 15 to Greenwood's children's lawsuit, another defendant, understood to be the owners of the building-called 14380 Triangle Road Investments-claims it had nothing to do with the operations of Extreme Air Park.

Both defendants claim that all reasonable care was taken to ensure the premises was safe for use and both deny Greenwood's death was caused by any negligence on their parts.

None of the allegations contained in the lawsuit or its responses have been proven in court.

"The infant plaintiffs witnessed the incident and realized their father was gravely injured and possibly deceased which was shocking and horrifying to them," their claim states.

"Following the incident the infant plaintiffs attempted to obtain assistance from the staff at the premises when their father was injured, and in particular from John Doe, but no assistance was immediately forthcoming. The plaintiff G. Greenwood was told by John Doe that he had to finish checking in [sic] another patron."

The children claim they suffered injuries after witnessing their father's death, including depression and anxiety, having lost the "love and guidance of their father."

The pair seeks unspecified general and special damages for negligence for Extreme Air Park's alleged failure to supervise patrons' use of the foam pit and trampoline equipment in the facility.

In June 2018, other family members of Jason Greenwood also sued the same group of defendants over his death. Those allegations have not been proven or tested in court.

According to witnesses, Greenwood was jumping from an elevated trampoline into a foam pit and broke his neck.

His death prompted serious questions among eyewitnesses about safety at the facility, with some claiming staff at the park didn't appear to know what to do at the time.

Two weeks after the fatality, the company issued a statement, offering its condolences and also asking the provincial government to draw up trampoline safety regulations, which don't appear to exist.

The City of Richmond last summer asked the Union of B.C. Municipalities to amend its laws regarding trampoline regulations.

The resolution was adopted by the UBCM, said the city this week, but the matter now rests with the province to determine whether or not they will act upon it.

And VCH's Chief Medical Officer, Patricia Daly, called on Technical Safety BC (TSBC) to assume responsibility for regulating safety at such parks.

The Richmond News has reached out to the TSBC for updates.

Saving Western Canada’s only endangered tree
Sep 27, 2020 11:00 PM
Comments
We welcome your feedback and encourage you to share your thoughts. We ask that you be respectful of others and their points of view, refrain from personal attacks and stay on topic. To learn about our commenting policies and how we moderate, please read our Community Guidelines.