Seafood society suspends its own MSC certification over lack of stock assessment
Oct 5, 2019 2:28 AM By: Nelson Bennett / Business in Vancouver 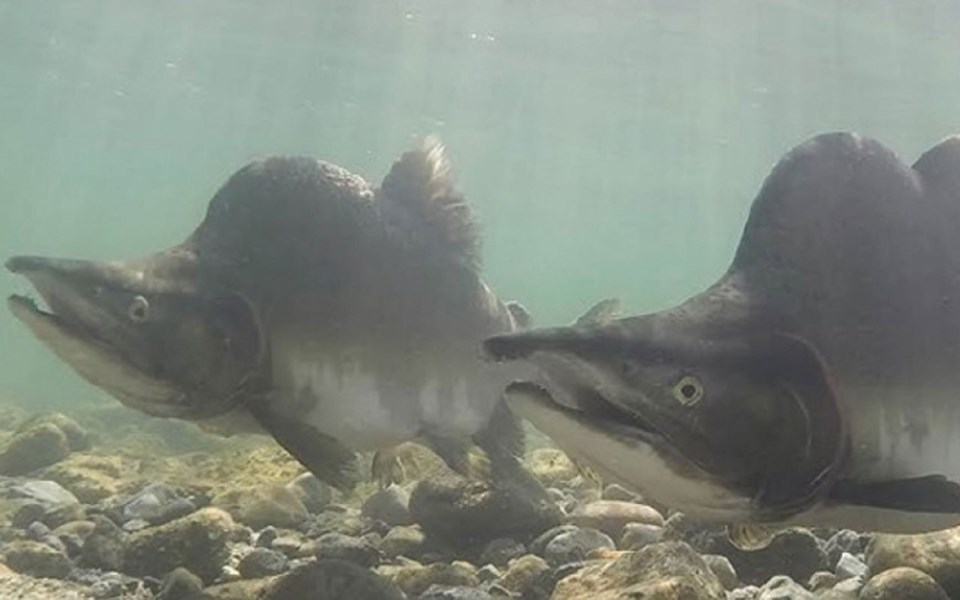 Pink salmon, known as humpies, have returned to the Fraser River in higher than expected numbers, but are low in some central coast areas. Photo: BIV SCREEN CAPTURE

The BC society that holds Marine Stewardship Council (MSC) certificates for BC salmon is taking the unusual step of suspending its own MSC certification, due to concerns about the crash of some stocks and a lack of proper stock assessments by the Department of Fisheries and Oceans.

Canadian Pacific Sustainable Seafood Society (CPSSS) has announced the “self-suspension” of the MSC certification for B.C. wild salmon, over concerns that the proper stock assessments required to maintain MSC verification are not being done.

The society fears it will lose its MSC certification anyway, since it feels DFO is failing to do the science and monitoring required to maintain the certification, so it is voluntarily suspending it for B.C. sockeye, pink and chum salmon.

It may be a moot point this year, since there are no wild salmon being caught this year for consumers to buy.

Christina Burridge, executive director for the BC Seafood Alliance and spokesperson for the CPSSS said DFO is not doing the stock assessments needed to continue meeting the MSC verification requirements.

“Stock assessment is fundamental to managing fisheries,” Burridge said. “If you don’t do the stock assessment, you can’t be confident about really anything. It is a serious problem.”

She added that, as part of the MSC verification process, it needs to do an analysis of the impacts of hatcheries on wild stocks. That's something that DFO would need to do, and the society does not expect DFO plans to do the analysis.

Stock assessments for the Fraser River are robust. But elsewhere in B.C. – the north and central coast – they are spotty at best.

Asked how pink salmon returns are doing this year for the Nass and Skeena rivers, for example, DFO was unable to provide any data.

As for the central coast – where concerns are now being raised about grizzly bears starving for a lack of salmon – Pieter Van Will, a stock assessment biologist for DFO, confirmed that pink salmon numbers are generally “depressed” in that area.

“We’re just getting the numbers in now,” he said.

He said DFO has been monitoring the area around Knight Inlet, where photos of emaciated grizzlies were taken and then published by CNN, and he confirms pink salmon returns appear to be low in that area.

Generally the region from northeast Vancouver Island over to the mainland is seeing low pink salmon returns. On the brighter side, some chinook stocks seem to be doing better. Van Will said chinook in the Wakeman and Kingcombe systems appear to be doing better than expected.

“Some of the chinook populations that we saw there are better than we’ve seen, and I’ve been doing those systems since 2002," he said. "So pretty good return of chinook."

The apparent low pink salmon returns in the Broughton Archipelago this year has given ammunition to Alexander Morton, an independent researcher, who says her research proves that sea lice and pathogens from salmon farms in the area are having an impact on wild pink salmon.

“Broughton is not the only place wild salmon are collapsing due to impact of farm salmon pathogens,” she says in a press release. “We are not guessing. We have done the science on farm salmon lice and viruses, but so far DFO has failed us all, including the aquaculture industry which is now hated on this coast.”

Morton points to a paper she co-authored in 2007 that predicted a 99% collapse of the pink salmon population in the Broughton Archipelago within four generations. In other words, they were predicted to collapse by 2015, due to fish farms in the area.

Pink salmon in Area 12 (Broughton Archipelago) didn’t collapse according to those timelines, however. In fact, in 2014, pink salmon returns for Area 12 were the highest in more than 60 years – 2.6 million, according to DFO data provided to Business in Vancouver in 2017.

It’s not known how pink salmon have done in subsequent years in Area 12, however, because DFO simply doesn’t have the data beyond 2015 – underscoring Burridge's concern over the lack of proper stock assessments.