School board by-election pending in Pemberton 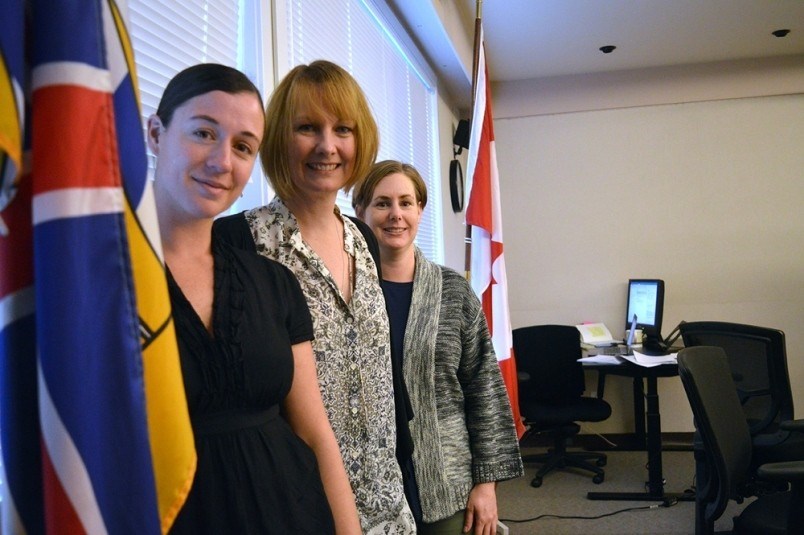 School board trustees, from left to right. Celeste Bickford, Cynthia Higgins and Michelle Butler. A by-election will be held Jan.20, 2020 as Butler is stepping down. Photo: File photo/Steven Chua

As Sea to Sky School District trustee Michelle Butler of Pemberton prepares to move back to New Zealand, the search for her replacement on the school board begins.

At the Nov. 13 School District 48 meeting, the board thanked Butler for her time with a cake.

Board chair Rick Price said, "We're really going to miss her. Pemberton, like every community, always needs a really good, strong voice and a representative so that we understand the views of the community, but also that the community understands the priorities of the board.

"Michelle's done an unbelievable job of that, and it's going to be really difficult to fill her role here. We're very happy for her that she's going to take a move that she's looking forward to."

Nominations will be open Dec. 3 to 13, between 9 a.m. and 4 p.m. A candidate does not need to live in Pemberton to be eligible, but must be a Canadian citizen, 18 years old or older as of Jan. 18, 2020, which is voting day. The candidates must also be a resident of B.C. for at least six months before their nomination papers are filed.

A public information session for the by-election nomination period will be held at Pemberton Secondary School on Nov. 27 between 6 p.m. and 7 p.m.

Find more information on the school board's website at www.sd48seatosky.org.

Meanwhile, as the Sea to Sky School District explores what a late start time for high schools could mean, its staff has prepared an early cost analysis of the impact on transportation.

In discussing the issue the board first talked about how delaying school start times could benefit teenage students, who may learn better if they are able to get more sleep.

Then the board's secretary-treasurer Mohammed Azim presented the initial cost analysis findings to the board.

The scenario is based on current transportation routes, calculating that to run school buses again at a later time, based on the five-day-a-week schedule in Squamish, Whistler and Pemberton, would cost just shy of $458,500,00.

Azim said staff will be investigating if it would be possible to accommodate late start times nest spring, and what potential consequences, such as on childcare, it could have.

Other consequences noted included the extra travel's impact on the lifespan of the busses, and the impact on day trips if all of the bus drivers are busier in the mornings.

"We do have other options," Azim told the board. "In Whistler and in Squamish, we have easily the ability to get in touch with our municipal partners and start talking to them."

Whistler Secondary School has already begun a once-a-month late start, paying for the additional transportation costs out of the school's budget.

Superintendent Lisa McCullough told the board they wouldn't be deciding at the same meeting as the presentation, but would use the information later. She added the parameters could be tweaked, and noted this result was just a quick assessment, and not necessarily the final study.