Schools, parents both on learning curve with COVID-era education 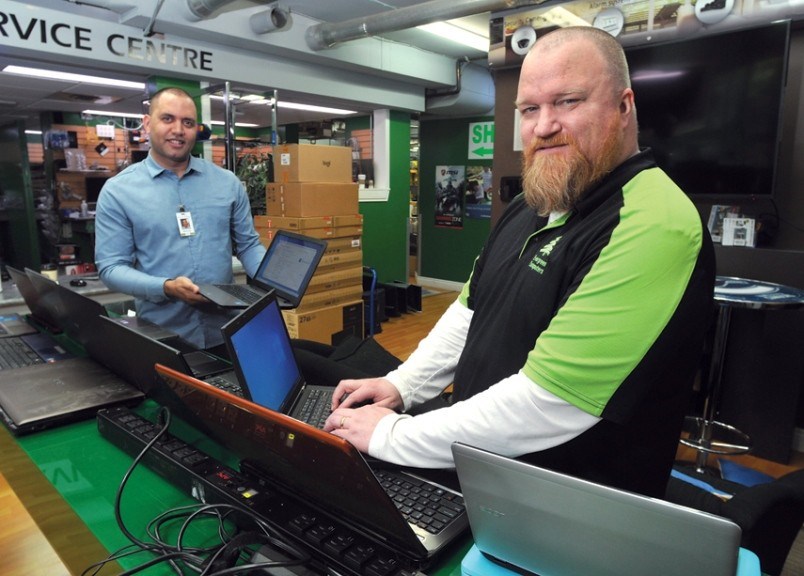 Some parents of North Vancouver students are feeling overwhelmed with trying to help their kids through online schooling while others say their kids are bored and are asking for more from the schools.

Comments from parents are being heard at both ends of the spectrum, said Mark Pearmain, superintendent of schools in North Vancouver.

What's on offer for students also varies from class to class. "We have some staff who have raced out ahead because they are technologically savvy," he said. Others haven't.

"Not everybody is necessarily having what they want to have," he said, adding the challenge of adapting the school system to the COVID-19 crisis in a short space of time has been significant.

Pearmain made the comments in an update to school trustees about the school district's COVID response at its regular board meeting April 28.

North Vancouver's Guy Trotter is one of many parents who have taken on the role of home schooling of their kids.

"It was rocky to start with," he said. "As parents we have become teachers and the teacher has become more of a consultant."

Trotter said he and his wife-both now working from home-are lucky to have flexible schedules that allow them time to spend with their eight-year-old son as he tackles his school work.

Lack of social contact has been the biggest challenge for his son, he said.

While communicating online is certainly an option, "It's just not the same," he said.

The province has not announced if or when schools might reopen, but schools are now planning for September, said Pearmain, hoping that students will be back in classrooms but also preparing for the possibility of having to revert to online learning if cases spike.

Currently there are three school sites - Seymour Heights, Westview and Boundary elementary - providing care for 74 children of essential service workers in North Vancouver. The school district recently opened up its criteria for students to include children of grocery store staff, social workers and group home staff as well as health care staff and emergency responders.

The school district has also been supporting approximately 230 families in need with Save-On-Food gift cards, as a way of filling holes left by usual social supports like in-school breakfast and lunch programs. About $31,000 worth of gift cards were handed out to families in April, said Pearmain and the school district expects that to increase to $43,000 in May.

"In some cases we have staff who are shopping for families," said Pearmain.

This year, the school district has set aside $150,000 for the months of April to June to providing food for families during the COVID-19 crisis.

With online learning a big part of the way students are connecting with teachers, the school district has loaned out 145 laptops and 91 iPads to students, said Pearmain.

The school district has also struck up a partnership with Evergreen Computers to retool donated computers and donate them to families who need them for school.