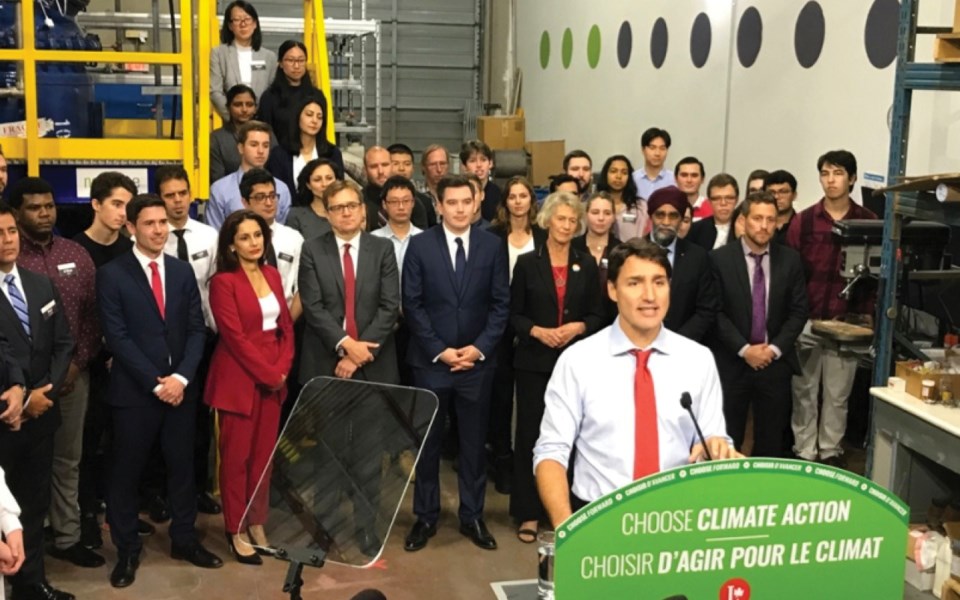 The Liberals unveiled their pitch to cut corporate taxes by half for 'cleantech' companies — aka those that produce zero-emission technology.

Smaller companies would see a cut to 4.5 per cent of their corporate taxes, while larger cleantech businesses could see a decrease from 15 per cent to 7.5. Companies will be reviewed for eligibility through a science-based process, the press release states. The cut could apply to companies involved in manufacturing-related to renewable energy, production of renewable fuel, zero-emission vehicles, carbon sequestration and removal tech, and electric vehicle charging stations among other sectors.

"We have the talent, we have the vision, and we have the reputation of being the best place in the world to start and grow a zero-emissions tech business," Weiler said in a press release. "I'm proud of the Liberal government's progress on addressing climate change. Today's announcement will help Canadians seize the immense economic opportunity in the transition to a clean economy and help protect the environment for generations to come."

In the Liberal re-election campaign, the party says one of its goals is to reach net-zero emissions in Canada by 2050, which they say will also create jobs.

Tofino is hoping for the return of a rising tourism tide
Aug 12, 2020 5:05 PM
Comments
We welcome your feedback and encourage you to share your thoughts. We ask that you be respectful of others and their points of view, refrain from personal attacks and stay on topic. To learn about our commenting policies and how we moderate, please read our Community Guidelines.