Absence of speculation and foreign buyers' taxes could be the reason: UBC professor
Jan 4, 2020 3:08 AM By: Steven Chua / Squamish Chief 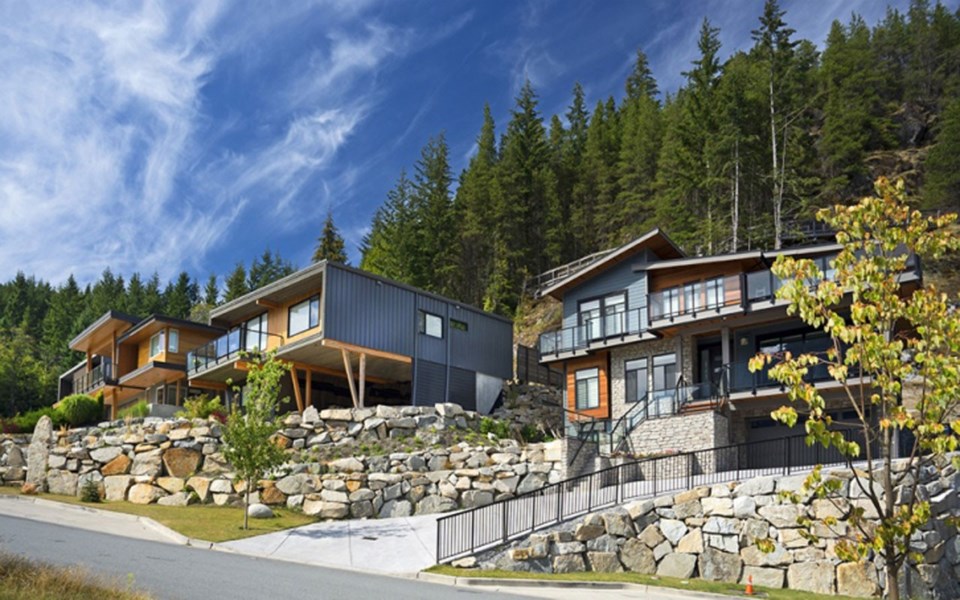 BC Assessment figures show Squamish is doing better than much of the Lower Mainland when it comes to detached home assessments.

The annual assessments were released on Jan. 2.

A UBC professor says this could stem from a lack of foreign buyers' tax and speculation tax in the area.

Thomas Davidoff floated that possibility after noting the town's detached home assessments have stayed roughly the same, while almost every other municipality in the rest of the region suffered drops, which could be as sharp as 16%.

He also noted this is likely a stronger possibility than the affordability crisis in Vancouver driving people up north, which could also be a factor.

That's because at the same time, as detached home assessments were maintaining, the average condo and townhouse assessments in town took a dip — same as with all other Lower Mainland municipalities listed by BC Assessment.

The provincial speculation and vacancy tax — which is separate from Vancouver's vacancy tax — ranges between 0.5% to 2%, with Canadian citizens and permanent residents taking the lowest rate. "Other" owners are taxed at 2%.

This levy went into effect under the NDP-Green government and aims to target foreign and domestic speculators who own residences in B.C. but who don't pay taxes here.

The foreign buyers' tax was implemented under the previous BC Liberal government and imposes a 15% charge. The idea is foreign buyers, who, in addition to speculators, have been blamed for the rising housing assessments in the Lower Mainland.

When looking at BC Assessment averages for detached homes of nearby communities, much depended on whether the municipality is north or south of town.

By contrast, Squamish had close to a 0% change. Houses were worth about $927,000 on average the previous assessment year, and have most recently been valued at $930,000.

However, north of town, our neighbours were doing noticeably better.

In addition to Squamish, the other two communities aren't subject to either the foreign buyers' tax or the speculation tax.

By contrast, Squamish and its northern neighbours were not exempt from assessment drops in the condo and townhouse market.

Squamish's strata residence assessments dropped by 4% on average. The town's average condo and townhouse assessment the previous year was $584,000. Now it rests at $562,000.

Whistler's assessments also dropped by 4%. Pemberton was not listed. Throughout the Lower Mainland assessment drops ranged from 0% to 15%.

"Depending on your location and property type, you will experience a different level of change on your 2020 Assessment Notice. Homes located in Whistler and Pemberton can expect a minimal increase in their assessments, whereas the rest of the region will likely experience a reduced assessment value."

For those dreading the prospect of paying their property taxes, there may be some help.

The B.C. Home Owner Grant has been set at $1.52 million for 2020, which means there may be some assistance for those who own property. The threshold is down from $1.65 million the previous year, due to declining assessments in B.C.

Applicants can get up to $570 for a basic grant and up to $770 if the home is located in a rural area, like Squamish.

Perhaps the biggest change in this year's Top 10 list is the introduction of Quest University and Don Ross Middle School. BC Assessment's deputy assessor, Brian Smith, said the schools are among the most valued properties in Squamish, though they are tax-exempt.

The other big change is the absence of the Sirocco and Waterfront developments, which had high placements in last year's Top 10.

They've been excluded this year because they're being split into individual strata properties, said Smith, who compiled the list for The Chief.

He noted there are two other properties under development that could also fit in the Top 10, but he didn't include them because they would also be subdivided, therefore reducing their value.

**Please note, a previous version of this story used the word "price," when it meant assessment.

Read the original version of this story here.

Horgan, Furstenau set to deliver speeches at UBCM convention
Sep 23, 2020 5:03 PM
Comments
We welcome your feedback and encourage you to share your thoughts. We ask that you be respectful of others and their points of view, refrain from personal attacks and stay on topic. To learn about our commenting policies and how we moderate, please read our Community Guidelines.