Mark Sky and his team will be racing in "World's Toughest race: Eco-Challenge Fiji" this fall
Aug 12, 2019 4:35 AM By: Jennifer Thuncher/ Squamish Chief 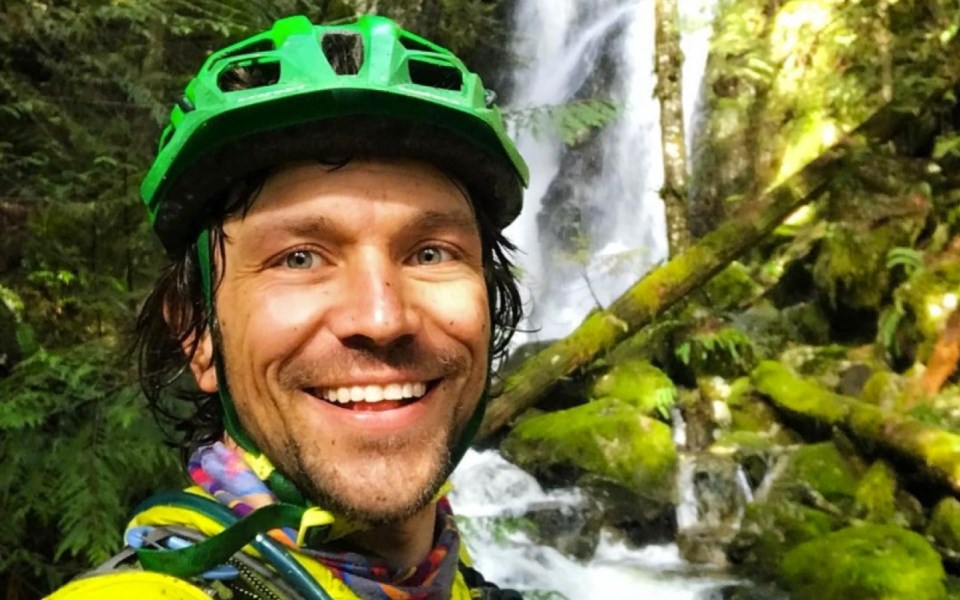 Though Squamish's Mark Sky has been in almost every adventure race situation imaginable, he worries about the impact of the jungle on his feet in this intense and televised race.

Sky, an adventure racer, guide and vegan endurance athlete will be racing with four other Canadians as Team Atlas in the Amazon Prime Video series, World's Toughest race: Eco-Challenge Fiji.

"I have been competing as an adventure racer in the world series for a couple of years now," Sky told The Chief.

"This was something that was a dream of mine to compete in. We applied, and got in."

The series is from television producer Mark Burnett of Survivor, and The Voice fame and is a reboot of his Eco-Challenge, from back in 1995.

Sky said he hopes the fact it is such a high profile show will get people from Squamish, and beyond, more interested in adventure racing.

There are over 60 teams from 30 countries competing in Fiji, racing non-stop, 24 hours a day, across hundreds of miles of rugged backcountry terrain that includes mountains, jungles and oceans.

"The course is a staggering [672 kilometres] with a record 330 plus athletes participating. We also have a record 35 camera crews capturing the action," reads a news release about the show.

To prepare for the epic race Sky said he trains almost every day, and has all year.

"I am out training on stand-up paddle boards, paddling in the rivers, kayaking, mountain biking, trail running, rock climbing, repelling, learning to sail and navigation — a bit of everything," he said.

Sky is racing with teammates he has partnered with for other adventure races: Alex Provost and Karine Corbeil, both from Montreal, and Lars Bukkehave of Denmark.

To represent Canada, the team needs three people from the country, which it has.

Teams are only allowed to navigate using a map and compass — not with GPS or other electronic devices.

An added wrinkle for Sky is that he has been vegan since 2013, but his teammates aren't.

"So they will kind of share their food, and I am kind of stuck with whatever I bring," he said, though he added in general, people assume they need more protein than they do and he can endure quite well on his plant-based diet.

"I am a person who primarily fuels myself using complex carbs and I use protein after... races and for recovery," he said.

What he is worried about in terms of the upcoming race is spending 12 days in the jungle with the heat and being wet constantly.

"Not being able to rest your feet is like tropical trench foot," he said. "I am worried about my feet blistering up and falling apart and all the skin peeling off by day six or seven or eight. You have to just keep going for days."

Sleeping outside in the jungle will also be challenging, he said.

"Just worrying about all the creepy crawlers that are going to be in and around you, because we won't be carrying tents, or anything. The lighter we go, the faster we can move."

"The Fiji course is truly epic. It's incredibly demanding and will force our competitors far out of their comfort zone as they race against themselves, their competitors and the fiercest elements of Mother Nature," said executive producer and host Bear Grylls in the release about the show. "Only the teams that work together can ever hope of making it to the finish line."

Sky said he considers his team elite and capable of winning the race. More than overcoming all the physical challenges, their ability to work together as a cohesive unit will be the key to victory, he said. The winning team gets bragging rights and $100,000.

"The teams that are going to keep themselves together when you are lost, when you are sleep deprived, when you are starving, when you are thirsty — when everyone is in so much pain — some teams will fall apart, other teams like us, we understand and we have raced with each other in the past and we put all that stuff aside," he said.

For more on the race and how to watch, go to www.ecochallenge.com.