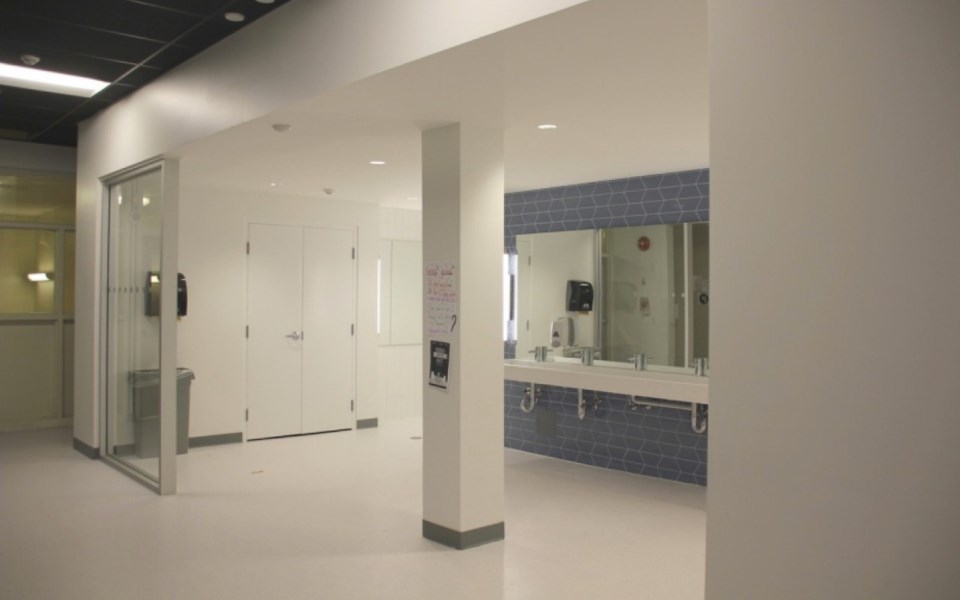 At first glance, you might not realize it's a washroom at all. First, the new facility at Squamish's Don Ross Middle School doesn't have a door. Across from lockers, you can see the large, open space's sinks and mirror. Nine stalls (including an accessible stall) have floor-to-ceiling doors.

There are no signs that tell you which gender goes where — these new washrooms are for any students to use.

"Normalizing and opening these areas is crucial to ensuring that our spaces at DRM are inclusive to all," principal Cory Hartling said in a press release. "Each stall is fitted with amenities appropriate for all genders, and include features like clothing hooks to provide a space for students to change in absolute privacy, if they so desire."

The new addition to the school was officially opened on Dec. 2. Soon, a dispenser for free pads and tampons will be added.

In total, there are 13 gender-neutral stalls, five of which are accessible. The school still has two traditional washrooms, which are separated by gender, that each have an accessible stall.