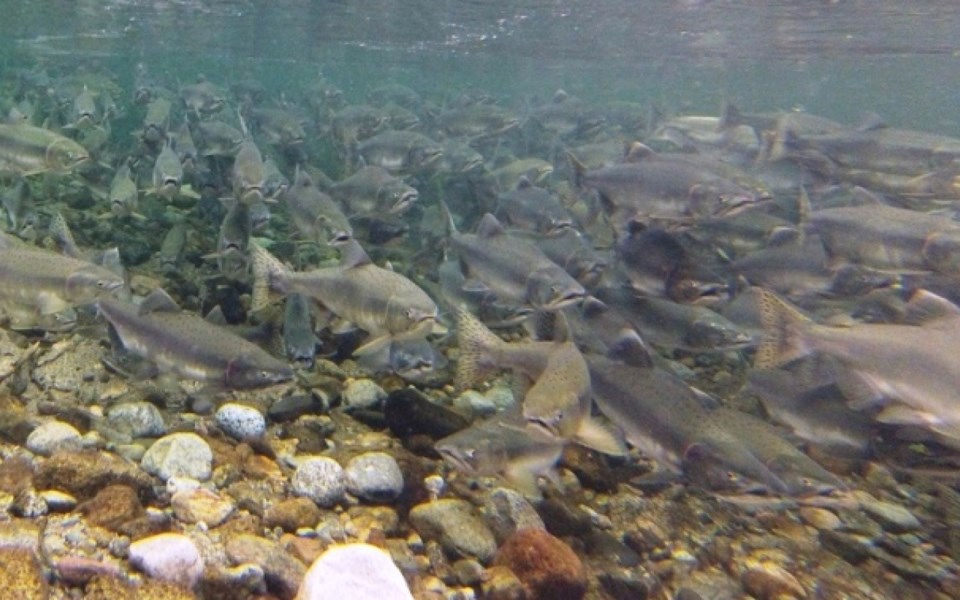 Pink salmon by the logjam swim through the Stawamus River. Photo: JOHN BUCHANAN

It's a message Squamish conservationists are putting forward after they found man-made dams blocking pink salmon from their spawning grounds.

Over the weekend, local volunteers helped open up at least one man-made dam on the Stawamus River by Valleycliffe that was blocking the fish from their destination.

"It looks like what people are doing is they're taking existing logjams — which mostly the fish can get by — and they're adding sticks, and they're mostly...building up dams with rocks, I guess, for swimming in," said conservationist John Buchanan, one of the volunteers who was part of the cleanup.

As a result, in a worst-scenario, many pink salmon could die in their efforts to reach their spawning grounds.

"The pink salmon are always odd-year salmon," said Buchanan. "Every two years, the pink salmon cycle happens. When they come in and they get blocked in like that, you can be talking thousands of mortalities because of people wanting to build their own personal bathtubs down there."

There's a good chance the people doing this are unaware of its effect on the salmon, he added.

At the moment, it's unclear who's responsible for creating the dams.

Luckily, it seems as if volunteers were made aware of the issue soon enough to prevent a serious problem from happening.

As of Aug. 26, volunteers are still planning to continue their work on opening up the dams.

"From what I can see, I think we caught it just in time," Buchanan said.