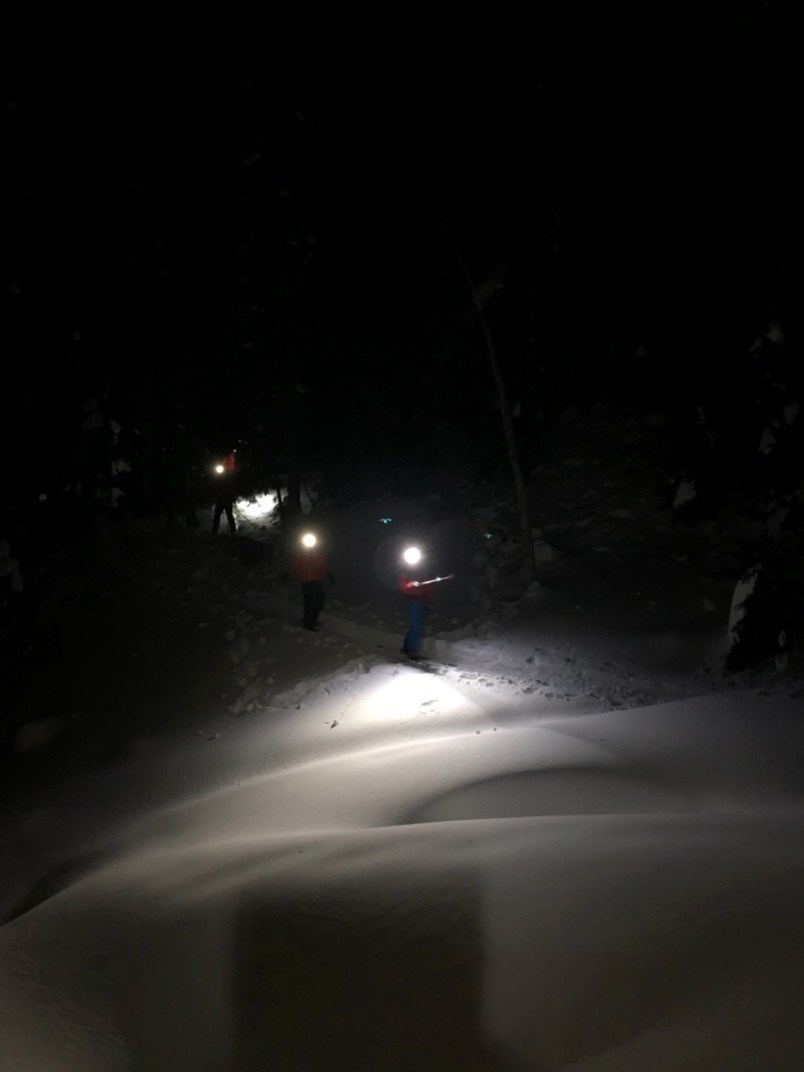 Members of North Shore Rescue were just sitting down for a meeting to discuss last week’s fatal avalanche and recovery mission when they were dispatched to find a snowboarder who went out of bounds and got lost in avalanche terrain.

A Surrey man and his friends ducked the rope at Cypress Mountain around 4:30 p.m. Monday to take some pictures when the subject inexplicably strapped on his snowboard and headed down Christmas Gully.

Thirty minutes later, he made one phone call to his sister but his battery quickly died, according to NSR team leader Mike Danks.

The snowboarder made it far as Strachan Meadows near the Howe Sound Crest Trail and assumed he could just walk himself out, but Danks said he headed in the wrong direction.

“He kind of just wandered around from that point, trying to orient himself. He was a very beginner snowboarder, not prepared for the conditions at hand - no avalanche equipment,” Dank said. “For him to snowboard down Christmas Gully with the conditions we have currently is very concerning. We’ve seen lots of avalanche in there.”

Cypress ski patrollers were the first ones to find the snowboarder. Together, with North Shore Rescue, they warmed him up, gave him fresh clothes and hiked him out.

“From what I was told, he was just incredibly naïve,” Danks said.

Remarkably, it’s the first time this winter North Shore Rescue members have been called to search for someone who deliberately went out of bounds. Danks said there has been a lot of media coverage about avalanche risk this year, which he’d like to think is helping, but the weather conditions may also be having a big impact on call volume.

“Whether people have actually been listening or people just haven’t been getting up to the mountains, I’m not sure,” he said. “We haven’t had a ton of fresh powder bluebird days and that’s typically when we get those calls.”