Environmental activist Greta Thunberg will be in Vancouver on Friday to take part in a 'post-election' Climate Strike. Thousands are expected to attend the rally to hear the 16-year-old Swedish climate champion speak before taking to the streets.
Oct 22, 2019 6:30 AM By: Elisia Seeber / Vancouver is Awesome 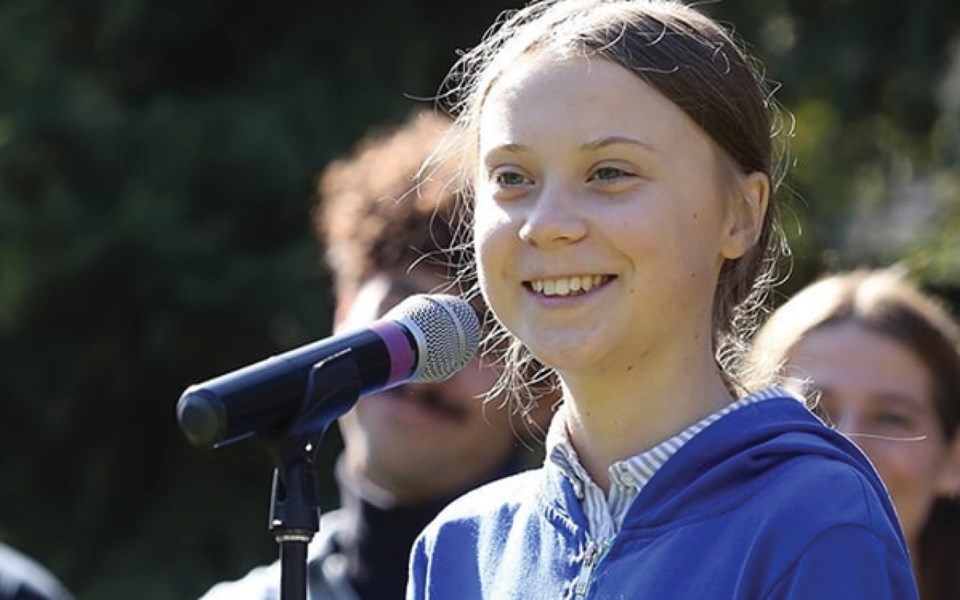 Environmental activist Greta Thunberg will be in Vancouver on Friday to take part in a ‘post-election’ Climate Strike. Photo: Instagram/ @gretathunberg

Environmental activist Greta Thunberg will be in Vancouver on Friday to take part in a 'post-election' Climate Strike.

Thousands are expected to attend the rally to hear the 16-year-old Swedish climate champion speak before taking to the streets. Thunberg is known for inspiring the Fridays For Future movement and weekly climate strikes to highlight the need for urgent action aimed at halting climate change. The youngster, who has been nominated for a Nobel Peace Prize, is making big-waves across the globe with her emotional environmental speeches.

Activists are set to gather at the Vancouver Art Gallery at 11am for welcome speeches before taking to the streets of downtown for a 3km march.

Thunberg spoke at a similar event in Edmonton last week, which attracted a crowd of up to 12,000.

The event follows a Global Climate Strike in September that saw more than 7 million people worldwide mobilized to demand climate action, including over 900,000 people across Canada.

In September, Thunberg was welcomed by thousands in Montreal where she was greeted as a "young warrior lady" by Assembly of First Nations National Chief Perry Bellegarde and marchers honoured her with signs declaring, "Make the world Greta again."

Meanwhile, tens of thousands of Vancouverites came together at Vancouver city hall before marching over the Cambie Street Bridge and into downtown on September 27 to demand action.

Organizers claim that was "only the beginning."

At Friday's event activists intend to "show that we will continue standing up to those in power for our futures," according to the Facebook event page.

Spokesman Sam Lin says now is the time for cross-party collaboration to battle the climate crisis.

"We call on the new MPs to act like adults, put aside your partisan differences and take action for a safer and more beautiful world for future generations," Lin says in the statement.

The strike will also feature an exciting announcement about a key next step in the Canadian youth climate movement.

— With files from The Canadian Press