When Scotland held a referendum on whether to become independent from the United Kingdom in 2014, a whopping 85% of eligible voters exercised their right to cast a ballot.
Oct 8, 2019 9:54 AM By: Mario Canseco / Glacier Media 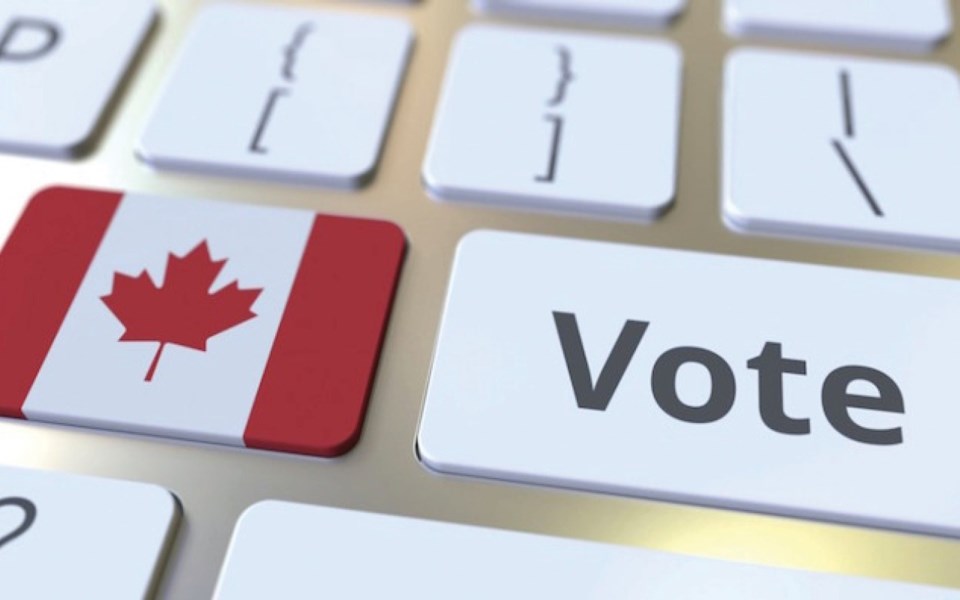 When Scotland held a referendum on whether to become independent from the United Kingdom in 2014, a whopping 85% of eligible voters exercised their right to cast a ballot. This was a significantly high proportion for a Commonwealth country that does not observe compulsory voting. Two years later, 67% of Scottish voters participated in the referendum on European Union membership.

In this century, no Canadian federal election has reached a participation threshold of 70%. The last one, in 2015, came close at 69% but was still lower than the two elections won by Brian Mulroney's Progressive Conservatives in 1984 and 1988 (75% for each). In 1992, 72% of Canadians cast a ballot in the Charlottetown Accord referendum.

There are many reasons that could be blamed for low voter turnouts in Canada. Campaigns may have failed to engage with voters. Certain groups of citizens may feel disenchanted with the options at hand and simply choose not to show up. The unrestrained partisanship endured by social media users could turn them off from politics altogether.

More than 20 countries observe some form of compulsory voting in national elections, including Australia, Brazil, Luxembourg and Peru. The rules vary when it comes to dealing with registered voters who break the law by not taking part in the democratic process.

In Australia, for instance, a fine of up to $150 may be levied if a voter cannot provide a plausible explanation for his or her failure to cast a ballot, such as religious reasons or illness. In Brazil, eligible voters aged 18 to 70 require a "voting receipt" to access key government services, including registering for a new passport or identification card.

Canada has not directly contemplated mandatory voting, although some parties have flirted with the idea of allowing residents aged 16 and 17 to vote in some elections. When Research Co. asked Canadians in the middle of a federal campaign, more than three in five (62%) believed voting should be mandatory in all federal elections.

Regulations call for Canadian federal elections to take place on the third Monday of October. Many countries, including France, Spain, Sweden and Switzerland, hold their ballots on a Sunday. In Israel, Singapore and South Korea, election Day is a national holiday, allowing citizens to cast their ballots without having to worry about arriving late to or leaving early from work.

Across Canada, 58% of residents would like to see election day declared a public holiday across the country. There is an age gap on the question related to having an entire day, free of work or school, to vote.

While only 48% of Canadians aged 55 and over like this idea, the proportion rises to 57% among those aged 35 to 54 and 72% among those aged 18 to 34. The would-be voters who are more likely to be studying or working on the third Monday of October are the ones who would like to have a full day to cast a ballot without pressure.

As this year's federal campaign has progressed, there has been plenty of disappointment about candidates not showing up for debates in their ridings. Similar experiences occurred in British Columbia in 2017 and Manitoba in 2019, usually with representatives of incumbent parties choosing to forgo these public appearances.

In campaigns that revolve heavily around the federal leaders – and this year, more than others, about what they have done and not done in the past – it can be easy to forget that we vote for the people who run in our respective constituencies. These debates provide an opportunity for voters to listen to candidates with more than talking points supplied by the "central campaign."

Almost seven in 10 Canadians (69%) believe it should be mandatory for candidates to attend at least one public debate in their riding with the contenders from other parties. This includes sizable majorities of those who voted for the New Democrats (74%), the Liberals (73%) and the Conservatives (71%) in the 2015 federal election.

Regardless of the final outcome of this month's election, discussions about how to improve the country's democracy are bound to continue. Issues such as enacting a form of proportional representation will continue to be pushed by parties that feel punished by the current "first past the post" system.

This survey shows that majorities of Canadians would like to have a full day to cast a ballot and are willing to enact compulsory voting in federal elections. It is also crucial to note that a significant proportion of Canadians are desperate to hear from their local candidates in a setting that goes beyond a rehearsed doorstep discourse or a five-second sound bite .

Results are based on an online study conducted from September 24 to September 26, among 1,000 adults in Canada. The data has been statistically weighted according to Canadian census figures for age, gender and region in Canada. The margin of error – which measures sample variability – is plus or minus 3.1 percentage points, 19 times out of 20.

Racism in B.C. healthcare: First Nations survey deadline is Aug. 6
Aug 3, 2020 6:41 PM
Comments
We welcome your feedback and encourage you to share your thoughts. We ask that you be respectful of others and their points of view, refrain from personal attacks and stay on topic. To learn about our commenting policies and how we moderate, please read our Community Guidelines.