To kill or not to kill? How conservation officers handle problem bears

Conservation officers use history to determine if large animals should be put down like ones recently in Coquitlam
Aug 3, 2019 1:05 AM By: Staff Reporter / Tri-City News 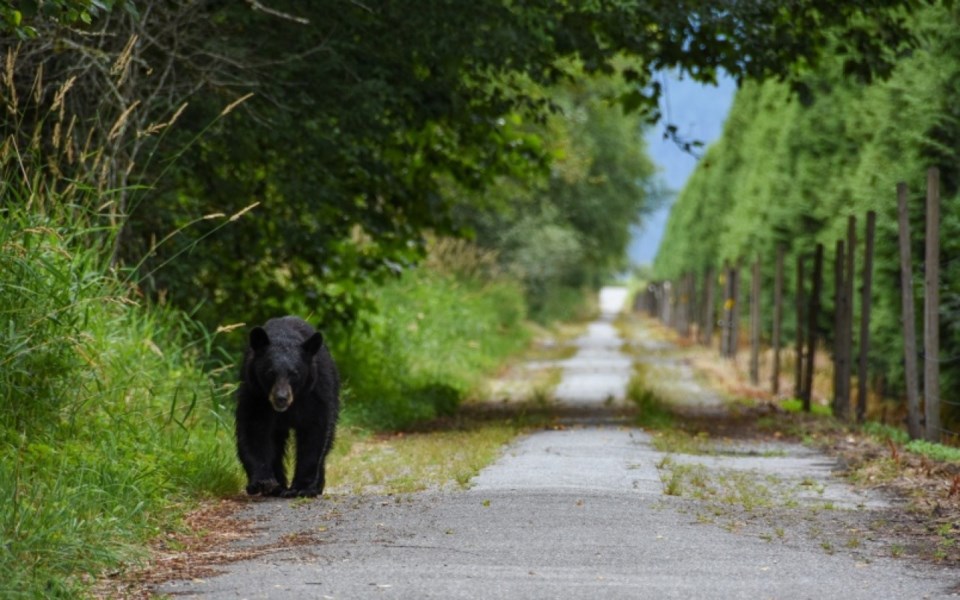 A bear slowly walks down the road toward the Minnekhada Regional Park entrance. Photograph By STEFAN LABBÉ

The B.C. Conservation Officer Service said it follows a provincial policy determined by government wildlife biologists and COS representatives when making its decisions on whether to relocate or euthanize large animals.

Factors that go into figuring out if a bear is a candidate for relocation include no human habituation. That means the animal has not lost its fear when confronted by a human presence, and it hasn't become used to human generated food sources.

The officers rely on reports showing an on-going history of human habituation and food conditioning to determine if the bear is not a candidate for relocation.

The service said in recent years it has consistently had to euthanize less than .5% of the bears involved in reported conflicts.

"Conservation officers, with the support of its municipal partners, make every attempt to correct the habits of humans, through enforcement or attractant management, before the bear's behaviour becomes problematic," said the service in an email to The Tri-City News. "Having to euthanize an animal is the most difficult part of the job for Conservation Officers".

B.C. announces 12 new cases of COVID-19, no additional deaths
Jul 7, 2020 7:02 PM
Government upgrades virtual identification options to obtain BC Services Card
Jul 7, 2020 3:37 PM
Grizzly bear cubs from Alberta find new home at the Greater Vancouver Zoo
Jul 7, 2020 3:18 PM
Comments
We welcome your feedback and encourage you to share your thoughts. We ask that you be respectful of others and their points of view, refrain from personal attacks and stay on topic. To learn about our commenting policies and how we moderate, please read our Community Guidelines.