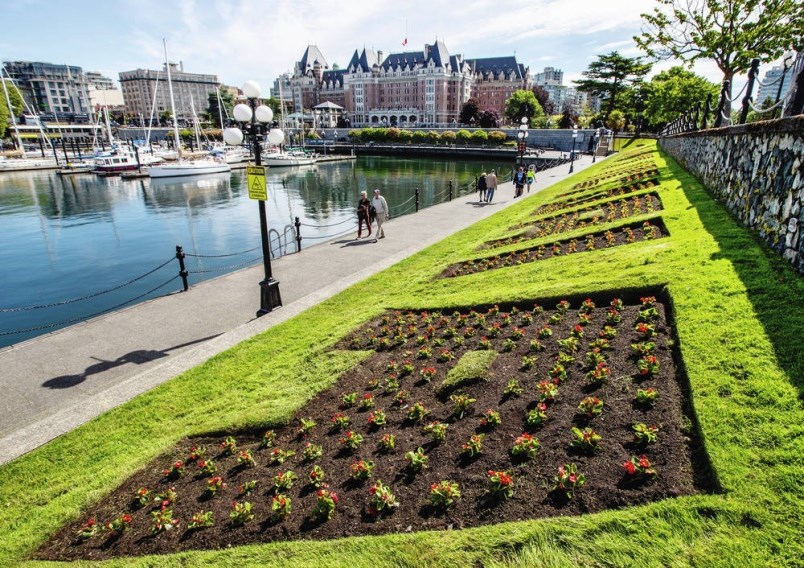 “It’s more than a trickle, but it’s definitely not a flood.”

That was Ian Powell’s ­reaction this week to the calls, web ­traffic and other inquiries for reservations at the Inn at Laurel Point this summer.

The province is poised to drop travel restrictions within the province June 15, as long as B.C. has 65 per cent of the adult population with a first dose and COVID cases and hospitalizations are declining. Victoria’s hotels are starting to plan for linen changes, ordering mini-bar stock and preparing for foot traffic in their lobbies for the first time in months.

“We are starting to get some people from the Lower Mainland now booking for the 15th onwards, on the assumption that everything will be fine,” said Powell, managing director at the Inn at Laurel Point. “We’ve had a decent uptick in the last couple of weeks.”

It’s a glimmer of light at the end of a long tunnel, said Powell. The spring circuit breaker, designed to drastically reduce COVID numbers, all but halted hotel business in the region, he said. “That was the biggest body blow of all, as we thought we were sort of past all that, it really took the team into a funk.”

Conversely, he said, when that circuit breaker was lifted two weeks ago and young people started getting vaccinated the mood changed completely. “It felt as though there was this lightness in the step. Those two things coming together changed the feel in the building, it was remarkable.”

Paul Nursey, chief executive of the organization, said their messaging is inspirational at first — a “see-you-soon” styled ad — until it is confirmed that restrictions are dropped on June 15.

At that point, Nursey said, they switch to a tactical approach and offer a similar deal to last year, so when people book a two-night stay they get a $75 gift card to spend in the community.

Nursey said they are launching a TV campaign that intends to draw visitors to small inns and bed-and-breakfast options. “They were hit particularly hard by the pandemic.”

A five-episode, 30-minute TV series focused on agritourism in the Saanich Peninsula, featuring farm-to-table and sea-to-table cuisine, will start to air in mid-June.

In July and August, Destination Greater Victoria will partner with Air Canada Vacations to continue its recovery campaign on a larger scale.

“We are also holding $1 million in reserve for when the U.S. border re-opens,” said Nursey. On Tuesday, Prime Minister Justin Trudeau said Ottawa will have announcements to make in the coming weeks about easing restrictions for people with all their required COVID-19 vaccine doses.

Businesses on both sides of the border have asked Ottawa to put a plan in place.

Nursey is in that camp.

“It’s very encouraging, but in the same way we were asking the B.C. government for a plan we are asking [Ottawa] for a plan and a roadmap,” he said.

Reid James, general manager of the Hotel Grand Pacific, said the prospect of an open border this summer would be great, but he worried proving vaccination status could be a challenge, as could getting all provinces on board given their varying ­circumstances.

For the time being, Nursey is focused on marketing ­Victoria to the Island and the Lower ­Mainland.

He expects the same pattern that emerged last year with most travel coming on weekends.

There have been signs the messaging is being well received, he said, noting the organization’s web traffic is up just over 50 per cent and social media engagement has significantly increased. “People are now starting to book their ­summer vacations.”

James said his hotel has seen an increase in reservations. “But it is gradual,” he said. “I expect the phone will ring more if we get the green light from the B.C. government for phase two. We are ready and excited to ramp up our business when the phones start ringing.”

B.C. Ferries said it is ­preparing for June 15.

“We know there is pent-up travel demand within B.C. and we are getting our teams ready to welcome recreational travellers back on board on all of our routes,” said spokeswoman Astrid Chang. “We will be adding sailings back into the schedule as we get into the summer season to ensure we have the capacity to meet the anticipated demand.”

Chang said traffic remains down significantly with vehicles down 45 per cent and passengers down 65 per cent on major routes.