Company says it has excellent emergency preparation procedures
May 1, 2019 10:05 AM By: Kelvin Gawley / Burnaby Now 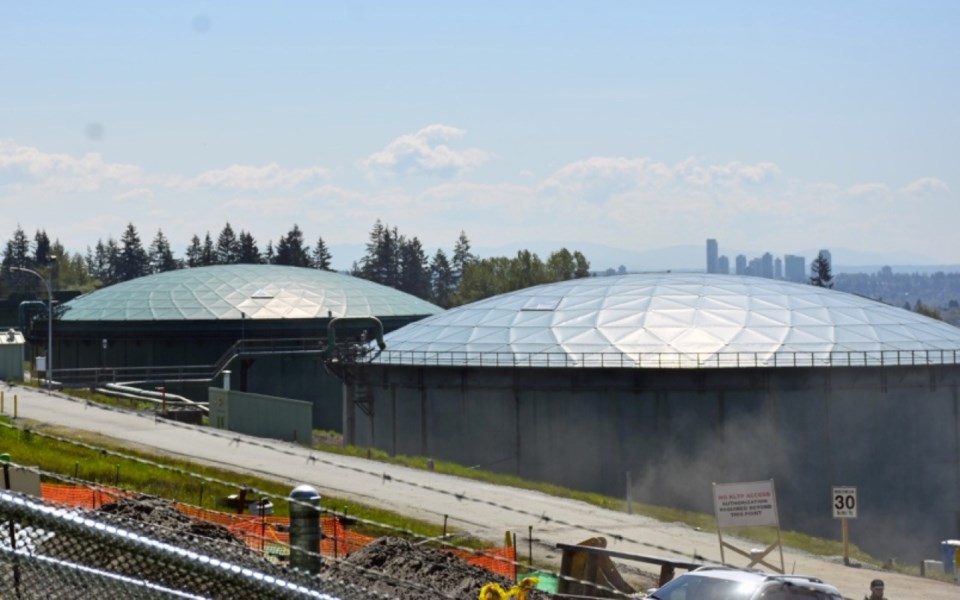 Tanks at the Burnaby Mountain tank farm built in 1953 (not shown) may not be strong enough during a major earthquake, group says. Photograph By KELVIN GAWLEY

Trans Mountain is defending its emergency preparedness after a politician, engineer, activist and geologist stood outside its Burnaby Mountain tank farm to accuse the pipeline company of potentially endangering thousands of lives in the event of a major earthquake.

Dunnet said existing Trans Mountain tanks could fail to hold their contents during an earthquake. While the company has published a report detailing how the tanks walls would withstand the ground-shaking forces during a quake, it does not take into account the force of sloshing oil within the tank.

The six tanks in question were built in 1953 and have moveable roofs that float on top of the oil. They were built to outdated standards without considerations made for lateral pressure from seismic or wind forces, Dunnet said.

While many people have raised concerns about the risks associated with the proposed expansion of the Trans Mountain pipeline – which would add 14 new tanks to the Burnaby Mountain site – Dunnet said the existing infrastructure already poses a serious safety concern to the 30,000 people who live within two kilometres of the tank farm.

"The serious risk is right now," he said.

In an emailed statement, a Trans Mountain spokesperson touted the company's safety record.

"In 65 years of operation, we've never had a storage tank fire or structural incident with one of our tanks. Although tank fires and seismic tank incidents worldwide are extremely rare, our prevention and emergency management programs are an integral part of keeping our terminals operating safely," the spokesperson wrote.

Trans Mountain – now a Crown corporation after the federal government purchased the existing infrastructure and expansion project from Kinder Morgan – has emergency response technicians, 24/7 monitoring for fires and a sprinkler system, according to its spokesperson.

The company filed a report to the National Energy Board, detailing its risk assessment undertakings, according to the spokesperson.

"The report identifies how the probabilities and consequences from tank failures during seismic events are quantified and combined mathematically to establish individual risk contours around Burnaby Terminal, and to assess the adequacy of secondary containment," the spokesperson wrote.

But Dunnet said that report "represents nothing structural."

"In no way did they analyze these tanks for failure," he said. "There's nothing there."

Clague said a major earthquake with an epicentre near Vancouver is unlikely.

"It's maybe, arguably a low-probability event, but the vulnerability, the consequences are enormous," he said. "So the risk is just off-scale."

The geologist underlined the risk the "sloshing" effect could have on the tanks.

"Earthquakes are notorious for producing sloshing of the contents of the tanks ... the material begins to slosh almost uncontrollably inside the tank." That movement exerts an independent force on the tanks "that can cause them to fail if they haven't been properly designed," he said.

Robinson used the press conference to call for an independent analysis of the six 1953-built tanks. He said he has major concerns about the risk of fire and spillover during an earthquake that would threaten residents in the area.