VANCOUVER — About 350,000 commuters in Metro Vancouver were spared the inconvenience of a full bus strike Wednesday after a month-long transit dispute ended with a tentative agreement.
Nov 27, 2019 8:05 AM By: The Canadian Press 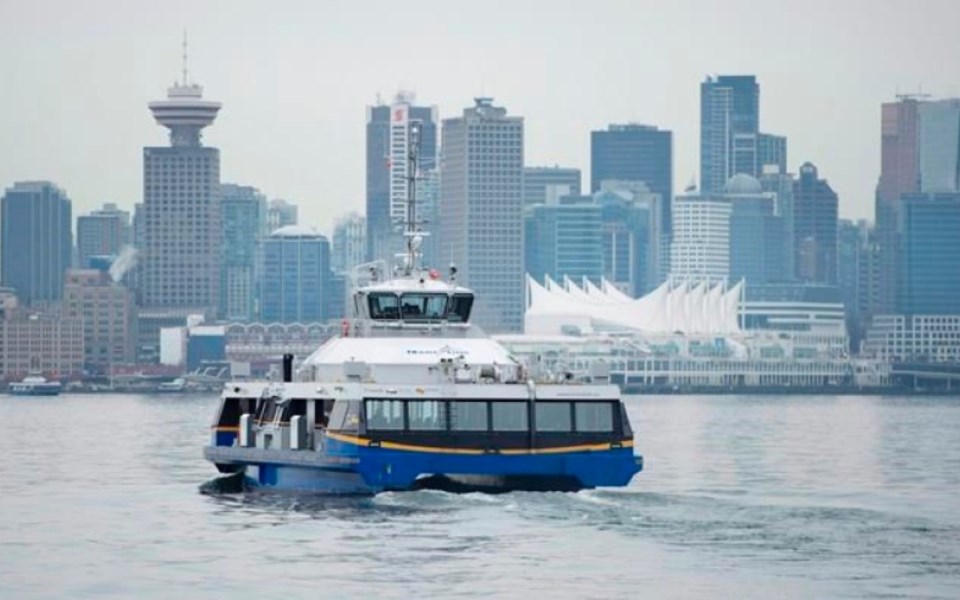 Downtown Vancouver is pictured in the background as a Seabus leaves North Vancouver. THE CANADIAN PRESS/Jonathan Hayward

VANCOUVER — About 350,000 commuters in Metro Vancouver were spared the inconvenience of a full bus strike Wednesday after a month-long transit dispute ended with a tentative agreement.

The proposed deal was reached after more than 10 hours of negotiations when Unifor agreed to extend its strike deadline past midnight.

"Transit workers stood up for one another and fought hard to get a fair contract," Unifor national president Jerry Dias said in a statement.

"Total service disruption was a last resort, so our members are relieved that they can return to serving the public."

Details of the tentative agreement were not disclosed, but wages, benefits and working conditions were the key issues in the dispute.

Before the deal was reached, Unifor complained that an offer from Coast Mountain Bus Company, the operator of bus and SeaBus services, wasn't comparable to salaries in other major cities.

Kevin Desmond, the CEO of Translink, the authority responsible for the entire transportation network in Metro Vancouver, countered that the wage offer was based on market conditions.

Coast Mountain said the offer that was on the table earlier this month included guaranteed recovery time for drivers and a wage increase of about $6,100 over the next four years, amounting to an annual salary of $69,000.

Under that proposal, the annual wage for skilled-trades workers at the company would have gone up by about $10,000 over four years, bringing their yearly earnings to $88,000.

Unifor said details of the final agreement will be released after ratification votes are held.

The union turned up the heat on the negotiations last week, warning of a complete shutdown from Wednesday to Friday if a deal could not be reached.

"I would like to commend both parties for working together and finding common ground to end this difficult chapter for our customers, employees, and the company."

This isn't the only labour dispute threatening to stall commuters in Metro Vancouver. SkyTrain workers voted in favour of a strike last week, although the two sides have scheduled mediated contract talks.

This report by The Canadian Press was first published Nov. 27, 2019.