PM careful not to directly criticize response from U.S. president
Jun 2, 2020 2:30 AM By: Tyler Orton / Business in Vancouver 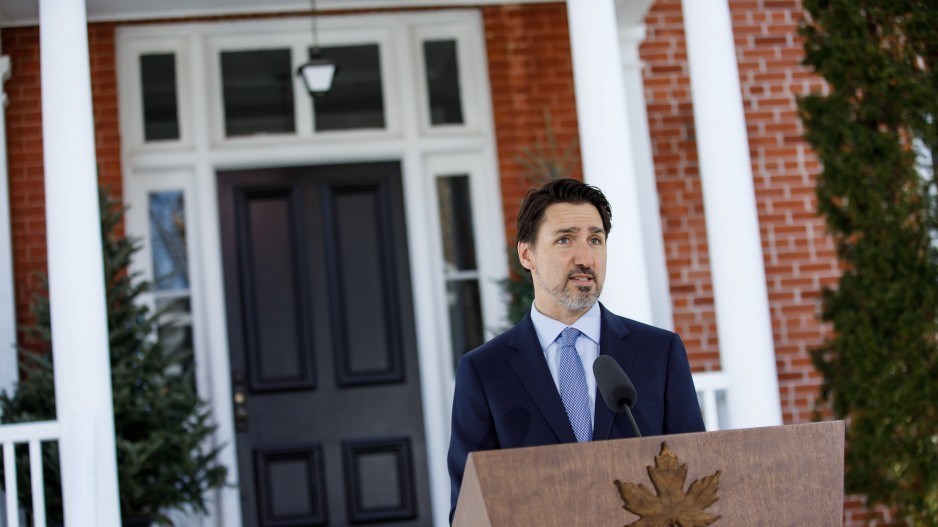 But the prime minister was careful to avoid critiquing U.S. President Donald Trump's response to widespread protests in the U.S. in the wake of the death of George Floyd, an unarmed black man who died during a confrontation with Minneapolis police last week.

When pressed to comment on Trump's urgings to use military force against those protesters, as well as the use of tear gas to make way for a presidential photo opportunity, Trudeau remained silent for 21 seconds as he appeared to contemplate a response.

When he eventually spoke, he did not directly answer the question.

"We all watch in horror and consternation what's going on in the United States," Trudeau said.

"It's a time for us Canadians to recognize that we too have our challenges."

The prime minister also provided an update during his briefing on the country's response to the COVID-19 pandemic, noting the federal government has secured 100 million surgical masks and 40 million gloves that it will be distributing to the provinces.

Ottawa has been securing syringes in anticipation of work needed to distribute a yet-to-be-made vaccine.

Trudeau name-dropped Kelowna-based Metabolic Insights Inc. as one of four Canadian companies receiving federal funds for testing for the coronavirus.

As part of the country's economic response to the pandemic, earlier in the day Innovation, Science and Industry Minister Navdeep Bains unveiled nine new members of the Industry Strategy Council, two of whom are based on the West Coast: Karimah Es Sabar, CEO of Quark Venture, who is representing the health and biosciences sector; and Karen Hamberg, vice-president of external affairs and sustainability at Westport Fuel Systems Inc., representing the cleantech sector.

While protests in the U.S. leave much of the country distressed, the prime minister was also pressed if Canada would introduce special measures for potential Hong Kong immigrants as Beijing escalates efforts to tamp down on freedoms in the semi-autonomous city.

The U.K. announced last week it would examine creating an easier path for immigration for Hong Kong residents, home to 300,000 Canadians.

Trudeau would not commit to such measures during his briefing, instead pointing to Canada's immigration system as one that can respond to particular challenges facing would-be immigrants.

He said he's hoping for peace, dialogue and a de-escalation of tensions in the city, and that he wants Beijing to engage constructively in talks.

Health officials warn British Columbians to hold the line amid bump in cases
Jul 15, 2020 9:41 PM
Comments
We welcome your feedback and encourage you to share your thoughts. We ask that you be respectful of others and their points of view, refrain from personal attacks and stay on topic. To learn about our commenting policies and how we moderate, please read our Community Guidelines.