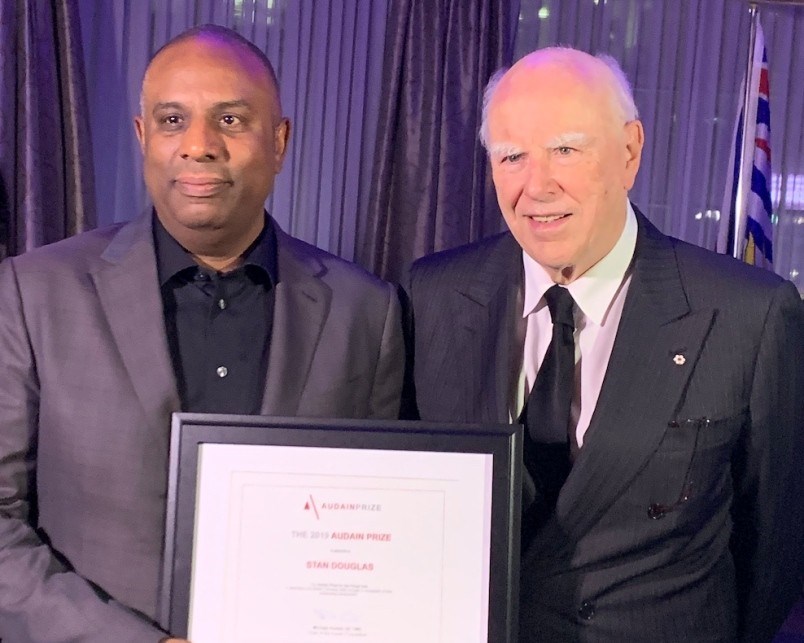 An artist who is known for his photo, film and video installations that examine social reality and history was awarded the Audain prize Monday night.

Stan Douglas, a contemporary artist, was given the $100,000 cash prize before a packed ballroom at the Vancouver Club.

The Audain foundation also announced the funding of five travel awards worth $7,500 each for students in university-level visual arts programs in British Columbia.

Established in 1997 to support the visual arts mainly in B.C., the Audain foundation says it has issued more than $120 million in grants.

It says the foundation now includes grants for wildlife conservation with a special emphasis on grizzly bears.

The Audain prize is now one of three annual, six-figure Canadian cash arts awards, with the other two being the Giller prize celebrating excellence in Canadian fiction and the Sobey art award for a contemporary Canadian artist under the age of 40.