Why this B.C. woman’s ‘cell phone in the car’ ticket should never have been issued

A great deal of attention lately has been paid to the case of a woman who was issued a ticket for having her cell phone in her cup holder in Vancouver. The phone was simply sitting in the cup holder, plugged into a charging cable.
Oct 5, 2019 5:00 AM By: Kyla Lee / Vancouver Is Awesome 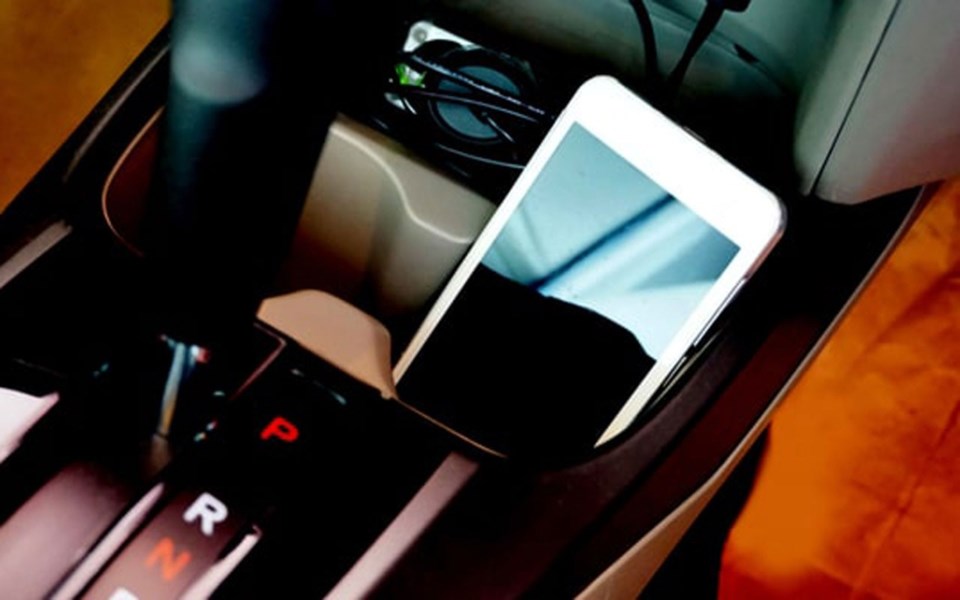 Cell phone in the cupholder of a car. Shutterstock

A great deal of attention lately has been paid to the case of a woman who was issued a ticket for having her cell phone in her cup holder in Vancouver. The phone was simply sitting in the cup holder, plugged into a charging cable. She was facing forward, with both hands on the steering wheel.

As she sat there, a police officer knocked on her window and issued her a ticket for using an electronic device while driving. This was despite the fact that she was not using the phone at all.

The incident has sparked a great deal of confusion about what constitutes using a cell phone while driving. And the confusion is understandable.

The B.C. Motor Vehicle Act prohibits the use of an electronic device while driving. And while the term use denotes, in a plainly common sense way, the typical acts associated with a phone like talking, texting, emailing, broadcasting a Facebook live video, or crushing candies, the definition in the Motor Vehicle Act is more broad than common sense would dictate.

According to the Motor Vehicle Act, use includes watching the screen of an electronic device or operating any of the phone’s features or functions. And that’s where the law gets tricky.

There are three B.C. Supreme Court decisions that have considered this aspect of the law. Two of those decisions have found that simply charging a phone, without an “associated act” is not sufficient to constitute use. The most recent case from the B.C. Supreme Court is a case called R. v. Partridge, where the judge ruled that the mere presence of a phone in a vehicle does not run afoul of the prohibition on electronic devices.

So why would this woman have been issued this ticket?

The reason for this is a recent decision out of traffic court, where the judicial justice sitting on a case decided that having a phone tucked under one’s leg constitutes use. However, in that case the court found that the accused was holding the phone by having it tucked under her leg.

Some police officers have relied on that decision to conclude that the B.C. Supreme Court cases in Partridge and Jahani were wrongly decided. But this is not the case. Nothing about the most recent decision authorizes the issuance of a ticket for merely having a phone in the cup holder.

Because the police are responsible for prosecuting their own tickets, even where a ticket is wrongfully issued or has been disputed, they have the right to cancel the ticket at any point. The current official policy for police in British Columbia is not to issue tickets to people who have their phones loose in their vehicles, unless there is something beyond the mere presence of the phone to distract the driver.

In this case, when word got out that the ticket was issued to this woman, the Vancouver Police Department acted swiftly to cancel the ticket. This was based on the weight of legal authority which supports that there was nothing unlawful being done in this case. Frankly, this was the right course of action.

Hopefully this case serves as a reminder to police to only issue tickets where there is the associated act that involves something beyond the mere presence of the phone in the vehicle.