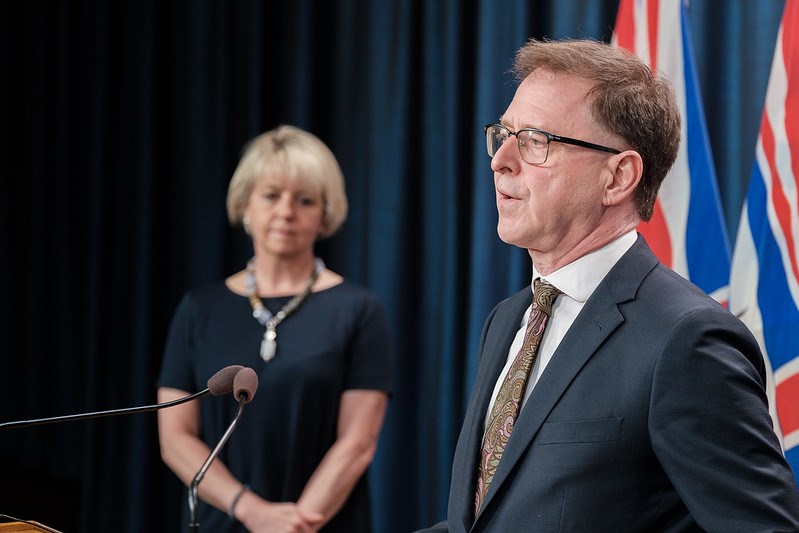 Steady vaccinations are helping B.C. reduce the spread of COVID-19, and limit the number of people in hospitals with the disease.

Unfortunately, three additional people with COVID-19 were moved to intensive care units of B.C. hospitals, bringing the number of COVID-19 patients in those wards to 44 people. One person also died overnight in B.C. from the disease. That person was in their 80s and had been infected as part of an outbreak at Richmond Hospital. That outbreak has since been declared over, but its effects continue to linger.

Of those, more than 97.8%, or 143,579 people are deemed by the province to have recovered because they are not thought to still be infectious.

For the 39th consecutive provincial data update, the number of those known to be actively infected in the province has fallen. There are now thought to be 1,451 people fighting infections, which is three fewer than yesterday.

There was good news on the vaccination front.

There were 66,729 vaccine doses administered in the past 24 hours – the most in a day since June 11. Health officials administered a daily record of 57,161 second doses as well as first doses to 9,568 others.

There are now approximately 76.5% of all B.C. adults who have received at least one vaccine dose, as well as 74.8% of all British Columbians who are aged at least 12 years.

"Invitations are going to tens of thousands of people every day now," Henry said.

However, there are some upcoming challenges with the vaccine supply.

"We know these speed bumps happen, and while disappointing, they are not unexpected," Henry said.

She added that the outbreak at the Cherington Place seniors' home in Surrey is now over.

All active outbreaks at B.C. hospitals have been declared over.