With a big vision that includes a few Aussies and a little Whistler influence, a Japanese resort could carve its line as one of the next world ski destinations
Mar 2, 2007 1:38 AM By: Mike Crane 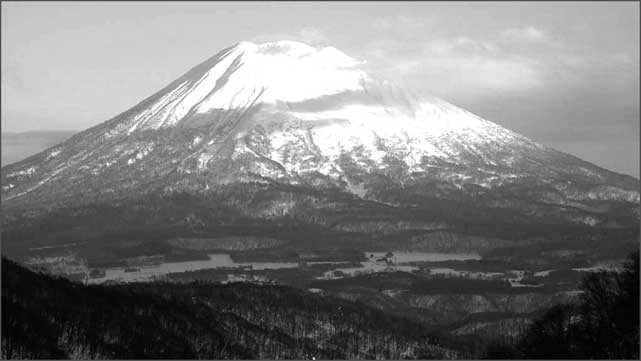 With snow gently falling in the northern, mountainous regions of Japan, another ski season is well underway. While Nagano, having hosted the 1998 Winter Olympics, is a well-known name, Japan is rarely viewed as an international ski destination.

But in a distant resort town across the Pacific a growing number of Australians are slowly getting the word out and trying to change the way skiers view Japan forever. Their efforts are partly inspired by Whistler, and perhaps should be closely monitored by Whistler.

Japan’s second largest and most northern island, Hokkaido, is home to a mere five per cent of the Japanese population. To most Japanese the island is famous for its seafood, dairy products and rolling wide-open spaces. Those who have visited in the winter, however, know that Hokkaido also offers the best skiing in Japan. They know that the air is cooler and crisper than at the more southern resorts and that because of this the snow is far more abundant and consistently drier and lighter.

Hokkaido offers a wealth of ski resorts. It is home to the best of the best and the jewel in its crown is the inter-connected ski fields that make up the Niseko area. Being one of the largest resorts in Japan, it is famous for its abundance of terrain. With an average 12 metres of snow annually, containing a marginal eight per cent water content, Niseko is also arguably home to the finest snow in Japan. Several visitors, in fact, tout the snow to be “the world’s highest quality powder.” With fronts consistently sweeping across the Sea of Japan from neighbouring Siberia, offering near daily accumulations, there may be some creditability to their claims.

Offering more than 1,000 metres of powder-laden vertical interconnected with 38 lifts over four ski areas (Higashiyama, Annupuri, Hirafu and Hanazono) all under one pass, Niseko has all the traits to carve a line as a world ski destination.

And since the early ’90s an increasing number of Australian pioneers have been successfully setting up shop in Niseko. Early comers started out in outdoor sporting businesses, such as rafting, and branched into tour operations, acting as agents for inbound Australian tourists. The most recent have been establishing themselves as property agents for a highly anticipated development boom.

In 2004 things took a significant step forward when, in the first acquisition of its kind in Japan, Australian based Harmony Resorts Niseko Pty Ltd (HRN) established a Japanese subsidiary, Nihon Harmony Resorts KK, and purchased the Hanazono ski area, including a golf course, from Japanese based Tokyu group. HRN brought together several key figures in the Australian ski industry, including a former Australian Alpine Enterprises managing director, with the backing of a group of investors.

It’s a reversal of the situation in the early ’90s when Japanese companies used to own large portions of Australia’s Gold Coast.

Since the acquisition, real estate has gone up four fold, Australian skier visits have almost tripled, international hotel chains have been watching with curious eyes, and another resort town is on the brink of exploding.

Nihon Harmony Resorts’ vision is simple: “To create a year-round destination resort of international quality at Hanazono.” Over the next 10 to 15 years it plans to transform itself into a resort village modeled after our very own Whistler.

The company also hopes to intercept some of the Australian skiers and boarders who travel to Whistler for their sliding fix.

With NHR looking to take its vision to reality they have turned to the Whistler-based resort development firm Ecosign Mountain Resort Planners, which has taken on over 225 resort development projects in 26 countries spanning six continents. Ecosign has worked on such resorts as Breckenridge, Mammoth, Winter Park, Mount Hood, Fernie, Sun Peaks, Sunshine, Mount Seymour, Blue Mountain, Mount Tremblant and, of course, Whistler-Blackcomb.

Ecosign’s president, Paul Mathews, has overseen roughly 40 projects in Japan and he has personally been to the country 150 times. Meeting at his Alpine Meadows office, surrounded by binder upon binder of projects from years past and those yet to come, he discussed the NHR project.

MC: Quoting an invest Japan report; Nihon Harmony Resorts plans to turn Hanazono into a resort village modeled after Whistler. Can you elaborate on how it will follow the Whistler model?

PM: Hanazono will follow three main principles of the Whistler model. First, it will be centralized around a pedestrian village offering beds within 450 metres of lift access. Second, it will focus on underground parking to maintain that pedestrian feel, which is a relatively new concept to Japan. Thirdly, it will take into account the “human scale” factor with most buildings capped at three to four storeys. Like Whistler, a large portion of ski in/ski out accommodation is key to the plan. We plan to utilize a new lift servicing the beginner area to expand that potential.

MC: What is Ecosign’s role in the Hanazono project?

PM : Ecosign is the master planner for the Hanazono project.

MC: Given that this project is for an Australian firm, what is in the works to keep Hanazono uniquely Japanese?

PM : Essentially all buildings stripped back to their basic shells are practically the same. It will be the external materials, design and facades that give the village a distinctively Japanese feel. One particular feature that we are excited about is that all buildings in the village will feature an onsen (hot spring). Onsen are a very enjoyable aspect of Japanese culture. Due to this most guest washrooms will not contain bathtubs and will only contain showers, which in turn will give the washrooms a more spacious appearance. Also, the rooms will be slightly smaller than the traditional western room but large enough to feel spacious for Japanese guests.

MC: Ecosign has undertaken several Japanese projects in the past. Is this Ecosign’s first resort project in Japan for a non-Japanese firm?

PM : Looking back I would have to say this project is unique in that sense.

PM : The single most important aspect will be the central pedestrian village offering commercial space on the ground levels and beds on the upper levels. Also extremely important is consistent international air access. Finally, it is important to increase summer activities to draw more visits in the summer months. While 12 months would be great, a resort must have a minimum of 10 months to survive.

MC: Based on your experience and knowledge of resorts across the globe what sets the Niseko area above others and gives it the potential to blossom into a true world class destination?

PM: Most definitely the snow. The snow in Niseko is of extremely high quality and is very consistent throughout the season. Also, the culture. Japan has a very interesting culture and offers some of, if not the best, dining in the world.

The plans are ambitious and include 8,300 pillows, 22,000 square metres of commercial space, a tubing area and the possibility of new lifts, including a gondola that will capitalize on summer sightseeing potential.

With an increasing number of new skiers/riders across Asia, and with the red-hot Chinese economy a short trip across the pond, the Niseko area sits poised for a phenomenal amount of growth.

Even before the acquisition of Hanazono, Australian visits to Hokkaido topped 14,000 in 2004. That’s a long ways up from just 2,900 Australian visits in 1999. A continuing strategy of Nihon Harmony Resorts will be to lure North American-bound Australians to try the Japanese experience.

It is expected that Japan will remain Hanazono’s number one client base, with Australians a close second. But with Australians staying an average 10.7 days, compared to the average three-day stay of the Japanese, Australians are getting special attention. They can take credit for having practically introduced the concept of long-stay vacations to the Niseko area.

Other markets will be Hong Kong, China and Korea in third, fourth and fifth respectively.

Air access is via Hokkaido’s New Chitose International Airport. It’s a two-hour train or bus ride from Hanazono, but Australia’s national carrier, Qantas, has jumped on board and commenced direct seven-hour flights from Cairns during the ski season. Compared to the marathon flights from Australia to North America, Qantas’s flights to Hokkaido offer Queenslanders a relatively short, hassle-free trip to the mountains, and there is only a one-hour time difference.

Local government seems thrilled at the possibility of boosting the regional economy and it is figured that the Hanazono development will force a revamp of the connecting ski areas as they compete for future skier visits.

However, with a highly disproportional balance of winter to summer visits — roughly 9:1 — much needs to be done to attract visitors in the summer. While rafting and some sightseeing keep a few people in town, many operators opt to shut down for most of the summer season, resulting in a ghost town atmosphere.

Having visited Niseko in both summer and winter, I have fond memories of carving lines in the light snow and hiking up to some of the mountaintop lakes, all in between soaking my worries away in the many local onsen.

The lifts don’t stop when the daylight fades into darkness, as a massive night skiing area keeps Niseko going non-stop. The only problem is having your mind convince your legs you need just a few more hours of indulgence. Who knew those perfectly spaced tree runs were accessible over 12 hours a day?

When your mind finally surrenders to the cries of two abused, yet content legs you can reward them. With several hot springs in the Niseko area you can soak away your pains before answering the call of your futon. What could be better than a relaxing soak in a rotenburo (outdoor hot spring) while watching the next day’s freshies gently fall from above?

The resort itself is shadowed by the snow-dusted Yoteizan, known as “The Mt. Fuji of Hokkaido”, standing a proud 1,893 metes in the background. Beyond Yoteizan lies vast open land, which stands in stark contrast to Tokyo or Osaka and leaves you to ponder why more Japanese don’t live up in this outdoor Mecca.

Hanazono and the Niseko area in general have a lot to put on the table and sit in a prime position to offer more amenities as time goes on. Where infrastructure may be lacking the right plans seem to be in place, and with a little luck a quiet and unknown mountain resort may find its way onto the world map.

It is yet to be seen whether this venture by an eager Australian company wading into un-chartered waters will have any impact on the flow of North American-bound skiers from the Far East and Down Under. Only the skiers themselves will decide if a quick flight and lighter snow is a fair compromise for half the vertical and a fraction of the grandeur of Whistler.