B.C.'s reliance on foreign productions will require dealing with border restrictions first
May 4, 2020 3:40 AM By: Tyler Orton / Glacier Media 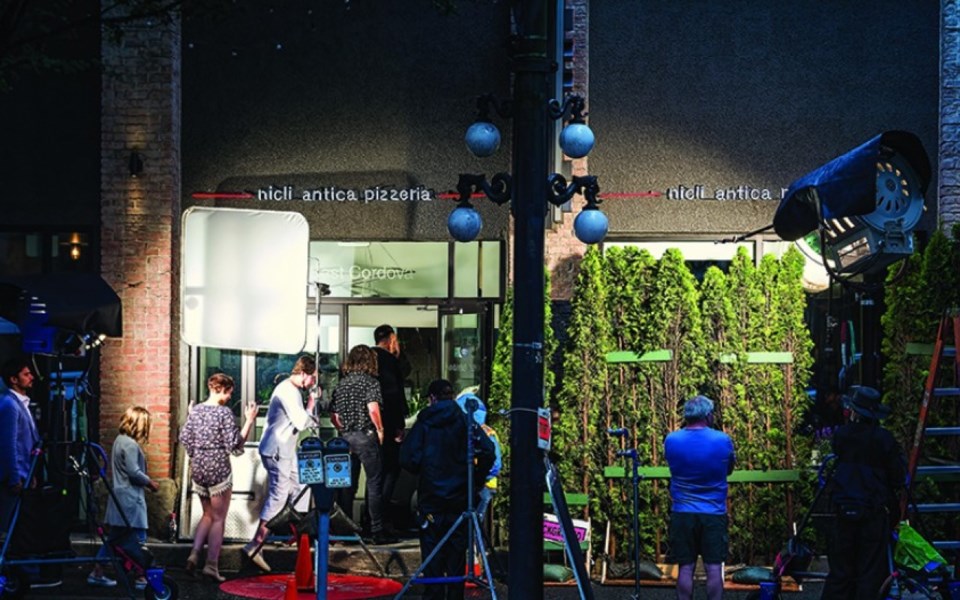 If B.C.'s film and TV sector can make buildings safely explode for the cameras, Phil Klapwyk feels confident his industry can devise ways to make workplaces safe from COVID-19 when productions resume.

"These are challenges or difficulties with safety that are being contemplated by some of the most creative and innovative professionals that B.C. has," said the business representative for IATSE Local 891, the labour union representing 9,000 artists and technicians in B.C. and the Yukon.

First up will be dealing with border restrictions, which Klapwyk described as being a particularly thorny issue.

Service work for foreign productions accounted for $2.82 billion out of the $3.4 billion of B.C. film and TV production volume generated during the 2018-19 fiscal year, according to the Canadian Media Producer Association's (CMPA) Profile 2019 report.

Restrictions against non-essential travel between the U.S. and Canada will remain in effect until at least May 21.

B.C.-based Liz Shorten, chief operating officer for the CMPA, said her industry is developing protocols for quarantine measures, which could either apply to sets used for filming or to industry professionals entering Canada for work.

Protocols involving personal protective equipment and sanitation, as well as potential new requirements such as providing an on-set nurse, are among the most pressing matters that must be addressed before productions can resume, she said.

Peter Leitch, president of North Shore Studios and Burnaby's Mammoth Studios, said a timeline for how long it would take to restart productions after getting the go-ahead from government is difficult to determine.

But current productions – those with sets already standing – are the most likely to resume first, he said.

Leitch added that changes will even affect catering services, which will need to adjust how they serve food on sets that have smaller crews that must practise social distancing.

"If you're pushing a dolly around with a camera on it, there's no way the camera operator, and the dolly grip, and the focus puller [camera assistant] can ever be more than three feet way from each other. It's just physically difficult," Klapwyk said.

Considerations will also need to be made to facilitate good hygiene for outdoor location shoots as well concerns over sanitization before and after shooting at private homes.

Since productions were halted March 13 on the West Coast, more than 70 stakeholders – unions, producers, studios – across the country have been taking part in weekly conference calls to help navigate challenges facing industry.

Shorten said scripts may have to be adjusted to accommodate the new reality of working with smaller crews, while crowd scenes might have to be created digitally.

An April 21 report commissioned by the CMPA, meanwhile, estimated disruptions brought on by the pandemic could cost the industry $2.5 billion nationwide and affect up to 81,000 jobs directly.

Those estimates are based on production suspensions extending to the end of June.

What comes next in a second phase, in which production activity picks up significantly, remains difficult to discern at this point, Leitch said.

"That [first phase] might last for quite some time. That may be the new way of how we work until there's some sort of a vaccine. The worst-case scenario for us is that we have outbreaks in the film and television industry because we did the wrong things. ... So I think you'll see us erring on the side of caution. But that might be the new norm for quite some time.

This story is part of a series on the next steps for B.C. businesses across a wide range of sectors as the province edges closer to the easing of COVID-19 safety measures. Check out all previous stories in this series, and stay tuned for further stories being published throughout this week.

Anglers beyond frustrated with another season of chinook closures
Jul 11, 2021 8:00 AM