Dennis Perry was a natural choice for the B.C. Green Party, which is seeking to be taken seriously by voters in the 2005 election as a legitimate and realistic alternative to "politics as usual."
May 6, 2005 2:17 AM By: Pique Newsmagazine Staff 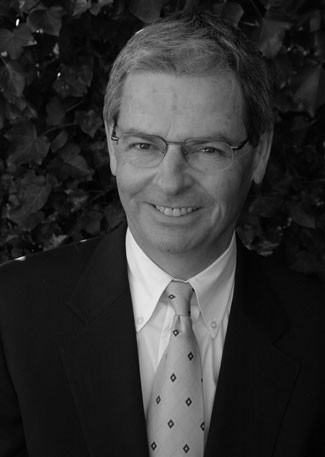 ThereÕs no question that Perry is an idealist at heart and a champion of environmental causes Ð a staple for any Green candidate Ð but itÕs his diverse business background that truly puts him on another level. With 35 years in investment banking, most recently as president of the pension fund management firm Connor, Lark & Lunn Arrowstreet Capital, Perry brings considerable economic expertise to the ticket as well.

Now retired, and clearly upset at the direction the province is taking, Perry threw his hat into the ring as the deputy leader of the Green Party of B.C., as well as the candidate for the West Vancouver-Garibaldi Riding.

While Perry would be an asset to any party, he said the GreenÕs offer something that the more established political parties cannot ÐÊa chance to make a real difference.

Pique: Why are you running for MLA of West-Vancouver Garibaldi?

Dennis Perry: After 35 years in business, after spending so much free time on conservation issues in the province, dealing with the government in betweenÉ sparked by VictoriaÕs handling of the tunnel issue at Horseshoe Bay, IÕve come to the conclusion that our democracy is broken. ItÕs gotten to the point where IÕm just fed up with this government.

And when I talk about it being broken, in the last election 45 per cent of eligible voters didnÕt even bother to vote, and that number is declining every year. I think itÕs the result of 30 years of polarized politics and extreme, arrogant governments like this one. Citizens have no voice in the process, communities have no voice, and Victoria doesnÕt want to listen.

I think weÕll see more people with my kind of (business) background in the Green Party coming forward and running for the Legislature, and doing better and better. WeÕre not just the party of the environment, weÕre also the centrist party, the forward party, the ahead party. WeÕre not restricted to old thinking like the old political parties are, given their historical platforms and the way they work Ð weÕre the party of optimism and idealism.

WeÕre also a young party. Having a business background adds some credibility, but we also have strong support from federal conservatives and provincial liberals who like what we have to say and the team weÕve assembled, and clearly recognize that weÕre a growing political force in this province.

Pique: How do you see your role as the MLA for West Vancouver-Garibaldi?

DP: To fill a big need that isnÕt being addressed for West Vancouver-Garibaldi at this moment, and thatÕs to be a strong voice on issues.

We have had no strong voice in the Legislature for a number of years, and thereÕs no reason to expect another backbench Liberal or even a low-level cabinet minister to give us that voice.

The Campbell Liberals govern in a very centralized, top-down way in which voices from communities have been lost.

I would be a strong voice in the Legislature. Any Greens that win will get a lot of media attention in North America. No Green has ever won in North America, although if you go to Europe the Greens are very mainstream and do quite well.

The thing is, at the start of the campaign all Liberal candidates were given Blackberries by the party, and every day they download messages from the party that theyÕre expected to campaign with. Nobody strays from the party line, everybody stays on message. In my mind thatÕs not very democratic, and itÕs another good example of what this Liberal Party is all about.

Pique: What are the issues that you see in this riding, in Whistler, Squamish and Pemberton, and how would you act on them?

DP: Being a loud voice for these communities is front and centre.

Sustainability is a big issue for all of Sea to Sky that has been overlooked. ItÕs not just (government) implementing economic development initiatives without confirming that there wonÕt be negative impacts on society or the environment. When you make decisions for short-term economic gain to the detriment of the environment and society, it turns into an economic disaster.

IÕd like to walk into the Legislature with new alternatives and possible solutions for sustaining the environment, society and economy.

My 35 years in business has instilled in me the necessity of having good economic policy and good financial management, and I have lots of experience to offer in that area.

That said I strongly support electoral reform because it will help to restore our democracy, and will return power to citizens, to our communities, and most importantly, to our MLAs, who at this point in the Liberal government are paralyzed and not able to speak up for their communities.

There are issues like logging the Powerhouse Plunge in Squamish, the tunnel at Horseshoe Bay, the twinning of the Port Mann Bridge that the Liberals have not dealt with, but are very important to constituents.

Pique: Affordability is one of WhistlerÕs top priorities. What would you and the Green Party do to make Whistler, and Squamish and Pemberton as well, more affordable?

D.P.: A major part of Green Party policy is prevention, and that means adequate funding for education, addressing poverty, providing low-cost housing, providing health care Ð all of those things. Other parties donÕt even begin to touch where we would go on prevention.

We are for having Crown Land dedicated to municipalities to build low-cost housing.

I should also mention that weÕre fully supportive of financial tools, a Liberal broken promise to Whistler at this stage.

The public opinion polls say that the Liberals will get 50 to 55 seats, another solid majority ÐÊall the more reason we should be voting for the all-around best candidate and not for the party in this election. And the best all-around candidate is the one who is the least restrained from speaking up for the community.

Pique: How about tourism? What role do you see in tourism in B.C.Õs future?

D.P.: I could never understand why this government did away with the Ministry of Tourism. ItÕs our number two industry and itÕs an industry that everyone in the world loves because itÕs relatively benign, with no major negative effects on society or the environment. We should be bending over backwards to help our tourism industry, which hasnÕt even begun to tap the potential of this province, particularly wilderness tourism.

Pique: What about the IPP issue? How would you like to see that resolved?

D.P.: On the surface, run of river hydro sounds positiveÉ but there is obviously issues so we need a comprehensive development plan, cumulative impact studies, absolutely before any new IPPs are proposed. We also need to address visual pollution in the way of power lines.

Pique: How about land use issues and competing interests?

D.P.: I was five years at the Lillooet LRMP (Land and Resource Management Plan) round table, and it was a great experience. Working with stakeholders is often excruciating, but in the end itÕs an incredibly valuable process. I look forward to working with communities on land use issues.

Pique: First Nations are playing a stronger role in the corridor. What do you see as the role of First Nations?

D.P.: Legal rights have to be respected, and we have to work with First Nations. But backroom deals between the province and First Nations that impact communities, that have no voice, is an absolute no-go. The Liberals Ð and this is another metaphor for the lack of democracy in the system ÐÊare a party dictatorship, and communities left and right are being blindsided.

Bill 75 (the Significant Projects Streamlining Act) is a good example of their intent.

We should speed (treaty negotiations with First Nations) up in a big way. Probably the only way that will happen is if the government stops trying to deny First Nations due process, when they have every legal right to it.

Pique: What message would you like to leave with voters?

DB: There are two things we need to do. To vote yes to the STVÉ and to put Greens into the Legislature for their ideas and positive solutions, and to take us into a new era. Polls have shown that British Columbians and Canadians want Greens in the Legislature to restore balance.

On May 17 elect me as your Green Party MLA. I think IÕve demonstrated my commitment to this community. I lived and worked in Squamish one summer when I was 17. I skied in Whistler the first year it openedÉ and from November to May IÕm up in Whistler every weekend, I have a place here.

I co-led a pack horse trip into Duffey Lake in 1963 with 22 horses out of Pemberton, and rode in the Mount Currie rodeo. IÕve also worked 25 years to establish the South Chilcotin Mountain Park and Big Creek Park.

YouÕre not going to find anyone more dedicated to representing these communities, or seeing the right things done, than me.