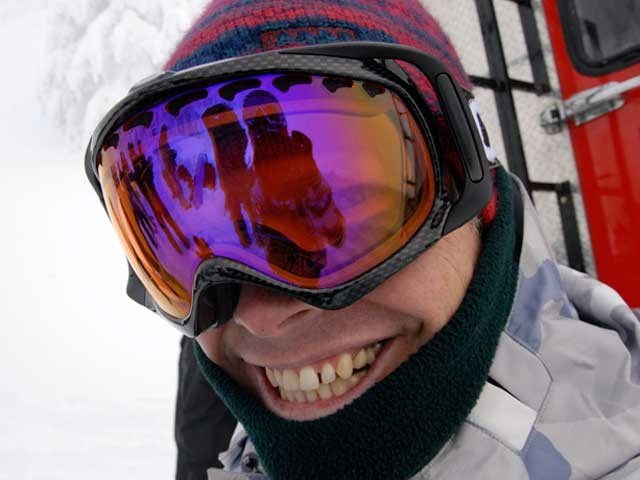 Since 1989 thousands of young snowboarders, skiers and more recently mountain bikers have flocked to Whistler to get a dose of the good life and spend part of their summer vacation at what has become the legendary Camp of Champions. Hosted by camp founder and snowboard hall of fame member Ken Achenbach, demand for the camp continues to be strong 20 years on.

Starting with a mere 75 campers in the summer of 1989, Camp of Champions now averages a thousand campers ever summer, with young ahtletes spending anywhere from five to 29 days honing their skills on the Horstman Glacier and in the Whistler Mountain Bike Park, all under the watch and guidance of an impressive list of professional athletes coaching their development.

The park, for which COC has become legendary for, now takes a month to build in the careful hands of Steve Petrie and Arena Snowparks, and comes with a building cost of a cool half-million dollars — transforming a section of the glacier into eight lanes that make up the largest private summer terrain park on earth.

When camp is in session it takes roughly 100 staff to run the show and keep track of hundreds of campers at any given time. Staff include a wealth of coaches who are well respected athletes, as well as park builders, groomers, photographers, videographers, accommodation supervisors and drivers to make sure each and every attendee is having the time of their life. In fact, over the years quite a few campers have gone on themselves to follow the paths of those that once coached them and some have even returned to COC to coach the next generation of upcoming snowboarders and skiers.

When campers aren’t doing laps in the park or picking lines through the bike park’s Boneyard, they go zip lining, catch the latest movies, take in rounds of paint ball, hit up the skate park, hit some balls at the driving range, or simply relax at the beach with other like minded campers and sample a slice of life in Whistler.

Demographically, most campers hail from North America. In previous years a good percentage of campers came from Japan, while recent trends show that a growing number of Europe’s youth have been migrating over to Whistler for a camp session.

When camp is not on, three full-time year-round staff are constantly planning and setting up the huge logistical framework of hosting a thousand odd youth over the course of a summer by securing accommodation, transportation and activities for the following summer’s batch of attendees. I had the chance to meet up with Ken, who remains the camp director and was caught up in preparation frenzy getting ready for what looks like one of COC’s best years yet.

Pique: Stepping back 20 years, did you ever think that Camp of Champions would be where it is today?

Ken Achenbach: I hoped it would. I always hoped that by working to be the best camp possible, and not taking any shortcuts to get there that it would happen. Took a little longer than I thought but that's okay, I'm here for life.

Pique: What have been the biggest changes over the years to both the camp itself and those who attend it each summer?

KA: Every year there seems to be something new that changes everything. The only consistent thing is that campers say “The Camp of Champions changed my life”.

This year our big change was getting priced out of Whistler due to the Olympics then thankfully partnering with Whistler Blackcomb to make “The Dorm” our new base at house.

The biggest changes for us would be adding skiing in 1998 and mountain biking in the bike park three summers ago. It's made the camp dynamic. Snowboarders push the skiers and vice versa, making everyone better. Then, seeing kids try the bike park as a snowboard or ski camper and then coming back the next year as a bike camper.

In business school they say you should never hire your friends. To keep things fresh, we are constantly rotating the staff but still only hiring our friends. Our camp is the ultimate summer camp experience because we hire our friends and have such a family vibe. It's so cool to watch the X-Games and the U.S. Open and all the different contests and see our campers and coaches doing so well.

It’s also really fun turning campers on to the Whistler bike park and helping spread the word on how great Whistler is to another sport.

Another big change was hiring Steve Petrie to build our park. We went from having a good park to having the best park in the world. It's amazing when pro snowboarders and skiers say we have one of the top three parks in the world... winter or summer. That's what we aim for every summer. The best park on earth and that every person that comes to camp, camper or coach, has to have the best week of their life.

It's really nice to hear from parents that their kid has a whole new outlook on life after coming to camp. We get a lot of parents that send their kids for years saying that it changes their lives. That really makes me happy as well. It's really fun to be the person that makes it possible for people to meet other like-minded people from all over the world. They see that the world doesn't have to revolve around money, jobs, materialism or any of the other things that get programmed into kid’s heads. Watching campers become aware that there is this whole world out there that involves having fun snowboarding, skiing or mountain biking and being somewhere fantastic like Whistler, and that they don't have to go down the well worn route that society says they have to follow is really great.

Pique: Percentage-wise, do you see more snowboarders or skiers and how many come specifically for the mountain biking?

JA: We are about 60:30 snowboarder to skier and then about 10 per cent mountain bike.

Pique: Any specific highlights that stand out over the years?

JA: Every year there is something that just makes you so stoked. Campers being so stoked on camp that they are crying when they leave are always a highlight. Hearing people like pro skiers Tanner Hall and C.R. Johnson (a former camper) say that one afternoon last summer was the best session in the history of new school skiing was pretty cool. Peter Line, Damian Sanders, Torstein Horgmo, Jon Olsson (another former camper) coming to camp and just making everyone's jaws drop with how good they were. Terje Haakonsen coming to camp as a 14 year old and absolutely slaying every single pro on the glacier.

Every day is highlight of some description. Watching campers that had never ridden in a bike park hit the big line on Dirt Merchant on their last day. It's funny how half the time the highlight for me isn't even the riding no matter how sick it is, it's just hanging out with 200 people just like you who like what you like and do what you do. For most campers that's their highlight of camp. For me it is too. I get accused of acting like a 14 year old a lot. Perfect. I think that means I have the best job in the world.

Pique: What’s up your sleeve this summer to set to the 20th anniversary apart from previous years?

JA: We have the first Bagjump in North America coming this summer. It’s a 50-foot by 60-foot inflatable high fall stunt bag that snowboard and ski campers can use as a safe landing when learning big tricks. It’s like a foam pit for snow. To see it, go to Bagjump.com.

We have what seems like every pro snowboarder and skier on earth dropping in for a session this summer. We have The Pirates Film Crew and Transworld Snowboarding Magazines’ entire office coming from June 21 to 28. They will be making videos and stories for next year’s magazines and for their online sites.

June 28 to July 5 we have almost every athlete on Oakley's snowboard, ski, bike and skate team coming and the stuff they have planned is mind blowing. I'm also looking forward to riding the bike park with Cedric Gracia and Brian Lopes. Snowboard Magazine is doing their first ever Shred Fest with team managers, campers and pros all competing as a team. July 5 to 12 we have the inaugural 4FNT Team Week with the entire 4FRNT Skis team coaching and doing contests with the campers.

We love 4FRNT, they got their start when COC digger Matt Sterbenz met COC camper Joe Stumpf. Next thing you know they are a ski company making great stuff. Nomis Clothing and Stepchild Snowboards will also have crazy things going on that week.

July 12 to 19 will have Nitro's whole team arrive and blow up. Threeightwo, a contest series from the east coast will also be here this week.

The coolest part too is that all the campers will be a part of it. COC isn't for the pros, no matter how many turn up. COC is for the camper. Always will be.