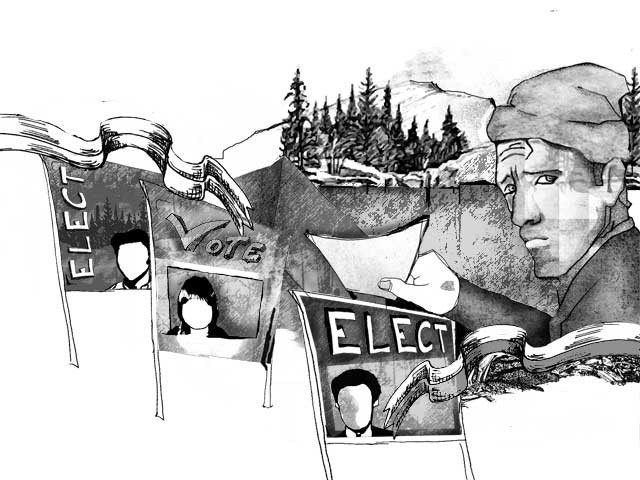 Whistler is at a crossroads. And while that’s exactly where we seem to be every three years when municipal elections are held, it seems to ring especially true this year against the backdrop of challenges that will face the next mayor and council.

The group elected on Nov. 15 won’t have to make some of the tough decisions faced by the previous council as the Olympics draw nearer — Lot 1/9 has been cleared of trees, Rainbow and the athletes’ village are under construction, the library is complete, property taxes were increased and the public prepared for more increases in the future; everyone at municipal hall got a raise, the landfill has been closed, the compost facility is almost finished, the sewage treatment plant in being rebuilt and expanded without a private partner, and deals have been reached with the province and First Nations regarding land banks, hotel tax revenues, the Class 1/6 strata hotel tax issue, the day lots and mitigating the Fitzsimmons Creek land slump.

The next council will have to deal with the Games themselves and the immediate aftermath, the chronic shortage of seasonal employee rental housing, the future of the “bed cap” on development and the decline of development revenues, the transition to pay parking, managing the community forest, and, most importantly, hashing out a long-term municipal budget that could result in painful service and staffing cuts, higher property taxes, or a combination of both. The economy also threatens to be a long-term concern for the resort, and the pressure to diversify the economy will be intense.

Choosing the next slate of mayors, councillors and school trustees won’t be easy, but in addition to media coverage many candidates have created websites and Facebook pages to explain their positions on the dominant issues facing Whistler.

Non-residents who own property in Whistler can vote with two pieces of identification as well as evidence of their place of residence. If more than one person owns a property (e.g. quarter share), only one owner may register and vote, with the written consent of a majority of the other owners.

Meanwhile, council candidate Chris Reading has said he is no longer interested in running.

“In the last, short while, my previous engagement in business, personal and history have made it very hard for me to keep deadlines across the board,” said Reading.

“As these obligations are directly attached to the personal interests of employees, friends and business partners, I feel that my quality of performance would not be up to the expectations of the community…. I would like everyone to consider a more experienced and available candidate as a better choice.”

Since the deadline to withdraw has already passed, Reading cannot legally step out of election race, and his name will still be on the ballot.